Why Are Gog And Magog Still A Mystery?

In the Quran, in surat Al-Kahf, there is the story of Dhul-Qarnain and how constructed a barrier to confine the Gog and Magog. The Quran is quite clear in the materials used to construct this barrier, i.e. iron and copper, which leaves no doubt that this is a physical barrier that can be touched and seen- not something that is simply metaphorical. As such why has no one discovered it and why is it not visible via satellite imagery whilst we can pick up things like the great wall of china as well as other geospatial substrata of the earth? This wall constructed by Dhul-Qarnain has clearly been constructed on the surface of the earth because the Quran clearly mentions it being constructed between two mountain cliffs. So why has no one discovered it as yet? The Gog and Magog are supposedly very large in number so it must be a vast area in which they have been confined. Since the earth isnt very big and most if its surface has been mapped why hasnt this wall ever been discovered? I acknowledge there are parts of the earth that remain to be discovered, but these are mostly areas that are beneath the seas and we clearly know from the Quran that this wall is not beneath any sea. Please provide a detailed answer. 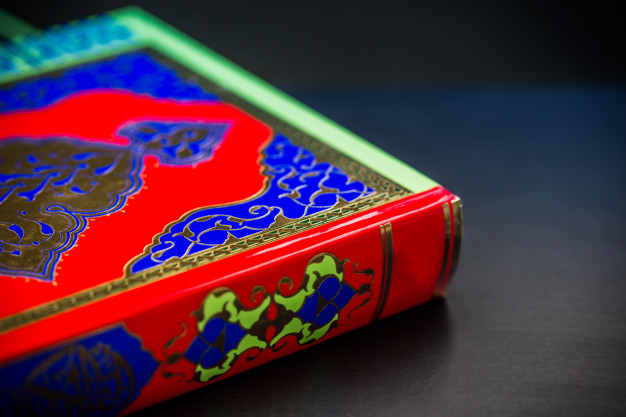 Let’s agree first that we have the right to ask the questions we do not have answers for. But what is more important is to ask questions that benefit us in our relation with God (Allah).

The stories mentioned in the Quran are meant for us to take lessons from and ponder on.

There are two references to Gog and Magog in the Quran. The first reference is cited in Surat al-Kahf in verse 92-102 which is connected with the story of Dhul-Qarnayn.

After reading these verses, we must confirm: that there is no doubt that Gog and Magog are two huge nations of the sons of Adam.

And the barrier built by Dhul-Qarnayn is real and not metaphorical or imaginary. It is built with iron and melted copper.

Gog and Magog used to spread mischief on earth; therefore, Allah gave Dhul-Qarnayn the power to build a barrier to detain them.

This is what is well-documented in the Quran. What goes beyond this is subject to different interpretations and personal reasoning.

From the Prophetic traditions, we are told that Gog and Magog still exist and they try their best to destroy the barrier built by Dhul-Qarnayn:

The Prophet (peace be upon him) said that Ya’juj and Ma’juj are digging every day until they can almost see sunlight. Then the one who is in charge of them says, “Go back, we will dig again tomorrow”. Then Allah restores (the barrier) and makes it stronger than it was. (This will continue) until the appointed time.

When Allah wishes to send them against the people, they will dig until they can almost see sunlight, then the one who is in charge of them will say, “Go back, we will dig again tomorrow, insha’Allah”. This time he will say “insha’Allah”, so when they come back (the next day), they will find it as they left it, so they will dig their way out and emerge to attack the people.

They will dry up water (by drinking it, because of their great numbers), and the people will seek to protect themselves from them in their fortresses. They will fire their arrows into the sky, and the arrows will come back down covered in blood (as a test for them), and they will say, “We have defeated the people of the earth and have gained the upper hand over the people of heaven”.

Then Allah will send worms on the napes of their necks, which will kill them. The Prophet said: “By the One in Whose hand is my soul, the beasts of the earth will grow fat from their flesh”. (Ibn Majah)

From the story of Dhul-Qarnayn we learn that he shouldered the responsibility of ruler, helped the weak, and protected them. Dhul-Qarnayn used the intellect that was given to him by Allah to reach a solution.

Another lesson is that the Quran directs us that Dhul-Qarnayn made use of the gifts that were given to him by Allah. The Quran says:

{We established his power in the land, and gave him the means to achieve everything. He travelled on a certain road} (Al-Kahf 18:84-85)

The second reference to Gog and Magog is cited in connection with the signs that will precede the Hour and will come at the end of time just before the Day of Resurrection:

{And when the peoples of Gog and Magog are let loose and swarm swiftly from every highland, when the True Promise draws near, the disbelievers’ eyes will stare in terror, and they will say, ‘Woe to us! We were not aware of this at all. We were wrong.’} (Al-Anbiya’ 21:96-97)

As for the location of Gog and Magog, let’s agree that there is nothing wrong with exerting some efforts by experts to locate Gog and Magog by all possible technological means.

We do not have any problem with any opinion that determines the geographical location of Gog and Magog as long as it is based on scientific evidence that does not contradict the teachings of the Quran and the Sunnah.

To sum up, all these are human interpretations and the truth is only known to Allah the Almighty. What we should do is to focus on what will get us closer to Allah before the appearance of Gog and Magog at the end times.