What Is the Meaning of Prayer in Islam?

What is the meaning of prayer in Islam?

Thank you very much for your question. It is our pleasure to answer it. 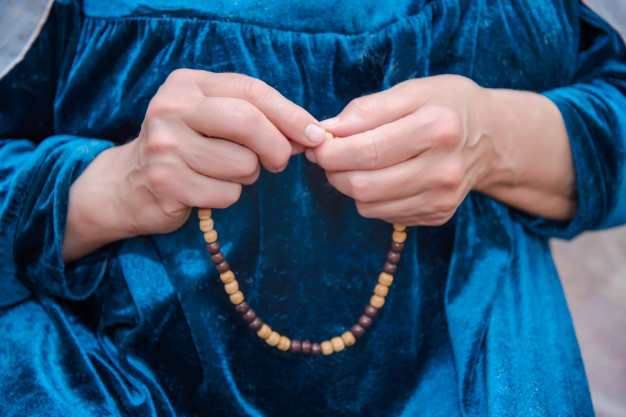 As Islam enjoined Prayer on Muslims, the Prophet of Mercy Muhammad (peace be upon him) expounded its nature and entity, and the Companions and their successors followed his suit, and the Muslim scholars were, and still are, applying the same course, Prayer has been technically referred to:

"The worship and glorification of Allah by specific words and actions, commencing with the words 'Allah is the Greatest' and ending with the words 'May peace and mercy of Allah be upon you'; It is a specially ordered and regulated form which the Islamic religion has brought into being and which all Muslims follow as a light and guide."

Nevertheless the word still retains its linguistic meaning of "supplication" and "glorification". The meaning of our saying "Prayers belong to Allah" is that Allah alone is entitled to receive the supplications whereby it is intended to glorify Him.

The meaning of our saying, "O Lord, bless Muhammad" is "O Lord, glorify him in this life by exalting his name; grant success to his mission, and preserve his Shari`ah(Islamic Law)."

Also, it means "O Lord, glorify him in the Hereafter by accepting his intercession on behalf of his Ummah (community of Muslims) and doubling his recompense and reward."

It has been said that its meaning originated when Allah commanded us to "pray for" the Prophet on whom He had bestowed His love, but because we are incapable of discharging that divine duty, we leave it to Him saying, "O Lord, bless Muhammad for You know what befits him."

The blessing of Allah on His Prophet is mercy, that of the angels is asking Allah's forgiveness, while ours is supplication and exaltation. Almighty Allah says,

Prayer is an individual duty incumbent on every sane and adult Muslim, man and woman. A child is required to perform Prayer from the age of seven so that he will be brought up to love it and will make a habit of it. He is to be beaten to perform it at the age of ten if by then he refuses to do so.

There are many verses in the Qur'an concerning Prayer. Following are only a few of them,

Verily, Prayer is enjoined on believers at stated times to be conducted at appointed hours. (An-Nisaa’ 4:103)

Verily, And enjoin Prayer on thy people and be constant therein. We ask thee not to provide sustenance: We provide it for thee. But (the fruit of) the Hereafter is for righteousness. (Ta-Ha 20:132)

And establish Prayer and pay alms and bow down in the company of others bowing down. (Al-Baqarah 2:43)

There are also many hadiths concerning the importance of Prayer, the obligation to perform it, its qualities, and the punishment awaiting those who renounce it.