Is the Quran Written for Men?

I am asking a question on behalf of a friend of mine who has shown keen interest in Islam. She has started to read the Yusuf Ali English Translation but has become troubled by a recurring theme she has noticed in the Quran. I have explained to her on multiple occasions how the Quran is a revelation for all of Mankind, irrespective of gender or race. However, she has pointed out several verses to me in which, something that should be universally applicable to both men and women, is alluded to only be applicable to the men. An example of this is found in Quran 5:6 where it discusses wudu. This is a ritual performed by both Muslim men and women yet a particular extract of the verse says "or ye have been in contact with women" She has asked me: "If the Quran is for women too, why doesn't the verse say something along the lines of "or ye have been in contact with your spouse" or "if ye have had lawful sexual intercourse". I was wondering is this a case of poor English Translation? Is the Authentic Quran in Arabic more inclusive? Is this verse implying that a woman doesn't need to take wudu if she has slept with a man? If so, why? I tried to find an answer for her because I feel it raises a valid point. If the Qur'an is directed at both male and females (with the exception of many verses directed solely at a particular gender), why is it not shown in Allah's commands to his people? I hope to hear from you soon. She is very interested in Islam and is considering reverting. 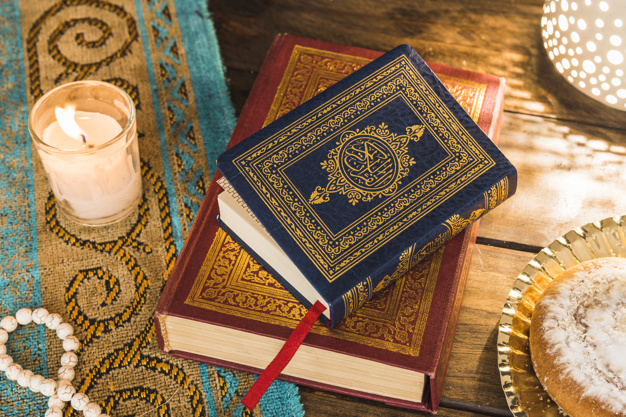 A Message of Thanks

We would like to thank you for asking this question on behalf of your friend. We are happy that your friend is showing some interest in Islam. We highly encourage you help your friend get a better understanding of Islam and Muslims.

Being a good friend is a good way to present Islam to your friend. Islam is all about manners and ethics.

Please feel free to send us any more questions on behalf of your friend. We are always there to help her find her way to Islam based on full conviction.

Men and women are on equal footing in Islam. Women are in no way inferior to men. Islam does not differentiate between men and women in terms of rights and obligations.

People, be mindful of your Lord, who created you from a single soul, and from it created its mate, and from the pair of them spread countless men and women far and wide; be mindful of God, in whose name you make requests of one another. Beware of severing the ties of kinship: God is always watching over you. (Quran 4:1)

Simply put, there is no right granted to a man of which a woman is deprived for the mere reason that she is a woman.

As men feel, women feel too. Women are human exactly like men. The Prophet is reported to have said:

Who Was Created First?

According to the Quran, Adam was created first and then Eve was created from his rib. Why? The following verse answers this question:

It is He who created you from one soul and created from it its mate that he might dwell in security with her… (Quran 7:189)

Eve was created so that Adam would feel secure with her.

In another verse, we read:

And of His signs is that He created for you from yourselves mates that you may find tranquility in them... (Quran 30:21)

A man can do without anything except with his source of comfort and security, i.e., the woman. Hence comes the importance of creating women.

Based on this understanding, it is normal to use the masculine to go in line with the order of the creation of males and females.

The Quranic discourse is not only for men. When we read the Quran carefully, we can identify three types of discourses.

1- A discourse which is directed to men only. For example, we read what means:

2- A discourse which is directed to women only, for example the verses about the waiting period and hijab.

3- A discourse which is directed to both men and women. This discourse is expressed in the masculine form. The verses that begin with “O children of Adam”, or “O you who believe” fall under this category.

No Need for Repetition

Another point is that the discourse is given in the masculine to avoid unnecessary repetition. We cannot expect that after each order for men, there should be an order for women.  For example, in the verses that begin with “O sons of Adam” we cannot expect that the following verse should read “O daughters of Adam”. If that happens, it would be redundancy.

Scholars of the Arabic language agree that the masculine is very easy to use. That is why the discourse of the Quran is expressed in the masculine.

Nature of the Language

We have to understand that the Quran was revealed to the Prophet (peace be upon him) in Arabic and the style of the Arabic language considered the culture of the people at that time in which man shouldered the responsibility of maintaining and caring for the family. Had the Quran provided a different style, it would have been claimed that it distorted the language of the Arabs.

Therefore, the nature of the masculine discourse is in conformity with the properties of the Arabic language in which the Quran was revealed.

Indeed, We have sent it down as an Arabic Quran that you might understand. (Quran 12:2)

Your friend’s question is not strange. It is reported that a female companion once asked the Prophet:

“Why are women never mentioned in the Quran as men are?” (At-Tirmidhi) 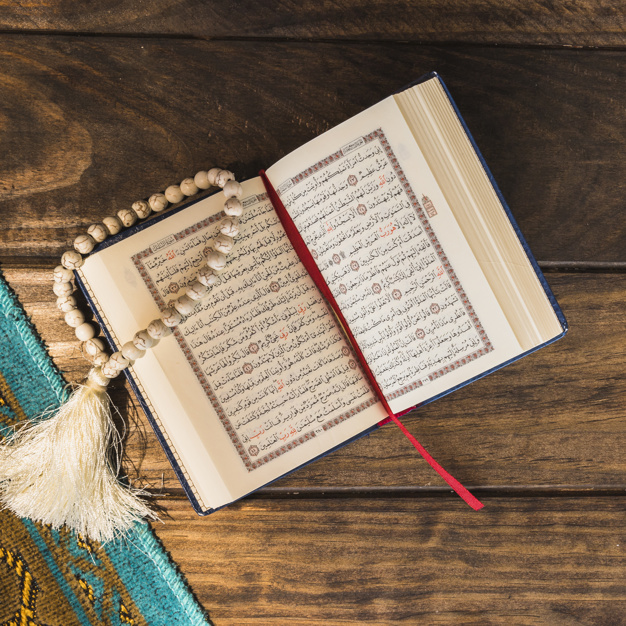 A direct revelation came to meet the expectation of women:

Also, a female companion asked the Prophet “Why are the men praised for their role in the hijrah and not the women!”

The answer was given in the following verse:

And their Lord responded to them, “Never will I allow to be lost the work of [any] worker among you, whether male or female; you are of one another. So those who emigrated or were evicted from their homes or were harmed in My cause or fought or were killed – I will surely remove from them their misdeeds, and I will surely admit them to gardens beneath which rivers flow as reward from Allah, and Allah has with Him the best reward.” (Quran 3:195)

This verse explicitly says that God is Just and that He will not allow some to lose the reward of their actions because of their gender.

The Quran considered the position of women in the Arabic society which deprived her of the basic rights. Therefore, a special address was given to men to restore the rights of women and give them these rights. For example, we read:

O you who have believed, it is not lawful for you to inherit women by compulsion. And do not make difficulties for them in order to take [back] part of what you gave them unless they commit a clear immorality. And live with them in kindness. For if you dislike them – perhaps you dislike a thing and Allah makes therein much good. (Quran 4:19)

In another verse, we read:

Those who pronounce zhihar among you [to separate] from their wives – they are not [consequently] their mothers. Their mothers are none but those who gave birth to them. And indeed, they are saying an objectionable statement and a falsehood. But indeed, Allah is Pardoning and Forgiving. (Quran 58:2)

To sum up, all Islamic injunctions and prohibitions include both men and women though the discourse is expressed in the masculine unless it is a special injunction for men only or for women only.

Salam and please keep in touch.