Why Do Muslims Pray?

What is the importance of prayer in Islam? 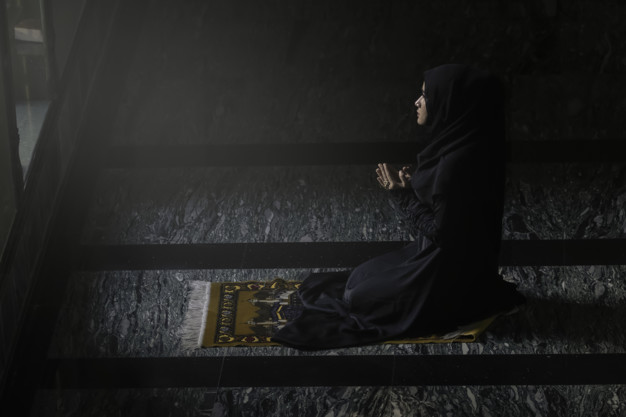 Prayer is the link between the Almighty Allah and His salve. It is the second pillar of Islam, upon which the religion of the Muslim is built.

Whoever keeps it up, he keeps his religion, and whoever neglects, the whole of his religion is ruined.

It is a distinction between the obedient and the disobedient, and the believer and the disbeliever.

Therefore, the Prophet (peace be upon him) said: "The covenant that distinguishes between us and them is prayer; whoever neglects it, he has committed Kufr (disbelief)." (Ibn Majah)

In prayer, there is a real attempt to abandon sins and secure salvation from their evils. It helps restoring the soul to its original state of purity.

When facing Allah, a person is solemnly determined to abandon wrong habits, and attempts boldly to be freed from the chains of materialism and lusts.

Prayer constitutes a flight to Allah and ascension towards Paradise, the real abode of the believer. It rectifies one's personal behavior and dealings with people and the Creator.

Prayer helps one check his mistakes and encourages him to take relevant corrective measures.

Moreover, one should know that prayer in congregation is twenty-seven times more meritorious than prayer performed individually.

The Prophet (peace be upon him) used to ask about people when he finishes prayer? After he made Taslim (salutation of peace ending prayer), he used to say: Where is so and so? And where is so and so? Once, he said: "If people continued to fall behind (i.e., in acquiring virtues), Allah would put them behind." (Muslim)

One day, he stood angrily and said: " I sometimes thought of giving orders for firewood to be collected, then proclaim the Adhan for Salah. Then, I would appoint an imam (prayer leader) to lead Salah, and then go to the houses of those who do not come to perform Salah in congregation, and set fire to their houses on them." (Al-Bukhari and Muslim)

Allah has made prayer obligatory five times per day and night at fixed times. So whoever delays it is considered a transgressor, unjust to himself, and depreciate it. `Umar ibn Al-Khattab (may Allah be pleased with him) said: "Combining between prayers without a valid excuse is a major sin." Therefore, prayer must be offered in its due times.

The following are some tips on the importance of prayer:

1- It is a reason for the acceptance of all other good deeds.

2- It is a way to avoid being characterized with hypocrisy.

3- It saves the Muslim from sharing the punishment in the hell-fire with Pharaoh and Haman on the Day of Judgment.

5- It is a relief to one's heart and a light on the face.

6- It protects from indecency and wrongdoing.

7- It is a cause for the increase of sustenance.

8- It restrains from obedience of lusts and desires.

9- It is a reason for receiving the mercy of Allah.

10- It is a reason for forgiving one's misdeeds, raising rank, duplicating good deeds, and being closer to the Lord of the Heavens and the Earth.