What Are the Conditions for Polygamy?

Verse 3 in Chapter 4 (Quran 4:3) mentions the circumstances under which polygamy is allowed. To my understanding, this Sura allows a man caring for orphans more than one wife to help in that lofty task, but only if he can be fair to all wives. If not, he is restricted to one wife. Are caring for orphans and fairness both essential conditions for polygamous marriage? Please advise. I recently received a marriage proposal from a married man and would very much appreciate your professional, so to speak, opinion. Just to be clear, there is nothing haram going on between this man and myself. He is Egyptian/Muslim and has a sujood mark from regular prayer. Im not Egyptian nor am I formally Muslim, but am close to Islam. His wife, from what he has told me is a good woman, a niqabi who is very much a home body and has little interest in life outside the home and very close family. They have one little girl. He says his wife would be happy and accepting of a second marriage --which I find hard to believe! As a good Muslima she would perhaps agree on an intellectual level, but no woman would be happy in her heart that her husband wants a second wife. (Quite frankly, I couldnt imagine my wedding night with him, knowing this woman would be in tears ... Id send him off to her!) He has very much wanted to disclose his proposal to me to his wife but Ive insisted he does not do so until I figure out whether its halal and one that I can therefore accept. It did cross my mind that perhaps he wants a divorce but is simply too afraid to ask outright, so speaking about a second wife to his current wife might be an easy solution as she may seek a divorce herself....not nice! He is both a professional diver on the Red Sea and a TV broadcast engineer, and is definitely well set up in two dream jobs. I have the impression he may miss sharing his underwater world in a couple. Im very independent and also professionally very well set up (though he doesnt know that!) love the water, strong swimmer, diving etc. We met on a 3-day Red Sea dive excursion. He proposed after saying Asr prayer at the bow of the boat. Id been sitting there staring out to sea unaware of his prayers and had been saying Al-Fatiha, which I like very much. And then boom. He asked me. I dressed reasonably, covered up in a galabia. Id not made any kind of advances to him. There had been a very jovial, family atmosphere on the boat -- nothing inappropriate by any stretch of the imagination. If he were single, hes the kind of decent nature, loving man from whom Id very much welcome a marriage proposal & have a feeling Id accept. But the way it is, I have my doubts especially since to my mind An Nisa 4:3 requires both orphans and fairness as prerequisites to multiple wives. Please advise, and a grand Thank You in advance! 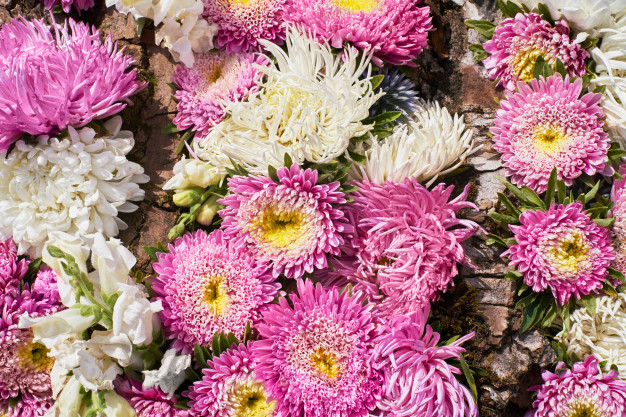 With regard to the issue of polygamy, I would repeat what I give in every answer related to polygamy. Polygamy is there in the Shariah; it is an option. It is not a sixth pillar of Islam that every Muslim has to practice.

Polygamy is not the norm; it is the exception. In no way can it be said that a man with two, three, or four wives is better in the sight of Allah than a man with one wife only.

As for the interpretation of An-Nisaa (The Women) 4:3, the verse reads:

The interpretation of this verse was given by lady Aishah (may Allah be pleased with her). Urwah ibn Az-Zubair narrated that he asked Aishah, saying to her:

O Mother! (in what connection was this verse revealed): If you fear that you shall not be able to deal justly with orphan girls (to the end of the verse) that your right hands possess? (An-Nisaa 4:3)

O my nephew! It was about the female orphan under the protection of her guardian who was interested in her beauty and wealth and wanted to marry her with a little or reduced mahr (dowry). So such guardians were forbidden to marry female orphans unless they deal with them justly and give their full mahr; and they were ordered to marry women other than them.

(Later) the people asked Allah’s Messenger, for instructions, and then Allah revealed: ‘They ask your instruction concerning the women . . . And yet whom you desire to marry.’ (An-Nisaa 4:127) So Allah revealed to them in this verse that-if a female orphan had wealth and beauty, they desired to marry her and were interested in her noble descent and the reduction of her mahr; but if she was not desired by them because of her lack in fortune and beauty they left her and married some other woman.

So, as they used to leave her when they had no interest in her, they had no right to marry her if they had the desire to do so, unless they deal justly with her and gave her a full amount of mahr. (Al-Bukhari)

Therefore, the verse in the first place is talking about taking care of the orphans and dealing with them justly. Fairness and justice have to be the norm in dealing with orphans (and everyone for that matter, but we must be very aware of it when dealing with those who are vulnerable).

In case one marries a female orphan, but he cannot treat her justly, he is allowed to marry other women of his choice up to four with the condition of treating all wives equally with regard to spending, clothing, spending time with them, and other material matters which are within his control.

As for equal treatment in the area of love, he is not held accountable for that because it is not possible to control those feelings.

Coming to your own case, you are highly advised to study the marriage proposal carefully. Think of all its consequences for you and the Egyptian man’s current marriage.

If you think that marrying him would affect his wife badly, you have to reject it. Talk to the man frankly and ask him about his reasons for taking a second wife. If you are convinced of the reasons and you are OK with them, go ahead and marry him after repeatedly making prayer of seeking guidance (Istikharah).

If you decide to marry him, make sure that his first marriage contract does not stipulate that he should not take a second wife. If there is such condition, the husband has to abide by it and he does not have the right to take a second wife with his first wife’s permission.

Do not let him do anything behind his wife’s back. You are a woman and you said it bluntly that you would send him off on the wedding night. Theory is different from practice.

His wife would seem that she accepts her husband’s second marriage, but when it comes to reality the situation will be completely different. A word of advice would be that you think it over and over before you take a decision. Perhaps even talk to her.

I would also recommend that you read more and more about Islam to discover its beauty and its peaceful message. We are always ready to answer your queries. Always remember not to judge Islam by what Muslims do.

What Is a Muslim?

Why Only One God?