Did Islam Spread by the Sword?

1- What would you say to people who accuse our prophet Muhammad (peace be upon him) for using wars to spread Islam? 2- I have read recently in a book titled: "Man and Prophet" by Mr. Adil Salahi that lady Saffiya has reported to have said that our Prophet was the most hateful person to her but our Prophet kept apologizing to her until that hatred washed away. Does this mean she was married to our Prophet against her wishes or am I missing something here? This is because if our Prophet is so hateful, then why she married him in the first place and no one will marry a person if he or she is so hateful? 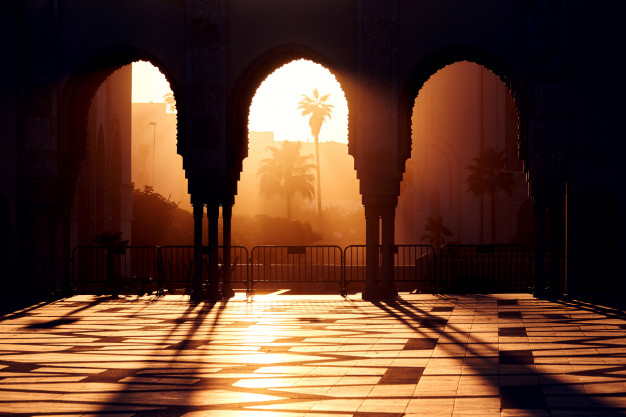 It's a long story. But I would mention two arguments here.

1) The Prophet (peace be upon him) lived in Makkah for more than a decade calling for his message and did not even answer those who physically attacked him and his companions. Then God revealed the verses:

Permission [to fight] is given to those against whom war is being wrongfully waged  and, verily, God has indeed the power to succor them - those who have been driven from their homelands against all right for no other reason than their saying. "Our Sustainer is God!" For, if God had not enabled people to defend themselves against one another, all] monasteries and churches and synagogues and mosques - in [all of] which Gods name is abundantly extolled - would surely have been destroyed [ere now]. And God will most certainly succor him who succors His cause: for, verily, God is most powerful, almight. (Quran 22:39-40)

2) People were never forced to be Muslim. History says that the majority of Egyptians, for example, remained Christians until the end of the first Islamic century.

With regard to your second question, first, the book 'Man and Prophet' is an excellent book on the life story of the Prophet. And yes, I think that you are missing something; which is that she hated the Prophet (peace be upon him) before that war and before knowing him. But when she knew him closely (peace be upon him), her heart changed. She certainly did not marry him against her wishes. This is reported nowhere in any version of the story.