The Meaning and Conditions of the Testimony of Faith

Assalamu Alaikum. What are the meaning and conditions of the testimony of Faith, La Ilah Illa Allah?

Welcome brother Mohamed to our "Ask about Islam" service. We are pleased to receive and answer your interesting question.

Below is the answer of Abdur-Rahman Al-Sheha to this most important question, quoted from his book “How to Become a Muslim”. 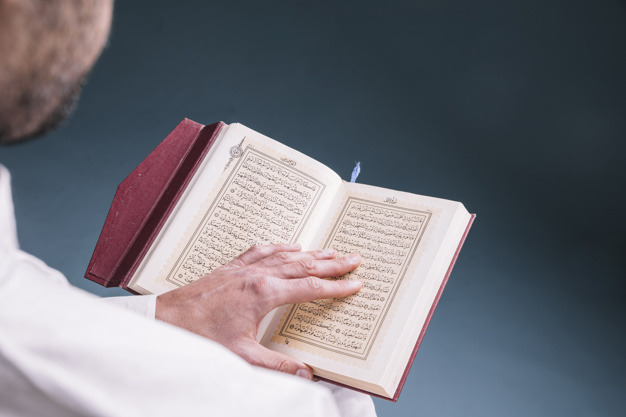 The Testimony of faith (La Ilah Ill Allah “There is no deity but Allah”) has the following meanings:

There is no Creator of this existence except Allah. Allah says:

That is Allah , your Lord; there is no deity except Him, the Creator of all things, so worship Him. And He is Disposer of all things. (Al-An`am 6:102)

There is no True Master and Owner present in this existence except Allah. Allah says:

Unquestionably, His is the creation and the command; blessed is Allah , Lord of the worlds. (Al-A`raf 7:54)

This is known as Tawhid Ar-Rububiyyah, or the Oneness of Allah in His Attributes of Lordship. This is the belief that there is no Creator, Sovereign Master, Administrator, Provider, Sustainer, and Owner except for Allah.

No deity deserves servitude and worship except Allah. Allah says:

Unquestionably, to Allah belongs whoever is in the heavens and whoever is on the earth. And those who invoke other than Allah do not [actually] follow [His] “partners.” They follow not except assumption, and they are not but falsifying . (Yunus 10:66)

This is known as Tawhid Al-Uluhiyyah, or the Oneness of Allah in His Worship. This is the belief that no worship should be directed to any except Allah.

All the Names and Attributes of Allah are perfect and complete. He is high above and free from all faults and shortcomings. Allah says:

And to Allah belong the best names, so invoke Him by them. And leave [the company of] those who practice deviation concerning His names. They will be recompensed for what they have been doing. ( Al-A`raf 7:180)

This concept is known as Tawhid Al-Asma’ wa As-Sifat, that Allah has all the Best of Names and Attributes, and that there are none equal, comparable to, or like them.

The Conditions of the Testimony of Faith

One must have knowledge that all other deities worshipped besides Allah are false, so there is no deity worshipped in truth except Allah. Never should anyone else be worshipped, even if he be a prophet, a messenger or an angel. Allah is the only one who deserves all types worship, such as prayer (salah), supplication (du`a’), sacrificial slaughtering, making oaths, etc.

One must have certainty in the Shahadah. Certainty is the opposite of doubt, so there is no room for a person to doubt or waver in his belief. Allah says:

The believers are only the ones who have believed in Allah and His Messenger and then doubt not but strive with their properties and their lives in the cause of Allah . It is those who are the truthful. (Al-Hujurat 49:15)

One should accept the Shahadah fully and not reject it. Allah says:

4)      Compliance, obedience and acting upon all what the Shahadah necessitates:

A person must do according to what Allah ordered and abstain from what He prohibited. Allah says:

And whoever submits his face to Allah while he is a doer of good – then he has grasped the most trustworthy handhold. And to Allah will be the outcome of [all] matters. (Luqman 31:22)

One must be truthful in his shahadah. Allah says:

They say with their tongues what is not within their hearts. (Al-Fath 48:11)

One must make his worship and obedience sincerely for Allah alone. Allah says:

And they were not commanded except to worship Allah , [being] sincere to Him in religion, inclining to truth, and to establish prayer and to give zakah. And that is the correct religion. (Al-Bayyinah 98:5)

Say, [O Muhammad], “If your fathers, your sons, your brothers, your wives, your relatives, wealth which you have obtained, commerce wherein you fear decline, and dwellings with which you are pleased are more beloved to you than Allah and His Messenger and jihad in His cause, then wait until Allah executes His command. And Allah does not guide the defiantly disobedient people.” (At-Tawbah 9:24)

The Shahadah also necessitates that Allah is the only one who has the right to legislate, whether it be in matters concerning worship, or matters concerning the government of human relations in both the individual and public affairs. The act of making something prohibited or lawful is for Allah alone. His Messenger (peace be upon him) merely explained and clarified Allah’s commandments. Allah says:

And whatever the Messenger has given you – take; and what he has forbidden you – refrain from. (Al-Hashr 59:7)