Is There Life After Death?

How do you know that there is life after death?

Thanks a lot for your interesting question. 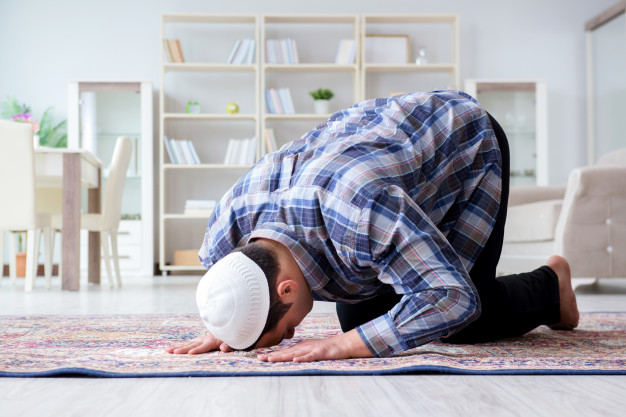 We live in a world that demands logic and proof and is not content with only belief.

Someone might wonder how a rational, practical minded person could believe in life after death.

People tend to assume that anyone who believes in the Hereafter does that on the basis of blind faith.

But in fact, belief in the Hereafter is completely logical. And it is the only way the injustices of this world can be reconciled with a just and All-Powerful Creator.

We know that in addition to physical pleasures and comforts there are certain ideal conditions that human beings instinctively desire and strive to attain, such as love, respect, security and contentment.

Though many people are able to acquire a portion of these objectives here on earth, there remains one that is largely unobtainable - and that is justice. Most people hold the conviction that life is not fair: that they have often been misunderstood or not appreciated, that in some way they have been harmed, cheated or oppressed.

Daily newscasts disclose the killing, torture, displacement and starvation of countless innocent people by powerful tyrants and nations, lives ruined by the vicious or careless acts of others or by natural disasters, and the poor and helpless being subjected to theft and deception. Seldom is even partial justice ever restored. Yet, every human being desires justice. Even if he does not seek it for others, he certainly wants justice for himself.

So why has the Creator instilled in man a longing for something he cannot experience in this world? The answer is that this life is only one portion of his existence and that the logical conclusion which restores the equilibrium found in all creation is in the Hereafter. It is there that every person will be fully and precisely compensated for his good and evil deeds. This is the perfect and absolute justice which God has promised all people.

The present life is a trial in preparation for the next realm of existence. The explanation given by the Quran about the necessity of life after death is what the moral consciousness of man demands.

If there was no life after death, the belief in God would be meaningless, or it would be a belief in some kind of indifferent and negligent deity Who, after having created the human race, is no longer concerned with its welfare.

But certainly, God is just. He will indeed punish the tyrants who have killed thousands and caused suffering to their families, corrupted institutions and societies, enslaved people and nations, robbed, deprived and plundered. And what about those who patiently endured so much injustice and hardship, suffered to uphold truth, saved lives or sacrificed in order to assist many people? What earthly compensations could possibly restore the balance for them?

This can only take place in an eternal life where every individual affected in the least by someone's actions will testify for or against him, and where the innermost thoughts and intentions, known completely to God, will be judged precisely and perfectly. Since man's term of life in this world is limited and because numerous individuals are affected by one's actions, adequate rewards and punishments are impossible in the present life. The Qur'an states categorically that the Day of Resurrection must come and that God will then decree the fate of each soul according to its record of deeds.

Additionally, God has stated in the Qur'an that the present creation is in itself a clear proof that He is able to create and re-create as He wills, whatever He wills, however, He wills and whenever He wills, for God originates and repeats creation with equal ease. Consider these words revealed to His final Prophet:

Say, 'Travel through the land and observe how He began creation. Then Allah will produce the final creation.' (Al-`Ankabut 29:20)

Did We fail in the first creation? But they are in confusion over a new creation. (Qaf 50:15)

Is not He who created the heavens and the earth able to create the likes of them? Yes, and He is the Knowing Creator. (Yasin 36:81)

Do they not see that Allah, who created the heavens and earth and did not fail in their creation, is able to give life to the dead? (Al-Ahqaf 46:33)

Does man not remember that We created him before, while he was nothing. (Ta-Ha 19:67)

And you have already known the first creation, so will you not remember? (Al-Waqi`ah 56:62)

Have they not considered how Allah begins creation and then repeats it? Indeed that, for Allah, is easy. (Al-`Ankabut 29:19)

In fact, the material of creation is already in existence, merely to be developed once again at His command. Observable evidence of this ongoing process is now being presented regularly by astronomers and specialists in other fields of modern science.

Death: The Journey to the Afterlife

Why Do Muslims Believe in the Afterlife?