How Could You Believe in Freedom and Niqab?

Im a new Muslim, and I am doing my best to understand the Islamic rulings, yet there is one issue that is keeping me puzzled all the time, and that is the issue of niqab or face veil. I see it as personal freedom, I dont intend to wear it, yet I see that Muslim women who choose to wear it should be given the right to do so. The point that I dont get is why all the fuss about it? Its a matter of personal choice and preference. If I decide to be vegetarian, who gets to oppose or condemn that? I want to understand the bigger picture of why some are with or against niqab, and why not let everyone act as they want as long as they are not hurting anyone. I need to know the essence of Islam regarding this issue. 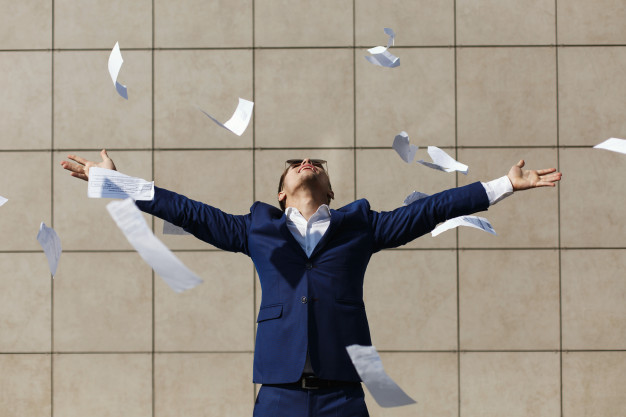 Thank you for your important and timely question, which opens a few topics that, in my opinion, are essential for every Muslim, especially new Muslims living in the West, to understand. These topics are: (1) the concept of freedom in Islam, (2) the difference between the Islamic religion and the Islamic culture, and (3) the limits of a ruler's authority over freedom.

1- The concept of freedom in Islam

'Will' (Mashi'ah) is a well-known Quranic term that bears a number of similarities with current conceptions of 'freedom' and 'free will.' For example, 'freedom of belief' is expressed in the Quran as the 'will to believe or disbelieve.' (18:29)

The concept of freedom in Islam, however, adds to the definition the following two conditions:

1- A free action or saying should not violate the Islamic rules of what is lawful and what is forbidden (Arabic: halal and haram) and the Islamic code of ethics (Arabic: akhlaaq).

2- A ruler or government (which is legitimate of course), has a right to limit its citizen's freedom for the sake of public interest or common good (Arabic: maslahah).

Therefore, there are some sayings or actions that are not allowed from an Islamic point of view, despite Islam's general endorsement of the concept of freedom.

For example, freedom of religion and freedom of speech does not give a person the right to defame other people's religions or sanctuaries because this goes against the Islamic teachings of showing respect to other people's faiths.

It is true that the fundamental Islamic principle is the Quranic verse: {No compulsion in matters of religion} (Quran 2:256), but the personal freedom to choose one's religion is one issue and insulting and attacking others' religions is another issue.

Similarly, personal freedom does not give a person a right to kill him/herself because one's soul is a gift from God and is not something that a person has full and unrestricted right to do whatever he/she wishes with it, and so on.

Now, if we apply this concept to the current debate on Niqab, we will have a spectrum of 'Islamic' views. On one end of that spectrum, some are saying that the Niqab is an 'Islamic obligation' and therefore a Muslim woman is not free to take it off because this would be a violation of the Islamic law.

On the other end of the spectrum, some are saying that the Niqab has nothing to do with Islam, and therefore a Muslim woman has no right to wear it.

I think that both of the above opinions are extreme and involve a great deal of authoritarianism!

On one hand, there is no solid evidence in the Islamic law that the Niqab is an 'Islamic obligation', let alone something that a Muslim woman cannot do without and has no right to reject!

It is true that the 'Mothers of the Believers' and some women at the time of the Prophet (peace be upon him) had covered their faces. However, these incidents by themselves are not enough juridical evidence.

There is no script (i.e. Quranic verse or Prophetic instruction) that makes covering of a woman's face a 'recommendation', let alone an 'obligation'.

The hadith that states that 'all of the woman's body is a private part' is not authentic enough to be evidence in this regard, because it contradicts hundreds and thousands of Quranic verses and other hadith narrations that imply otherwise!

On the other hand, saying that the Niqab has nothing to do with Islam entails a lack of understanding of the complex relationship between Islam as a faith and Islam as a culture (which is addressed next).

Al-Tahir Ibn Ashur, a great twentieth century jurist, wrote a chapter in his important book 'Maqasid al-Shari`ah' on 'The Universality of the Islamic Law.' (Ibn Ashur, Treatise on Maqasid Al-Shariah, (International Institute of Islamic Thought, London, 2007), 234 and on)

In this chapter, Ibn Ashur discussed the effect of (Arabic) customs on narrations themselves. The following is a summary of Ibn Ashur's argument.

First, Ibn Ashur explained that it is necessary for the Islamic law to be a universal law, since it claims to be 'applicable to all humankind everywhere on earth at all times,' as per a number of Quranic verses and hadiths that he cited, such as: {Now [as for you, O Mohammad,] We have not sent you otherwise than to mankind at large} (Quran 34:28), {Say [O Mohammad]: 'O mankind! Verily, I am an Apostle to all of you'} (Quran 7:158), and the hadith: "An apostle used to be sent specifically to his own people, while I have been sent to all of mankind." (Al-Bukhari)

Then, Ibn Ashur elaborated on the wisdoms behind choosing the Prophet (peace be upon him) from amongst Arabs, such as the Arabs' isolation from civilization, which prepared them, 'to mix and associate openly with other nations with whom they had no hostilities, in contrast to Persians, Byzantines, and Copts.'

Yet, for the Islamic law to be universal, 'its rules and commands should apply equally to all human beings as much as possible,' as Ibn Ashur confirmed. That is why, he wrote, 'God had based the Islamic law on wisdoms and reasons that can be perceived by the mind and which do not change according to nations and custom.'

Thus, Ibn Ashur provided explanation as to why the Prophet (peace be upon him) forbade his companions to write down what he says, 'lest particular cases be taken as universal rules.' Ibn Ashur began applying his ideas to a number of narrations, in an attempt to filter out Arabic customs from popular traditional rulings. He wrote:

Therefore, Islamic law does not concern itself with determining what kind of dress, house, or mount people should use. Accordingly, we can establish that the customs and mores of a particular people have no right, as such, to be imposed on other people as legislation, not even the people who originated them. This method of interpretation has removed much confusion that faced scholars in understanding the reasons why the law prohibited certain practices … such as the prohibition for women to add hair extensions, to cleave their teeth, or to tattoo themselves. The correct meaning of this, in my view. is that these practices mentioned in hadith were, according to Arabs, signs of a woman's lack of chastity. Therefore, prohibiting these practices was actually aimed at certain evil motives … Similarly, we read:. 'believing women should draw over themselves some of their outer garments' (Surat al-Ahzab) … This is a legislation that took into consideration an Arab tradition, and therefore does not necessarily apply to women who do not wear this style of dress …

Therefore, based on the purpose of 'universality' of the Islamic law, Ibn Ashur suggested a method of interpreting narrations through understanding their underlying Arabic cultural context, rather than treating them as absolute and unqualified rules. Thus, he read the above narrations in terms of their higher moral purposes, rather than norms in their own right.

3- The limits of a ruler's authority over freedom

Finally, the Islamic law allows a (legitimate) ruler or person(s) in authority to make decisions that could limit the original freedoms of the people, for the sake of public interest. This is clearly an ethical and political debate that goes beyond the circle of Islamic law to other legal circles.

The above could apply to the Niqab in some environments where hiding a person's identity via a face cover could be a security threat, for example in some war-torn or war-threatened regions where some criminals, unfortunately, did use the Niqab to hide their identities as they moved around sensitive or crowded areas, and so on. Although these incidents were limited, they did happen, and it is up to the authorities in any given country or region to decide a reasonable course of action.