Can The Quran Be Re-Interpreted to Fit Modern Times?

I find that "Westernized" Muslims are quick to espouse the Western attitude of freedom of religion and tolerance that flowered after WWII showed the possible results of intolerance. However, I am not sure that these people are faithful to the Quran. You quote verses of the Quran that scholars say were abrogated by other verses, especially the "Sword or Islam" verse. The tolerance of the Quran requires that the non-Muslims submit to a second-class status and pay a special tax and suffer other indignities. Muslims speak of "pushing the Jews into the sea" which sounds pretty intolerant to me. They kidnap Christian girls in Nigeria. Has there been outrage among the people of Islam over that? I want to feel that Islam can be a religion of the 21st-century but the Quran seems to be a stumbling block as long as Islamic scholars will insist that it is the "literal" word of God. The idea that Arabic is God's language seems like blasphemy since it implies that God "speaks." I think my real question is whether the Quran can be reinterpreted to fit into the current age as the Torah and the rest of the Bible have been reinterpreted? Thank you for your answer. I would like to believe that Islam can adopt to modern times. 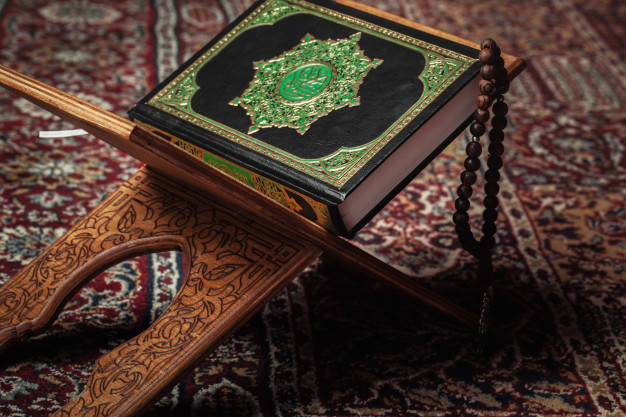 First, let’s agree that all people are brothers in humanity even if they are from different religious backgrounds.

Muslims respect and accept others and they are always ready to cooperate with others to build a healthy and a peaceful community.

Coming to your queries, I would like to state certain facts.

Islam is a Universal Religion

Islam has universally-applicable laws which are not meant for any specific group of people or a specific period of time or region.

The attitude adopted, as you put it, by Muslims living in the West with regards to issues like freedom of religion and tolerance is one of the basic teachings of Islam that all Muslims, be they in the East or the West, should apply.

Islam is all about freedom of religion

No one can impose a certain belief or ideology on others against their will. Islam is also about tolerance and love for all people.

Allah urges Muslims to have good relations with all people regardless of their faith, color, race, or nationality.

With regard to the status of non-Muslims in Muslim countries, we do not have any text that suggests that they should be humiliated or considered citizens of second class.

Non-Muslims in Muslim countries enjoy unprecedented rights in all walks of life.

Islam calls on Muslims to protect the lives of non-Muslims, their property, their houses of worship, and their religious freedom.

We must ensure that Quranic texts on this issue are understood in their proper context.

Verses of the Quran should not be taken out of context and applied blindly.

The objectives of the Shari`ah (Islamic Law), which are justice, mercy and egalitarianism, should be the driving force in applying the Quranic rulings.

Having Respect for Other Religions Is The Norm

The cases of having an intolerant attitude towards Christians or Jews are very individual and exceptional cases and not the norm.

For sure, those who do such things have a wrong understanding of the Quran.

To avoid the individual cases of treating non-Muslims badly and consequently damage the image of Islam, we do need, as you suggested, a re-reading and a re-interpretation of the Quran that addresses the modern society.

Though this is a huge task, we are hopeful that Muslim scholars will produce such reinterpretation of the Quran keeping in mind the necessary conditions for this task.

What a Modern Re-Interpretation Should Entail

In order to re-interpret and re-read the Quran for today, the group assigned this task needs to be sure to keep a few things in mind:

To begin with, of course they must read the Quran thoroughly, as some questions are answered in different chapters of the Quran.

One also needs to be informed on the tradition of the Prophet, as it expounds upon things that are mentioned in the Quran.

It is necessary that such a group has an understanding the cultural contexts of the various modern societies.

One needs a thorough knowledge of the principles of Usul al-Fiqh (Islamic Jurisprudence), which form the basics of issuing any legal opinion.

Finally, it is imperative to seek the help of scientists and experts in social sciences to have a good understanding of the natures of people.

Muslims believe that Islam is perfect, but Muslims are not. If Muslims make a mistake, do not blame Islam, but blame individual Muslims.

Unfortunately, some Muslims confine the Shari`ah to criminal laws and thus they take away the value of the underlying virtues of Islam.

Muslims believe that the Quran is the word of God.

Muslims believe that God has knowledge of all languages past and present, not just Arabic, as He is All Aware.

Muslims also speak to God through prayer and supplications.

God speaks to us too. But He does not have a tongue like us or a mouth to speak with.

We do not assume to know these details about God that are beyond our comprehension.

Islam is a Perfect Religion

The Quran is a comprehensive, all-encompassing, and complete code of ethics. Islam offers guidance for us wherever we are.

It regulates our relationship with our Creator, within ourselves, with each other, our families, our communities, and the whole world.

The teachings of Islam address the universal issues of all humanity.

Islam has a concern for environmental, economic, social and political problems. Islam offers solutions for all problems that face our modern societies.

The human being is the focus of the teachings of Islam, whether this human being is poor or rich, black or white, an Arab or a non-Arab, male or female, old or young.

Finally, Islam stands for moderation and cooperation for the good of all people.

If Muslims understand the wider objectives of the Shari`ah, they will not implement the teachings of the Quran incorrectly.

The Quran is not a stumbling block in the way of fitting into the modern world.

Rather, its teachings which stand for modernity and respect for the human race and its rights are the key to promote tolerance, peace, harmony, and coexistence.