Did Muhammad Borrow the Quran from Earlier Scriptures?

Didn't Muhammad write the Quran or borrow it from the earlier scriptures?

Dear questioner, thank you a lot for you very interesting question. We will try to brief its answer it in the following lines. 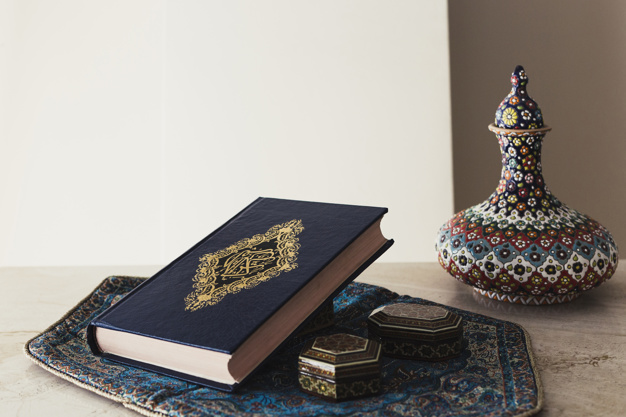 Opponents of Islam sometimes allege that Muhammad (peace be upon him) himself wrote the Quran or that he copied or adapted it from previous scriptures.

But it is known that the Prophet's contact with Jews and Christians was negligible before his emigration from Makkah, and after it his role was that of a teacher, openly inviting the Jews and Christians to accept Islam while pointing out how they had diverged from the true monotheism taught by their prophets.

It is true that there are some similarities between the Quran and the Bible, but this does not indicate that later Prophets plagiarized from former ones. It merely reflects the common source, which is the Creator of mankind, and the continuance of His basic message of monotheism.

Historically and logically, it cannot be established that there was any human source for the Quran or that the Messenger of Allah learned it from the Jews or Christians. His enemies kept a close watch on him hoping to find confirmation of their claim that he was a liar. But they could not point to a single instance when the Prophet might have had secret meetings with people of other faiths.

It was a sign of Muhammad's Prophethood that he was illiterate. Thus, he could not be credited with composing or editing the revelations, and suspicion that he learned what he preached from earlier scriptures is eliminated.

At the time the Quran was revealed, his contemporaries among the Arabs, known for linguistic eloquence, acknowledged that its language was unique and distinctly different from the speech of Muhammad, a man they knew well.

The Quran states that the Prophet was an unlettered man, so if that had not been true, his opponents would surely have exposed him.

There is, however, not a single report to this effect, and no one denied his illiteracy. At the same time, no one denied that the Quran was unequalled in eloquence, impact and clarity, including those who rejected its message.

It is not difficult to verify that Muhammad did not possess knowledge of many things mentioned in the Quran, such as historical events, natural phenomena and future occurrences.

The kind of information he conveyed could not have been obtained through reading and research, so it was obviously something that could only have come directly from the Creator.

The  Quran states in several places that Muhammad and his people did not know these facts, so had it been otherwise, his adversaries would have capitalized on that claim to discredit him.

Oпlу recently, within the last two centuries, have advancements in research technology led to the discovery of facts that were mentioned in the Quran by the unlettered prophet over fourteen centuries ago. Here are a few examples:

1- The creation of the universe from a single entity and of life from water, as Almighty Allah says,

Have those who disbelieved not considered that the heavens and the earth were a joined entity, and We separated them and made from water every living thing? (Al-Anbiyaa’ 21:30)

2- All creation is based on duality, made up of pairs, counterparts or opposites. Allah says,

And of all things We created two mates. (Adh-Dhariyat 51:49)

In contrast, God is one, with no counterpart and nothing resembling Him in any way.

3- The different natures of the sun and moon, as the Quran says,

It is He [Allah] who made the sun a shining light and the moon a derived light and determined for it phases - that you may know the number of years and account [of time]. (Yunus 10:5)

4- The rotation of the earth:

He created the heavens and earth in truth. He wraps the night over the day and wraps the day over the night. (Az-Zumar 39:5)

The alternate "wrapping" of sunlight and darkness is caused by the earth's turning in one direction.

5- The expansion of the universe:

And the heaven We constructed with strength, and indeed, We are [its] expander. (Adh-Dhariyat 51:47)

The Creator refers to Himself in the plural form which denotes power, grandeur and majesty.

6- The sun is not stationary but moves in a specific direction for a limited term:

The sun, as a tiny member of this vast universe, is progressing within it toward a final destination, which indicates an end to the present creation.

These are words recited by Muhammad, the unlettered prophet. The Quran addresses recently established scientific facts with the precision of a scientist. Could the most highly literate, well read or scholarly man of that period, or even of the centuries that followed, possibly have come up with anything similar?

Source: Taken with modification from Clear your doubts about Islam by Sahih International.