By Miracles of the Qur’an 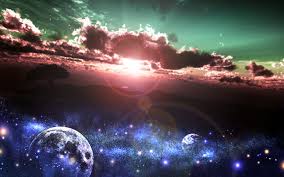 Botanists only discovered that there is a gender distinction in plants some 100 years ago. Yet, the fact that plants are created in pairs was revealed in the following verses of the Qur’an 1,400 years ago.

“Glory be to Him Who created all the pairs: from what the earth produces and from themselves and from things unknown to them.” (Ya-Sin 36:36)

While “male and female” is equivalent to the concept of “pair,” “things unknown to them,” as expressed in the Qur’an, bears a broader meaning. Indeed, we encounter one of the meanings pointed to in the verse in the present day. The British physicist Paul Dirac, who discovered that matter was created in pairs, won the Nobel Prize in Physics in 1933. This finding, known as “parity,” revealed the duality known as matter and anti-matter. Anti-matter bears the opposite characteristics to matter. For instance, contrary to matter, anti-matter electrons are positive and protons negative.

There are antimatter equivalents of all the basic particles in the universe. Antimatters possess the same mass but carry opposite charges. For that reason, when matter and antimatter make contact they disappear by turning into energy. This fact is expressed in a scientific source as follows:

… every particle has its antiparticle of opposite charge… [T]he uncertainty relation tells us that pair creation and pair annihilation happen in the vacuum at all times, in all places.(1)

Another example of duality in creation is plants. Botanists only discovered that there is a gender distinction in plants some 100 years ago.(2) Yet, the fact that plants are created in pairs was revealed in the following verses of the Qur’an 1,400 years ago:

“It is Allah Who created the heavens with no support-you can see them-and cast firmly embedded mountains on the earth so that it would not move under you, and scattered about in it creatures of every kind. And We send down water from the sky and make every generous plant grow in it, in pairs.” (Luqman 31:10)

“It is He Who made the earth a cradle for you and threaded pathways for you through it and sent down water from the sky by which We have brought forth diverse pairs of plants.” (Ta-Ha 20:53)

Taken with slight editorial modifications from miracles of the Qur’an website.