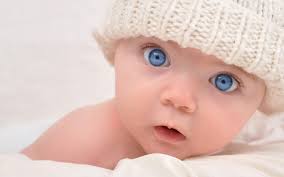 * How does the HAMLET protein, which was later discovered in mother’s milk, prevent the formation of tumors?

* What are the characteristics of mother’s milk that change according to the baby’s need?

Proteins are basic bioactive molecules and they are required for the cell to carry out its functions. Some proteins act individually or together with other proteins. However, some of them need the help of chemical compounds that are not proteins. These non-protein molecules can be vitamins, minerals or metal ions. Vitamins or inorganic substances are auxiliary proteins and they are generally named as co-factors. Iron, magnesium, cobalt, copper, zinc, selenium are common ions and auxiliary inorganic substances. These proteins do quite amazing things when they get connected to their helpers. One of the most interesting of these takes place in the mother’s milk.

Mother’s milk is a matchless compound created by Allah in order to meet the nutrition needs of the baby in full and to protect the baby against possible infections. The balance of the nutrients in mother’s milk is in the most ideal measures, and in the best form for the body systems of the immature baby. Mother’s milk, which is called  “the miracle mixture” by scientists as the nutritional values of this milk are at ideal measures, is very rich in nutrients that make brain cells grow and accelerate the development of the nervous system. Even a baby formula prepared with the latest technology cannot replace this miracle food. New benefits of mother’s milk are found every day as a result of research.

As is known, the mother’s milk includes many enzymes, vitamins, nucleotides and antibodies. However, scientists have discovered a new protein in mother’s milk lately.

As a result of the studies conducted, it was proved that mother’s milk, about which hundreds of articles were published, protected babies against cancer but its mechanism has not yet been understood completely. This complex protein, which is produced only in the baby’s stomach, kills 40 different types of tumor cells. This protein attacks the cell wall, enters inside and begins to change their shape within half an hour after it combines with tumor cells and kills them in six hours on average.

“I have put my trust in Allah, my Lord and your Lord. There is no creature He does not hold by the forelock. My Lord is on a Straight Path.” (Hud, 56)

The interesting point is that the alpha-lactalbumin and oleic acid that form this protein do not have the ability to destroy tumors on their own. Alpha-lactalbumin and fatty acids exist naturally in mother’s milk. But they need to turn into a compound in the baby’s stomach to become the HAMLET protein that destroys the tumor. It is of course a great miracle that Allah creates the cure before the disease, and places all these molecules inside the milk that the baby will drink.

When the protein in mother’s milk, fatty acids and enzymes in the baby’s stomach are not created at the same time, their ability to destroy tumors disappears. No doubt that this is one of the best examples of Allah’s flawless art of creation. In one verse it is revealed:

Allah Creates Mother’s Milk According to the Baby’s Needs

It is clear that the mother has not decided by herself to produce mother’s milk, which is the most ideal nutrient for her baby, born in need of protection and nutrition, on her own. Therefore, the nutritional values of the mother’s milk are not determined by the mother; this is because the mother cannot possibly know the nutrients required for her baby moment to moment. The mother cannot control the contents of the milk that are formed inside her body. Even if its qualities are not completely defined, the mother’s milk changes according to the growth phases of the baby, and the milk’s content differs according to the nutrients the baby needs during a certain period. Almighty Allah, Who knows the needs of every being and grants them, creates mother’s milk inside the mother’s body for the baby:

Milk is a colostrum in the first days the baby is born, so it is rich in protein and antibodies. This milk strengthens the baby’s immune system and helps the baby’s digestive system develop.

After the first three to four days, the milk turns into a thinner, more fluid and sweet form. This is for the baby’s thirst. Sugars, proteins and minerals are there according to the baby’s need. This milk is low in fat and rich in carbohydrates.

In time, milk takes a thicker and creamier form. This is to appease the baby. At the same time, the IgA level is high from the 10th day to at least seven and a half months. The antibodies of this milk are individualized, meaning different compositions according to every baby’s need. This is because Allah had created a special system for this. As the mother touches and hugs the baby, the mother’s body communicates with pathogens that colonize the baby, and the mother’s body produces the suitable antibodies and immune cells.

In the milk of mothers who cast, miraculously, there is more fat, sodium, chloride and iron according to the baby’s need. However, in babies who are premature and feed with their own mothers’ milk, superiorities such as better sight and better results in IQ tests have been observed.

There is very little iron in mother’s milk, because iron is a magnet for bacteria and gut flora; if there were too much iron in milk, this might have caused an infection.

Allah creates special treatments and a special nutrient that contains medicine for the baby. The production center of this medicine is the mother’s body. The mother’s body detects the invaders by caring only for the baby. This situation is so perfect that it cannot be explained by coincidences. There is no doubt that Allah creates a very special connection between the baby and the mother. It is revealed in the verse:

“We have instructed man concerning his parents. Bearing him caused his mother great debility and the period of his weaning was two years: ‘Give thanks to Me and to your parents. I am your final destination.” (Luqman, 14)

Mother’s milk is the nutrient that the baby can digest most easily. Even though it is a very rich nutritional drink, its digestion is very easy in accordance with the baby’s sensitive systems. So as the baby uses less energy to digest nutrients, it can use its energy for other bodily functions, growth and development of organs.

Mother’s milk, which is always ready with its ideal temperature, plays an important role in brain development with the sugars and fats it includes. Besides this, elements such as calcium play a major role in the baby’s bone development. Even though this miraculous mixture is named as milk, 90% of mother’s milk is actually composed of water. This is also a very important aspect, because babies also need water as liquid as well as nutrients. Water and other foreign substances other than mother’s milk may not be so hygienic. However, the baby’s need of water is met with mother’s milk, 90% of which is water.

HAMLET Is the Most Effective Medicine Yet Produced in the World

1- It kills a wide variety of tumor cells. However, it does not touch healthy and mature cells.

2- It kills more than 40 tumor cells, even those very difficult to treat with medicines.

3- It kills tumor cells with a natural and non-toxic mechanism. Therefore, it does not harm healthy tissues, in contrast to cancer medicines.

4- It exists naturally in human milk and causes lower risk of cancer in children that feed with mother’s milk and in their mothers.

Almighty Allah, the All-Knowing, created mother’s milk and HAMLET, which is an important protein complex in this milk, as one of the strongest medicines. Our Lord’s name “Al-Shafi” (One Who gives health) is revealed in one verse as such: