The Spirit of Islam: Introduction 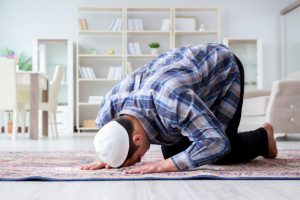 One of the slogans most characteristic of the present age is ‘the conquest of space.’ Means of communication have been developed which are far beyond the dreams of former generations; and these new means have set in motion a far more rapid and extensive transfer of goods than ever before within the history of mankind.

The result of this development is an economic inter-dependence of nations. No single nation or group can today afford to remain aloof from the rest of the world.

Economic development has ceased to be local. Its character has become world-wide. It ignores, at least in its tendency, political boundaries and geographical distances. It carries with itself – and possibly this is even more important than the purely material side of the problem – the ever-increasing necessity of a transfer not only of merchandise but also of thoughts and cultural values.

But while those two forces, the economic and the cultural, often go hand in hand, there is a difference in their dynamic rules. The elementary laws of economics require that the exchange of goods between nations be mutual; this means that no nation can act as buyer only while another nation is always seller in the long run, each of them must play both parts simultaneously, giving to, and taking from, each other, be it directly or through the medium of other actors in the play of economic forces.

But in the cultural field this iron rule of exchange is not a necessity, at least not always a visible one, that is to say, the transfer of ideas and cultural influences is not necessarily based on the principle of give and  take. It lies in human nature that nations and civilizations, which are politically and economically more virile, exert a strong fascination on the weaker or less active communities and influence them in the intellectual and social spheres without being influenced themselves.

Such is the situation today with regard to the relations between the Western and the Muslim worlds. From the viewpoint of the historical observer the strong, one-sided influence which Western civilization at present exerts on the Muslim world is not at all surprising, because it is the outcome of a long historic process for which there are several analogies elsewhere. But while the historian may be satisfied, for us the problem remains unsettled.

For us who are not mere interested spectators, but very real actors in this drama; for us who regard ourselves as the followers of the Prophet Muhammad (peace and blessings be upon him) the problem in reality begins here.

We believe that Islam, unlike other religions, is not only a spiritual attitude of mind, adjustable to different cultural settings, but a self-sufficing orbit of culture and a social system of clearly defined features.

When, as is the case today, a foreign civilization extends its radiations into our midst and causes certain changes in our own cultural organism, we are bound to make it clear to ourselves whether that foreign influence runs in the direction of our own cultural possibilities or against them; whether it acts as an invigorating serum in the body of Islamic culture, or as a poison.

An answer to this question can be found through analysis only. We have to discover the motive force of both civilizations – the Islamic and that of the modern West – and then to investigate how far a cooperation is possible between them. And as Islamic civilization is essentially a religious one, we must, first of all, try to define the general role of religion in human life.