The Universal Declaration of Independence 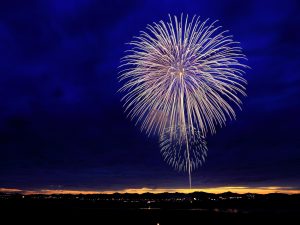 The Universal Declaration of Independence

About fourteen hundred years ago, Prophet Muhammad (PBUH) gave to humanity a document, containing universal truths including those mentioned in The Declaration of Independence.

Under our Prophet’s leadership, the world was transformed, as people were given freedom to develop their human potential. Even today, historians and philosophers marvel at how the most backward and barbarous people became the most advanced, most civilized in such a short time. Yet, sadly enough, today, instead of being astonished, we are perplexed at how the succeeding Muslim generations came to lose that glory. They lost independent thought by self-concentrated individuals.

Over and over again, Allama Iqbal emphasizes the importance of independent thought. For example, he says:

The only course open to us is to approach modern knowledge with a respectful but independent attitude and to appreciate the teachings of Islam in the light of that knowledge, even though we may be led to differ from those who have gone before us( page 78). …The teaching of the Quran that life is a process of progressive creation necessitates that each generation, guided but unhampered by the work of its predecessors, should be permitted to solve its own problems (Page 134). …False reverence to past history and its artificial resurrection constitute no remedies for a people’s decay. ‘The verdict of history’, as a modern writer has happily put it, ‘is that worn-out ideas have never risen to power among a people who have worn them out.’ The only effective power, therefore, that counteracts the forces of decay in a people is the rearing of self-concentrated individuals. (The Reconstruction of Religious Thought in Islam, Page 120).

Allama Iqbal goes on to explain the meaning of “self-concentrated individuals.” Individuals must have freedom of thought to be able to develop the self. In a well-known couplet, he compares the “self” or “khudi” to unique pearl, urging individuals to focus on the development of “self” through freedom of thought, and not to destroy it by blind following:

[Do not destroy your self by blind following. Protect it because it is a unique pearl.]

This can be elucidated by an example. While every tree is subjected to restrictions by nature, these restrictions are imposed to optimize the growth and development of a tree’s latent potential. The same principle can be applied to human society. And the application of this principle is what our Prophet (PBUH) accomplished in Medina. He implemented, in Medina, a socio-economic and political infrastructure within the boundaries of the Qur’anic principles. The Quran constitutionally protected the human rights and freedom of all people. Everyone was equal, including the Prophet (PBUH), before the law. Within these Qur’anic limits, human beings enjoyed full freedom of thought, which, in turn, gave human beings the opportunity to realize and nourish their God-given latent potential. Hence, the glory of Islam in its early years!

The system that can guarantee equal rights and freedoms for all human beings irrespective of race, color, language, ethnicity, etc. must be based on permanent values. Since human thinkers and philosophers, searching for permanent values, are limited by time and space, it becomes obvious they cannot find these except through trial and error. On the other hand, if we are able to structure our society based on the permanent values contained in the Quran, then humanity will not only be assured dignity and equality, but it will also be set free to realize its God-given potential, as it did 1400 years ago in the glorious days of early Islam. The challenge for us is to show the world that the Quran is the only book that contains the complete set of Permanent Values.

This is what our Prophet (PBUH), whom we love so dearly, did to liberate human beings. This is how he “… lift[ed] from them their burdens and the shackles that were upon them” (Al-A`raf 7:157). This must be done, however, through constitutional and peaceful means. It requires, firstly, great wisdom, up-to-date knowledge, objective reasoning, and deep understanding of the Qur’an as a universal constitution, not as a religious book. Secondly, it requires great focus, great patience, and great tolerance. This is what our Prophet (PBUH) struggled for throughout his life.

This is What Happens When You Humiliate Others!