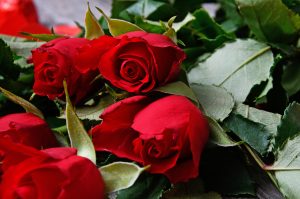 Throughout history, many non-Muslims, and even some suspicious Muslims, have raised the following question:

Why is it that, if Islam only permits up to four wives, Prophet Muhammad took nine wives?

— Polygamy was introduced by Islam.

— The Prophet of Islam had more liberty to get married to whomever He chose, why more than anyone else?

However, to answer such questions one needs to understand the following Qur’anic ayahs, one-by-one, by putting them into both their textual and historical contexts.

Only Four Wives for Muslims

The Arabs were not something original among the people of earlier cultures or faiths. They used to have many wives, as well as concubines. This resulted in conflict of legal presumptions of paternity for the resulting children.

However, the Qur’an came to restore the dignity of women as human beings, their chastity, and the purity of human lineage. So, the following Qur’anic ayah was revealed:

{And if you fear that you will not deal justly with the orphan girls, then marry those that please you of [other] women, two or three or four.

“But if you fear that you will not be just, then [marry only] one or those your right hand possesses. That is more suitable that you may not incline [to injustice} (An-Nisa’ 4:3)

Allah the Almighty ordained that “absolute polygamy” should stop immediately. Consequently, all the Prophet’s companions who had more than four wives, divorced the extra wives in full submission to Allah’s decree.

The divorced wives – who accepted this divine decree with full satisfaction, soon found other husbands and continued to lead normal lives.

Who Was Exempted? The Prophet or His Wives?

{Not lawful to you, [O Muhammad], are [any additional] women after [this], nor [is it] for you to exchange them for [other] wives, even if their beauty were to please you, except what your right hand possesses. And ever is Allah, over all things, an Observer} (Al-Ahzab 33:52)

Evidently, the Prophet (peace and blessings upon him) had nine wives, but was exempted and allowed to keep them all for a valid reason.

Why did Allah the Almighty exempt the Prophet’s (peace and blessings upon him) wives from this divine decree?

This is because when any Muslim woman is divorced, she can remarry after her waiting period is over. Thus, she can go on with her life, normally and happily.

{And it is not [conceivable or lawful] for you to harm the Messenger of Allah or to marry his wives after him, ever. Indeed, that would be in the sight of Allah an enormity [atrocity]} (Al-Ahzab 33:53)

Consequently, it would be inhuman for his wives to be doomed to solitude and depravity all their lives. Thus, the Prophet was exceptionally permitted to keep them.

Moreover, if the Prophet (peace and blessings upon him), or his wives, were not exempted from this ruling, if any of his wives would die or be divorced, he would have married another one to replace her. He could even exchange them all for other wives. However, the divine ordinance was clear and absolute; He was not allowed to have any other wives other than the original nine. Even if any of them, or all of them, were divorced or passed away, he could not take any other wife or wives in their place.

Who Had More Liberty In Terms of the Number of Wives?

It is evident from the above ayahs and subsequent discussion, that it was the Prophet (peace and blessings upon him), who had the most rigid restriction compared to other Muslims. He was not allowed to take any other wives, even if all of his original nine wives were divorced or passed away.

However, other Muslims were permitted to marry any other women on the condition that the number did not exceed four at the same time.

Hence, we understand that the Prophet (peace and blessings upon him) was not free to get married to however many wives as He might so choose. On the other hand, Muslims were permitted to marry up to four.

It is noteworthy that polygamy was prevalent in all faith traditions and cultures that preceded Islam, Arabs and non-Arabs alike.  Consequently, Islam did not initiate the practice of polygamy, instead, it rationalized and restricted it in a way to preserve human relationships and maintain them based on dignity and mutual respect.

Dr. Ali Al-Halawani is Assistant Professor of Linguistics and Translation, Kulliyyah of Languages and Management (KLM), International Islamic University Malaysia (IIUM), Kuala Lumpur, Malaysia. He was Assistant Professor and worked for a number of international universities in Malaysia and Egypt such as Al-Madinah International University, Shah Alam, Malaysia (Mediu) and Misr University for Science & Technology (MUST), Egypt; Former Editor-in-Chief of the Electronic Da`wah Committee (EDC), Kuwait; Former Deputy Chief Editor and Managing Editor of the Living Shari`ah Department, www.islamOnline.net; Member of the International Union of Muslim Scholars (IUMS); and member of the World Association of Arab Translators & Linguists (Wata). He has recently started to self-publish his articles and new books, which are available on Amazon and Kindle. He is a published writer, translator and researcher. You can reach him at [email protected].