A Brief History of the Theory of Evolution 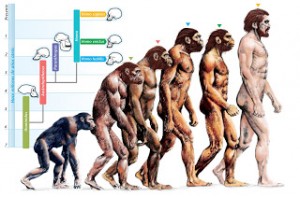 While developing his theory, Darwin was impressed by many evolutionist biologists preceding him, and primarily by the French biologist, Lamarck.

The theory of evolution is the outcome of the materialist philosophy that surfaced with the reawakening of ancient Sumerian and Greek materialistic myths and became widespread in the 19th century. Materialism seeks to explain nature through purely material factors. Since it denies creation right from the start, it asserts that everything, whether animate or inanimate, has appeared without an act of creation but rather as a result of a coincidence that then acquired a condition of order. The human mind, however, is so structured as to comprehend the existence of an organizing will wherever it sees order. Materialistic philosophy, which is contrary to this very basic characteristic of the human mind, produced “the theory of evolution” in the middle of the 19th century.

The person who put forward the theory of evolution the way it is defended today, was an amateur English naturalist, Charles Robert Darwin.

Darwin had never undergone a formal education in biology. He took only an amateur interest in the subject of nature and living things. His interest spurred him to voluntarily join an expedition on board a ship named H.M.S. Beagle that set out from England in 1832 and traveled around different regions of the world for five years. Young Darwin was greatly impressed by various living species, especially by certain finches that he saw in the Galapagos Islands. He thought that the variations in their beaks were caused by their adaptation to their habitat. With this idea in mind, he supposed that the origin of life and species lay in the concept of “adaptation to the environment”. According to Darwin, different living species were not created separately by Allah but rather came from a common ancestor and became differentiated from each other as a result of natural forces.

Darwin called this process “evolution by natural selection”. He thought he had found the “origin of species”: the origin of one species was another species. He published these views in his book titled The Origin of Species, By Means of Natural Selection in 1859.

Darwin was well aware that his theory faced lots of problems. He confessed these in his book in the chapter “Difficulties of the Theory”. These difficulties primarily consisted of the fossil record, complex organs of living things that could not possibly be explained by coincidence (e.g. the eye), and the instincts of living beings. Darwin hoped that these difficulties would be overcome by new discoveries, yet this did not stop him from coming up with a number of very inadequate explanations for some. The American physicist Lipson made the following comment on the “difficulties” of Darwin:

On reading The Origin of Species, I found that Darwin was much less sure himself than he is often represented to be; the chapter entitled “Difficulties of the Theory” for example shows considerable self-doubt. As a physicist, I was particularly intrigued by his comments on how the eye would have arisen.

While developing his theory, Darwin was impressed by many evolutionist biologists preceding him, and primarily by the French biologist, Lamarck. According to Lamarck, living creatures passed the traits they acquired during their lifetime from one generation to the next and thus evolved. For instance, giraffes evolved from antelope-like animals by extending their necks further and further from generation to generation as they tried to reach higher and higher branches for food. Darwin thus employed the thesis of “passing the acquired traits” proposed by Lamarck as the factor that made living beings evolve.

But both Darwin and Lamarck were mistaken because, in their day, life could only be studied with very primitive technology and at a very inadequate level. Scientific fields such as genetics and biochemistry did not exist even in name. Their theories, therefore, had to depend entirely on their powers of imagination.

While the echoes of Darwin’s book reverberated, an Austrian botanist by the name of Gregor Mendel discovered the laws of inheritance in 1865. Not much heard of until the end of the century, Mendel’s discovery gained great importance in the early 1900s. This was the birth of the science of genetics. Somewhat later, the structure of the genes and the chromosomes was discovered. The discovery, in the 1950s, of the DNA molecule that incorporates genetic information threw the theory of evolution into a great crisis. The reason was the incredible complexity of life and the invalidity of the evolutionary mechanisms proposed by Darwin.

The Desperate Efforts of neo-Darwinism 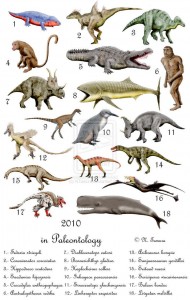 Neo-Darwinists were living with the fond hope-they still do-that the lost transitional forms would one day be found. Realizing that this hope was groundless, Eldredge and Gould were nevertheless unable to abandon their evolutionary dogma, so they put forward a new model: punctuated equilibrium.

Darwin’s theory entered into a deep crisis because of the laws of genetics discovered in the first quarter of the 20th century. Nevertheless, a group of scientists who were determined to remain loyal to Darwin endeavored to come up with solutions.

This cadre focused on the question of the origin of the advantageous variations that supposedly caused living organisms to evolve-an issue that Darwin himself was unable to explain but simply tried to side-step by depending on Lamarck. The idea was now “random mutations”. They named this new theory “The Modern Synthetic Evolution Theory”, which was formulated by adding the concept of mutation to Darwin’s natural selection thesis. In a short time, this theory came to be known as “neo-Darwinism” and those who put forward the theory were called “neo-Darwinists”.

The following decades were to become an era of desperate attempts to prove neo-Darwinism. It was already known that mutations-or “accidents”-that took place in the genes of living organisms were always harmful. Neo-Darwinists tried to establish a case for “advantageous mutation” by carrying out thousands of mutation experiments. All their attempts ended in complete failure.

They also tried to prove that the first living organisms could have originated by chance under primitive terrestrial conditions that the theory posited but the same failure attended these experiments too. Every experiment that sought to prove that life could be generated by chance failed. Probability calculations prove that not even a single protein, the building blocks of life, could have originated by chance. And the cell-which supposedly emerged by chance under primitive and uncontrolled terrestrial conditions according to the evolutionists-could not be synthesized by even the most sophisticated laboratories of the 20th century.

The neo-darwinist theory is also defeated by the fossil record. No “transitional forms”, which were supposed to show the gradual evolution of living organisms from primitive to advanced species as the neo-Darwinist theory claimed, have ever been found anywhere in the world. At the same time, comparative anatomy revealed that species that were supposed to have evolved from one another had in fact very different anatomical features and that they could never have been ancestors or descendants of each other.

But neo-Darwinism was never a scientific theory anyway, but was an ideological dogma if not to say some sort of “religion”. This is why the champions of the theory of evolution still go on defending it in spite of all the evidence to the contrary. One thing they cannot agree on, however, is which of the different models proposed for the realization of evolution is the “right” one. One of the most important of these models is the fantastic scenario known as “punctuated equilibrium”.

Most of the scientists who believe in evolution accept the neo-Darwinist theory of slow, gradual evolution. In recent decades, however, a different model has been proposed. Called “punctuated equilibrium”, this model rejects the Darwinist idea of a cumulative, step-by-step evolution and holds that evolution took place instead in big, discontinuous “jumps”.

The first vociferous defenders of this notion appeared at the beginning of the 1970s. Two American paleontologists, Niles Eldredge and Stephen Jay Gould, were well aware that the claims of the neo-Darwinist theory were absolutely refuted by the fossil record. Fossils proved that living organisms did not originate by gradual evolution, but appeared suddenly and fully-formed. Neo-Darwinists were living with the fond hope-they still do-that the lost transitional forms would one day be found. Realizing that this hope was groundless, Eldredge and Gould were nevertheless unable to abandon their evolutionary dogma, so they put forward a new model: punctuated equilibrium. This is the claim that evolution did not take place as a result of minor variations but rather in sudden and great changes.

This model was nothing but a model for fantasies. For instance, European paleontologist O.H. Schindewolf, who led the way for Eldredge and Gould, claimed that the first bird came out of a reptile egg, as a “gross mutation”, that is, as a result of a huge “accident” that took place in the genetic structure. According to the same theory, some land-dwelling animals could have turned into giant whales having undergone a sudden and comprehensive transformation. These claims, totally contradicting all the rules of genetics, biophysics, and biochemistry are as scientific as the fairy tales about frogs turning into princes! Nevertheless, being distressed by the crisis that the neo-Darwinist assertion was in, some evolutionist paleontologists embraced this theory, which had the distinction of being even more bizarre than neo-Darwinism itself.

Moreover, the model of “punctuated equilibrium” collapses from the very first step by its inability to address the question of the origin of life, which is also the question that refutes the neo-Darwinist model from the outset. Since not even a single protein can have originated by chance, the debate over whether organisms made up of trillions of those proteins have undergone a “punctuated” or “gradual” evolution is senseless.

Taken with slight editorial modifications from Harun Yahya’s book, The Collapse of the Theory of Evolution.