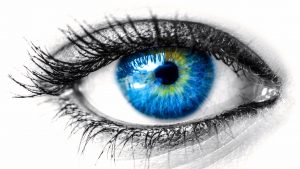 In order for an eye to see, all of its parts have to co-exist and work in harmony

The eye is one of the most manifest pieces of evidence that living creatures are created. All sight organs, including animal eyes and the human eye, possess extremely striking features. This exceptional organ is so overwhelmingly complex that it surpasses even the most sophisticated man-made devices in the world.

In order for an eye to see, all of its parts have to co-exist and work in harmony. For instance, if an eye happened to have lost its eyelid, but still had all the other parts such as the cornea, conjunctiva, iris, pupil, eye lenses, retina, choroid, eye muscles, and tear glands, it would still be greatly damaged and soon lose its seeing function. In the same manner, even if all its organelles were present, if the tear production were stopped, the eye would soon dry out and become blind.

“The chain of coincidences” posited by evolutionists loses all its meaning against the complex structure of the eye. The eye has a multi-sectioned complex system and, as discussed above, all of these individual sections had to come into existence at the same time. An evolutionist scientist admits to this truth:

The common trait of the eyes and the wings is that they can only function if they are fully developed. In other words, a halfway-developed eye cannot see; a bird with half-formed wings cannot fly.

This shows that the eye appeared in a single moment and perfectly, together with all its component parts. In other words, like all our other organs, Allah has created the eye to be totally flawless.