A Life of Trouble and Anguish 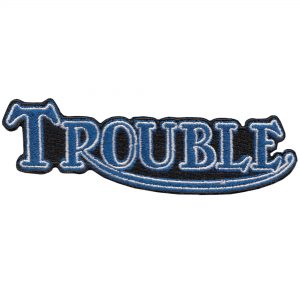 On the other hand, believers who spend their lives in the cause of Allah are rewarded with a beautiful life both in this world and the Hereafter.

People in a state of ignorance invest all their hopes and dreams in this world alone and forget the Hereafter. However, the attachment they form for this life often turns into an unbridled ambition. At this point, fortune, fame or status cease to satisfy the individual’s worldly whims and desires. Success and prosperity only engender further ambition and greed rather than induce a peaceful state of mind. Such ambition, however, is detrimental to man’s physical well-being. Ambitions also make him lose his moral values. Self-interest finally isolates him. Though surrounded by a lot of people, people in a state of ignorance feel lonely and insecure, never finding a true companion. These factors together with other troubles become a major source of disappointment. Under such circumstances, life becomes a burden rather than a source of joy and pleasure.

This is exactly what befalls the ignorant as a result of their own preferences. However, no matter what befalls them, they do not realize what is happening to their lives. Most of them only realize it after spending a whole life devoted to worldly pleasures, at the very time when they feel death is close. To their sorrow, however, it is too late. Even then, the grief does not stop there. Allah informs us that it is not only this life that they lose. Because of their adherence to primitive reasoning, these people will meet a grievous end in the Hereafter:

“They indeed are losers who deny their meeting with Allah until, when the Hour comes on them suddenly, they cry: Alas for us, that we neglected it! They bear upon their backs their burdens. Ah, evil are the burdens which they bear!” (Al-An`am: 31)

On the other hand, believers who spend their lives in the cause of Allah are rewarded with a beautiful life both in this world and the Hereafter:

“So Allah gave them the reward of this world and the glorious reward of the Hereafter. Allah loves those whose deeds are good.” (Al `Imran: 148)

“Say: Who has forbidden the adornment of Allah which He has brought forth for His bondmen, and the good things of His providing? Say: Such, on the Day of Resurrection, will be only for those who believed during the life of this world. Thus do we make plain Our revelations for peoples who have knowledge.” (Al-A`raf: 32)

This is the ayah starting with:

“Those who believe and carry out their duty to Allah, theirs are good tidings in the life of the world and in the Hereafter. There is no changing the Words of Allah; that is the Supreme Triumph.” (Yunus: 63-64)