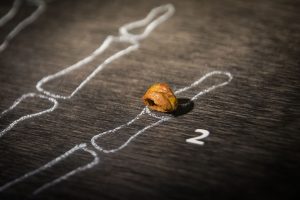 Nowadays there is a common mobility in some scientific journals and internet sites that are set to work on Darwinism’s advocacy. Some remains of living things that were found in the past years, the insufficiency and invalidity of which were proven, are being brought back to the agenda again to be presented as evidence of evolution.

One of the latest examples of this has been published on sites such as Sciencemag and Dailymail. Stories revealing Darwinist imagination has been made the topic of articles one more time, by bringing a small piece of a finger bone and a few teeth to the fore.

How Was Denisovan Humans Generated?

As it is known, in an article published in Nature magazine in December 2010, it was announced that a newly discovered, “one more extinct ‘hominid line’ was found”. Since this finding was attained through the information obtained from the fossil remains found in Denisova Cave in Altay Mountains of Siberia, this so-called new species was named Denisovan Human (or Homo Altai). The Denisovans – despite there is no available evidence at all – were introduced as a human being of a supposedly different type from today’s man and a sub-species of modern man.

Again, according to this claim, about 40-50 thousand years ago the Denisovans exchanged genes with the ancestors of today’s people who had subsequently migrated from Africa. From this point of view, 4% of the genes of the people living in the Papua New Guinea region today were shown as belonging to the Denisovans. However, the Denisovans had neither transferred genes to people in other parts of Asia nor to other Southeast Asian peoples from Australia, New Zealand, or Indonesia.

How were a piece of finger bone and two teeth announced as a “New Species”?

To which fossil discovery this so-called new hominid species whose life stories were told was based on, as it became the subject of scientific researches and articles? How were genetic maps formulated over these fossils, and what is more, how were man’s immigration routes over the Earth and their genetic exchanges explained through it? Let’s now see that all these are not founded on any evidence at all and they are mere conjecture:

The cave where the fossils were found actually hosted many human communities even animals from ancient times. Hand tools and ornaments were also found in the same layers. It was claimed that a bone fragment of 0.5 cm in diameter found amongst the fossil remains in this cave belonged to the medium phalange tip of the right hand of this so-called new hominid. Later on, two molar teeth were added to this allegation. The diameter of the molar teeth were slightly wide, and their roots were inclined outward. Darwinists who commented on this in their way of suppositions suggested that the found remains could belong to modern man.

First of all, claiming that the bone fragment found represents a different species when it is even doubtful whether in terms of its shape it belongs to a finger or another region of the body is moving away from reason and scientific method. The fact that this molar tooth does not resemble today’s people with subtle differences does not indicate that these remains are of a different living species. When we are to compare people living in different countries, it is possible to come across various morphological differences. This can vary according to the age, gender, circumstances of the living environment the intensity of the physical work done, eating habits, or the food consumed, again to the extent permitted by the genes. It is also possible to encounter severe structural disorders in a variety of gene or bone diseases.

The irrationality of attempting to write history based on generalizations made on a few fossil fragments belonging to one or two individuals is blatant at this stage. Moreover, even if we assume that these fossils are genuine, there is no proof that shows these do not belong to a person with a genetic, hormonal or bone disease. For that reason, making generalizations built on a single individual would overtly be an unscientific method to follow.

Efforts to chart the genetic ma of Denisovan fossils

In order to reinforce their so-called evidence, scientists who have studied the Denisovan fossils claimed they had charted the genetic map of found fossil fragments. According to their presumptions, they had developed new techniques for obtaining genetic sequences from fossil remains, and they alleged;

The Denisovan fossil contained some differences from the human genome.
Today’s Papua New Guinea man had 4% of Denisovan genes in their genetic makeup.
50,000 years ago, Denisovans interacted with their human ancestors in social life and then immigrated to the Papua region in Southeast Asia.
The most interesting of all of these was the assertion that Denisovan genes were not transferred to any other human being living today.

Before scientifically refuting these claims, it is important to make a crucial reminder at this point: All these assumptions are propounded only by interpretation of the studies made on fossil remains. Therefore, such comments have no scientific basis or credibility.

Why fossil DNA sequencing not reliable?

As it is known, the Human Genome Project gave its first results in 2003. The human DNA, received from living individuals was relatively easy to process and intact, and it was revised several times within the next 13 years for the correction of deficiencies and mistakes. Until today, genetic maps of only 7 to 8 individuals could be charted. It was seen that the human genome consisted of about 3.4 billion bases, and the difference between individuals was only smaller than one in a thousand. And yet, these differences did not occur in gene coding regions, but mostly in regions where such a difference is necessary as a requirement of the immune system, like the MHC gene.

When we consider the necessity of advanced techniques even studying the DNA sampled from living human beings, it is obvious there arise many difficulties in DNA research of fossil remains.

We can briefly summarize these obstacles as follows:

The reliability of the technique used during the purification of the DNA to be examined is highly essential to prevent any mistakes. In fact, the biggest problem with DNA research on fossils is the likelihood of its mixing with other organic wastes. As we have stated at the beginning, the region where Denisovan fossils were unearthed hosted many human beings and animals. Therefore, the DNA of these living things is blended with the DNA of the fossil findings. When the DNA of microorganisms and various insects are added to these, a completely intermixed pool of DNA is encountered. In this case, it is almost impossible not to make mistakes on studying the fossil DNA. In point of fact, the magazine mentions that the part of the DNA sample that belongs to the Denisovan fossil is only 0.17%.

2- Problem of finding DNA in fossils in fragmented form 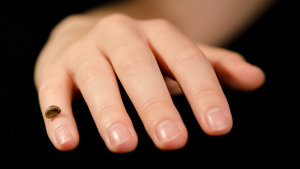 Human DNA is an enormous library comprised of 3.4 billion base pairs. It is possible to determine the sequence and the chromosome mapping of the DNA obtained from a living human being. However, DNA discovered in a fossil is in a fragmented state by influence of tens of thousands of years passed so far. Most have a maximum sequence of 50-70 bases. When DNA is considered as a whole, this would mean 50-100 million pieces. It would not be wrong to compare this to a puzzle consisting of 100 million pieces. Moreover, you have no template in hand that shows how to solve this puzzle.

It is stated in the article that in order to overcome this problem, genomes of human beings living today and chimpanzees were used as a template. Then, how will the intrusive DNA blended together to it from other living things be distinguished? To start with, the use of the human genome as a template in a research that attempts at revealing differences from the human genome is not, of course, right as a scientific method and the results of such a study is not reliable.

The chemical changes that the fossilized DNA has undergone all through the years in its natural environment may also cause modifications in the base chain. In addition, enzymes such as Uracil-DNA glycosylase and endonuclease which are used in preparation of DNA may also disrupt the structure of the sequence. Again, the PCR technique used to amplify the DNA is also open to errors.

Besides all these problems, the error margin set to be 1.5% as stated in the article is also another problem. Because again, according to their claims, the difference between the gene sequences of Denisovan fossils and contemporary human beings is exactly the same amount. In this case, it will remain as an uncertainty whether this discrepancy reflects the truth or is due to an error. To sum up, all these are divorced from scientific method, and misdirect science for ideological reasons.

The evolution is a presupposition far from being scientific

If scientific findings support a certain theory, it should be accepted as true. But, if the results have no advocacy for that theory, it should be rejected. This is a binding rule for evolution as well. As in the case of Denisovan humans, since Darwinists unquestionably adopt evolution and do research upon this presupposition, we are faced with a purely ideological steering, far away from principles of science.

It is possible to encounter this fact in every Darwinist publication, in every university, and every book. There is, of course, no scientific basis for explanations based on Darwinist presuppositions. The scientific method inquires research to be held with no prejudice or ideological bias, and without any limitations.

The outcome of all fossil research made up until today as well as the complex structure of life demonstrate that life emerged instantaneously and in perfection. This is, too, one of the clearest proofs that evolution has never happened.