A Tale of Two Pencils 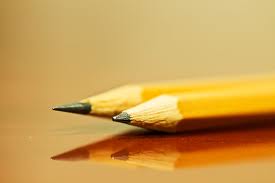 One should attribute all success to Allah’s will, for no one can succeed in anything unless he or she is granted a divine permission from Almighty Allah.

Once upon a time, there were two pencils who were intimate friends. Because they were never sharpened, they had the same height. However, one of them became sick and tired of the life of silence and passivity they were both leading. Thereupon, he drew toward a pencil sharpener and asked her to sharpen him. Afraid of pain, the second pencil fell back; he was determined to maintain his elegant outward appearance.

Now sharpened, the first pencil decided to spend some time away from home. He came back after a while “short” but wise. Upon seeing him, the unsharpened, elegant pencil did not recognize him; moreover, he could not even talk to him.

The sharpened pencil took the initiative and revealed his identity. The tall pencil was astonished, and signs of mockery were even visible on his face as he noticed the shortness of his old friend.

The short pencil did not pay attention to the mockery of his tall friend. He started to talk about the things he had learned during his time off. He began to write many words and draw many interesting shapes as he told his tall friend about his outdoor experience. In fact, he has seen a lot and learned many skills and arts that gave him wisdom.

At this, tears of remorse dropped from the eyes of the tall pencil, and he suddenly hastened on to the sharpener to have one of his ends sharpened. He broke the barrier of silence, passivity, and fear only after he knew that whoever wants to learn should suffer first.

Although the above tale is fictional, it has an intriguing, real-world moral. It is only through life experiences that one can advance and gain the wisdom one needs to put up with the hardships and vicissitudes of this life. If one has an adamant position in life, no promotion of any kind will be granted to him or her. This can be understood from the following Qur’anic verse:

One should attribute all success to Allah’s will, for no one can succeed in anything unless he or she is granted a divine permission from Almighty Allah.

However, the verse says more than that: It negates cessation or stagnation in life. Either one is “going forward” or one is “remaining behind” with all others going ahead, leaving him or her behind shedding the tears of remorse in vain.

Moreover, such a person who is left behind might be used by others as a tool that serves their own purposes, yet they never consider his or her own interest or welfare. In business administration, it is well known that if one does not have his or her own plan, he or she will be part of others’ plans. A real human being who has sound reasoning never accepts to be a marionette in the hands of others.

Life is all about choices. People always find themselves obliged to decide on a certain course of action from among a variety of choices on hand. So, it is always up to one to make up his or her mind, and what is more important is that we should be ready to face the consequences of our own choices.

We will never move forward unless we take the initiative and start doing something good for ourselves and for those around us. We will definitely be rewarded by Allah either in this worldly life or in the hereafter. It is important to know that even if we do not get a worldly reward for our efforts, it is inevitable that our efforts will be recompensed in the hereafter because Almighty Allah never treats anyone unjustly.

In addition, it is incumbent upon every human being to exert him or herself to succeed in life. However, one should attribute all success to Allah’s will, for no one can succeed in anything unless he or she is granted a divine permission from Almighty Allah.

Fear begets nothing but backwardness and inferiority in all aspects of life. Defying gratuitous fears is the only option left to humans if they want to progress and live in prosperity. We should all get rid of our fears and start to lead the life we are supposed to lead as rational human beings.

In conclusion, it is very important for us to always remember the following Qur’anic verse:

“Verily Allah does not change the condition of a people until they [first] change their own condition.” (Ar-Ra`d 13:11)