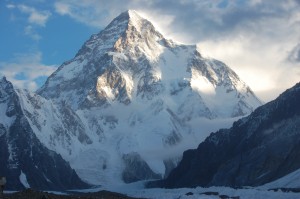 Allah also possesses the power to create many other things beyond our limited imagination.

Allah created the order of the universe in superb detail to allow man to grasp His greatness.

A verse referring to this order reads:

“…so that you might know that Allah has power over all things and that Allah encompasses all things in His knowledge.” (At-Talaq, 65: 12).

Faced with the sublimity of the details of this order, man becomes in awe, recognizing that Allah’s wisdom, knowledge and might is infinite.

So expansive is Allah’s knowledge that what for us is “infinite” is in His sight already ended, every event that has taken place since the creation of time, until deep into eternity, was predetermined and ended in Allah’s Sight:

“We have created all things in due measure. Our command is only one word, like the blinking of an eye. We destroyed those of your kind in the past, but is there any that remembers? Everything they did is in the Books. Everything is recorded, big or small.” (Al-Qamar, 54: 49-53)

Man must seek to appreciate the extent of Allah’s knowledge, and reflect to comprehend His greatness.

Allah also possesses the power to create many other things beyond our limited imagination. The entire extent of the treasures Allah has bestowed in this world for His servants is all within His Sight. He sends down to us only that which He wills, all within a measure predetermined:

“There is nothing that does not have its stores with Us and We only send it down in a known measure.” (Al-Hijr, 15: 21)

This matter, manifested everywhere in Allah’s superb Creation, holds true for both that which we know as well as that which we do not:

Allah has created many worlds and beings which we cannot see. To better understand the possibility of the existence of other worlds, we should consider the following: a picture is two dimensional-width and length. The world in which we live, however, is 3 dimensional-width, length, and depth-(time can be considered as the 4th dimension). The rest is beyond our comprehension. However, in the sight of Allah, there are other dimensions. Angels, for instance, are beings that live in another dimension.

In the Qur’an it is stated that angels can see and hear us from the dimension and space in which they exist. Furthermore, of the two angels seated on our either shoulder, each, and at every moment, is recording every word we speak and every deed we do. Yet, we do not see them. Jinn are also beings of another dimension, as we are informed by the Qur’an. They, like us human beings, are also tested, all through their lives, and will ultimately be brought before judgment by Allah. However, they are possessed of completely different attributes than humans; their existence is dependent upon an entirely different system of cause and effect.

These are all facts that deserve careful consideration in order to attain a better grasp of Allah’s splendid Creation. It is within Allah’s power to create innumerable new worlds, beings, and situations. Furthermore, each is He able to create with a limitless degree of differentiation. Indeed, in a nature unknown to us, Allah will create Paradise and Hell. While systems left to their own in this world tend to age, become corrupted, and eventually expire, in Paradise, unaffected by the passage of time, nothing will deteriorate; “rivers of milk whose taste will never change” is an example which states this feature of Paradise.

The human body too will not degenerate; nor will anything ever age. As is related in the Qur’an, everyone in Paradise will be of like age, will live together for all eternity, in the best condition, and without growing older or losing their beauty. Allah also informs us in the Qur’an that in it will be bursting springs for us from which to drink. Hell, on the other hand, will be utterly different; in it, Allah will create unimaginable torment. No one will be able to conceive the pain of such torment until he experiences it.

A Limit for Every Thing

On everything in this world, Allah has placed a limit. Everything has a finite existence. This being the case, in order to comprehend “eternity,” and Allah’s infinite might, we need to exercise our minds and compare these ideas with something that is familiar. We can only come to know to the extent that Allah permits us. Allah, however, is infinite in knowledge. Let us consider the following example; Allah has created 7 basic colors. It is impossible for us to visualize another color. (The case is similar to describing the color red to someone who is blind by birth; no description would be adequate.) However, Allah is able to create more than these basic colors. Although, unless He so wills, we will never be able to have a grasp that which is beyond what He has willed for us to know.

All that we have just mentioned belongs to that knowledge that Allah has allotted us in this world. But, one point deserves particular attention; because Allah’s power and might is infinite, anything can happen, and at any time, by His will. Allah’s Messenger, Prophet Muhammad, peace be upon him, also referred to the eternal power of Allah when he said, “The seven heavens and the seven Earths are no more in Allah’s Hand than a mustard seed in the hand of one of you.” Allah explains the infiniteness of His knowledge:

“If all the trees on Earth were pens and all the sea, with seven more seas besides, was ink Allah’s words still would not run dry. Allah is Almighty, All-Wise.” (Luqman, 31: 27)

In brief, no matter how hard we strive to do so, we cannot possibly come to grasp the extent of Allah’s knowledge, because it is unlimited. We can comprehend it only as far as Allah permits us to do so:

“Allah! There is no god but Him, the Living, the Self-Sustaining. He is not subject to drowsiness or sleep. Everything in the heavens and the Earth belongs to Him. Who can intercede with Him except by His permission? He knows what is before them and what is behind them but they cannot grasp any of His knowledge save what He wills. His Footstool encompasses the heavens and the Earth and their preservation does not tire Him. He is the Most High, the Magnificent.” (Al-Baqarah, 2: 255)