Our sincerest thoughts and prayers are with the victims and their families. These acts have occurred in an environment of increasing Islamophobia (both in New Zealand and Australia).

Based on preliminary reports, it appears that the perpetrator was of Australian origin and linked to a white supremacist group. 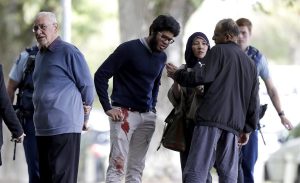 Sadly, persons who carry hatred and rejection in their hearts become more emboldened to act when their Islamophobic views are tolerated and, on occasions, supported and promoted, whether directly or indirectly, by public speakers, politicians and media agencies.

ANIC believes that our political leaders need to do more to counter Islamophobia, acts of hatred and terrorism against any group. This includes in relation to provocative and divisive speech, which can also contribute to an increase in Islamophobia.

“The event is tragic and a reminder of our fragility as a people and society. In its face, it is critical that we stand together as a community and oppose all acts and words of hatred, terrorism and violence directed at any member of our society, particularly based on their religion, race or affiliations.

The Muslim community, both in Australia and New Zealand, must remain calm and draw support from those friends around us who come to our support.”

Once again, ANIC reiterates that violence, extremism and acts of terrorism do not belong to any religion or faith.

ANIC takes this opportunity to thank the level-minded political leaders, journalists and people among us for their ongoing support in promoting tolerance, cohesion and inclusivity.