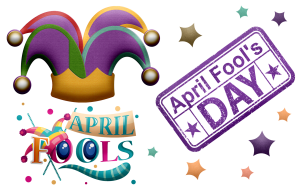 According to the dictionary, April Fools’ Day is a day for practical jokes, but in many places those jokes take the form of lies.

Islam condemns lying. Good people, in general, consider it a vice. If lying is originally forbidden, then April Fools’ would consequently be forbidden because of the unwarranted dismay and chagrin it causes, even if it is for just one hour. It plays with people’s trust, and is a pure emulation of vice.

Moreover, telling lies is bad conduct. It is not proper for righteous people and true believers; rather, it is a sign of hypocrisy, as the Prophet (peace and blessings be upon him) said, “The hypocrite has three characteristics: he tells lies, breaks his promise, and breaches the trust.” (Al-Bukhari and Muslim)

Prophet Muhammad (peace and blessings be upon him) warned against lying for the purpose of entertaining people. He said, “Woe on anyone who speaks to entertain the people by lying, woe on him, woe on him…” (Abu Dawud, At-Tirmidhi, and An-Nasa’i)

He also said, “One is not considered a true believer till he abandons lying for fun and arguing even if he was telling the truth.” (Ahmad and At-Tabarani)

Several Prophetic hadiths warned the Muslims against frightening others seriously or jokingly. The Prophet (peace and blessings be upon him) is reported to have said, “It is not permissible for anyone to frighten a Muslim.” (Abu Dawud)

Consequently, lying is forbidden in any form, and on this occasion (April Fools’ Day) it is forbidden for four reasons:

1- The prohibition of lying which is confirmed by the Quran and the Sunnah.

2- The unwarranted grief or fear it may bring on a person or his entire family, even if only for one hour.

3- The betrayal of trust it entails

4- The emulation of a silly custom that is not ours, that of lying.

Sometimes the idea of telling a lie on this day may be obnoxious to the whole society, not only to a person.

It is agreed upon by all religions and sound minds that truthfulness is a virtue and lying is a vice. To tell the truth, your words should reflect reality; to tell a lie is to contradict what you are actually saying or doing. The worst kind of lying in sayings is perjury and in deeds it is hypocrisy.

Lying is forbidden unless it is for necessity. In that case, the principle “necessity makes the unlawful permissible” applies. Necessity has to be evaluated and used when no other option is available. Some of these acceptable lies is what we call connotation, a word carrying a double meaning. The Muslim may use the positive not the negative interpretation of the word.

It was reported that lying was legitimatized to benefit (someone or something), not to impair (the same). The Prophet (peace and blessings be upon him) said, “A person who reconciles between two people and says good things, even if it is not true, is not a liar.” (Al-Bukhari and Muslim)

Umm Kulthum bint Uqbah also said, in an addition to the hadith, “I never heard the Prophet permitting lying except in three cases: during war, to reconcile between two belligerent parties, the usual talk between the spouses.” What is meant by this talk is love talk to relieve the sufferings of life.