Ascending in the Levels of Worship: Eighteenth Stop of Your Spiritual Journey to God

He diversified the acts of worship for you because He knows how quickly you get bored. And He did not permit you certain acts of worship at certain times so you do not go to extremes. The objective is to perfect your prayers not to merely perform them. Not every performer of prayer perfects them. 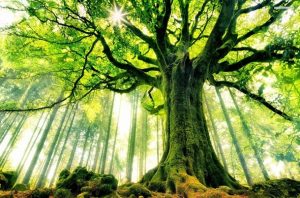 Allah diversified the acts of worship. So you can worship God in different ways.

The word of wisdom under discussion is related to a very important topic in our journey to God which is that of the level of worship. A servant may lose all the levels of worship and feel bored. God, out of His mercy, knows that, as humans, it is natural to feel bored.

Therefore, He diversified the acts of worship. So you can worship God in different ways. For example, prayer is a fixed act of worship that should be performed five times a day. But God recommended other forms of supererogatory prayers such as late-night prayer, prayer of thankfulness, and prayer at times of need, etc.

If a servant feels bored, he may perform the obligatory acts of worship such as prayer and fasting only. He may not want to perform the recommended prayers and fasting, but at the same time he shows much interest in other rituals such as charity, performing `Umrah, education, being kind to neighbors and relatives, helping people with his time and efforts, etc. All these are forms of worship that draw one closer to God.

Therefore, He, in His infinite knowledge, prohibited some acts of worship at certain times. The Prophet said: “Surely this religion (Islam) is firm. So apply it with tenderness. The one who is too harsh on his riding animal, he will not reach his destination and the riding animal will die.”

It is undesirable to pray after the sunset or before the time when the sun moves away from its central meridian, or after the `Asr Prayer. The recommended prayer is not to be performed at all times so that we are eager for performing them again. So, we leave the prayer after `Asr so that we wait for the recommended prayer after Maghrib in eagerness. The same applies to fasting. We are not permitted to fast at certain times, for example, immediately before the beginning of Ramadan and on the first day of `Eid.

When God opens for you the door of reading the Qur’an, you may wish to read it all the time. But it is not allowed to read the Qur’an while we are kneeling down or prostrating in prayer, or in the toilet, or while we are in a state of impurity. Because God knows our nature, He diversified the acts of worship and made some of them prohibited at certain times.

If God guides you to perform a specific act of worship, you have to perfect it and ascend in the levels of performing the worship. The Sheikh gives the example of prayer as he says: “The objective is to perfect your prayers not to merely perform them. Not every performer of prayer perfects them.”

Humbleness is the objective of avoiding the performance of prayer at certain times in case one feels bored or when one goes to extremes. Humbleness cannot be achieved in these two cases.

According to Sufis, humbleness is a science and being a science is supported by the Prophetic tradition in which the Prophet (peace be upon him) talked about the signs of the Day of Judgment, as reported by Abu Ad-Darda’, and said: “We were with the Prophet and looked at the sky then said: This is a time when science is abandoned by people so that they cannot do anything.’ Then he said: ‘If you want I can tell you about the first science that will be abandoned by people; it is humbleness. You may enter a mosque but you do not see a man in a state of humbleness.’” (At-Tirmidhi)

Humiliation requires that you feel that you are weak and that God is the powerful, the rich, and the mighty. Humiliation is the result of neediness as the Sheikh explained in his word of wisdom in which he says: “The tree of humiliation stems from a seed of neediness.” When you feel you are in need of God, a state of humbleness is produced.

.. (and) whenever the messages of the Most Gracious were conveyed unto them, they would fall down (before Him), prostrating themselves and weeping. (Maryam 19:85)

This is the level of feeling awe of God which might lead to crying.

God bestows from on high the best of all teachings in the shape of a divine writ fully consistent within itself, repeating each statement (of the truth) in manifold forms [a divine writ) whereat shiver the skins of all who of their Sustainer stand in awe: (but) in the end their skins and their hearts do soften at the remembrance of (the grace of) God. Such is God’s guidance: He guides therewith him that wills (to be guided) whereas he whom God lets go astray can never find any guide. (Az-Zumar 39:23)

`Abdullah ibn Al-Shakheer informed his some, Mutrif, that he met the Prophet as he was praying. He said that he heard a whistling sound from the chest of the Prophet resembling the sound of a boiling kettle as he was weeping. (Abu Dawud)

The third level is happiness. The best state of humbleness in prayer is to find yourself happy and pleased because of being in the presence of God. So you feel happy when you read the Qur’an, mention God or praise Him. This is a high level of the humbleness levels in which angels descend from heavens to listen to you and a state of tranquility prevails in the place.

Al-Bara’ reported that a person was reciting Surat Al-Kahf and there was a horse tied with two ropes at his side, a cloud overshadowed him, and as it began to come nearer and nearer his horse began to take fright from it. He went and mentioned that to the Prophet (peace be upon him) in the morning, and he (the Prophet) said: “That was tranquility which came down at the recitation of the Qur’an.” (Muslim)

When God takes you to the level of happiness, this will be out of His favor not because of your deeds. However, there are reasons that help one ascend to this level. Among these reasons is reflecting on the meaning of the Quran and feeling humble by calling to mind the concepts related to humiliation, feeling awe of God and happiness. A Muslim poet says:

The three levels mentioned above may be expressed in various forms of worship not only in prayer. Submission to God is the outward work, i.e. performing the prayer by kneeling down and prostration. You give out in charity by your money. You observe fasting by abstaining from eating and drinking. And you perform pilgrimage by circumnutating around the Kab`ah, going between the two hills of Al-Safa and Al-Marwah and offering the sacrifice.

Pilgrimage is not only circumnutating around the Ka`bah, going between the two hills of As-Safa and Al-Marwah and offering the sacrifice, but it is about remembering the Hereafter and following the steps of the prophets and messengers. Then comes the level of excellence, i.e. to worship God as though you are seeing Him, and while you see Him not yet truly He sees you.

The article is excerpted from “Some of Al-Hikam Al-Ataiyyah” (The Path to God: A Journey with Ibn `Ata’illah’s Words of Wisdom In the Light of the Quran, the Prophetic Tradition, and Universal Laws of God- By Dr. Jasser Auda