Did Muhammad Write the Quran?

How would react the allegation that your Prophet Muhammad wrote the Quran?

With regard to your question, Dr. Ibrahim H. Malabari, a well-known Islamic researcher and author of many Islamic books, states: 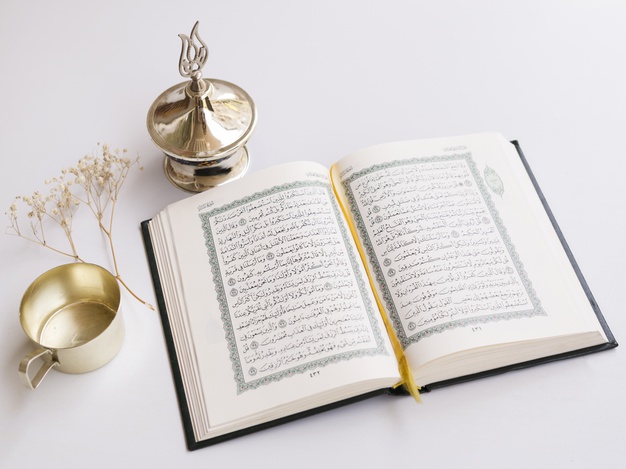 The charge against the Prophet Muhammad that he concocted the Quran is a very prevalent one, especially in the West. Even those who are sympathetic to Islam among Western writers cannot admit that the Quran is revelation and its author is God himself.

There is a long and deep-rooted tradition in Western literature that views the Quran as the work of the Prophet. Thus, we will look at this issue, though extremely briefly, in light of well-documented historical facts, logic, as well as with respect to the Prophet’s personality, life and career.

The Prophet Muhammad is perhaps the most fully documented person in antiquity and history. This fact enables us to examine closely the claim that he wrote the Quran himself.

This is a topic of volumes, as scholars have discussed in detail hundreds of strong evidences that establish the divine origin of the Quran.

Considering the scope of this answer, we will mention just a few.

First, it was well-known among the early Arabs of Mecca that the Prophet Muhammad did not read or write, and was not formally educated.

The Quran itself states that the Prophet was unlettered, specifically in the sense that he could not read or write. No one in the Meccan community attempted to deny this claim of the Quran: “Believe, then, in God and His Messenger – the unlettered Prophet who believes in God and His words – and follow him, so that you might find guidance!” (Quran 7:158)

As is recorded in his biography, when the angel Gabriel approached the Prophet for the first time at the age of 40, and revealed to him the first verse of the Quran, “Read!”, the Prophet’s response was that he was unable to read.

Thus even at the start of revelation, the Prophet was in no position to compose a book. Indeed as the Quran states, the Prophet’s being unlettered was itself a matter of divine wisdom: “Never have you recited Scripture before this (Quran oh Prophet)! Nor have you transcribed one with your right hand. For then, the progenitors of falsehood would have had cause to doubt (the revelation).” (Quran 29:48)

Second, in various instances in the life of the Prophet Muhammad where a problem arose, he was unable to find a solution until it was revealed to him by God.

In many of these instances, the answer was delayed often causing the Prophet great anxiety. If the Prophet had devised the answers himself, why would he need to wait on revelation?

Here are a few examples:

Thereafter God’s commands arrived, and Muslims immediately turned their faces towards the direction of Mecca, turning from North to South.

In all of these incidents and many others the Prophet did not act until revelation came to him with an explicit answer or command. This was the case even though the delay caused him to be rebuked and accused of being a false Prophet.

If the Quran were from the Prophet, surely he could have “revealed” the verses earlier. This shows the Quran is a revelation from God, and not from Muhammad’s own imagination.

Third, the Arabs, both Muslims and non-Muslim, have testified to the high calibre and literal mastery of the Quran:

This shows that the Quran was something beyond the Prophet’s talent or genius, as its origin was other than the Prophet Muhammad.

Fourth, there is a marked difference between the Prophet’s sayings and Quranic verses. The Prophet’s sayings are recorded in volumes, called hadith, which are more voluminous than the Quran. When he spoke, his sayings were not accompanied with any extraordinary experiences, but when he received the revelation he would often experience abnormal sensations. When verses were revealed to him, sometimes he would sweat even on cold days, his face would become red, his body would become heavy, etc.

Was he just acting? Definitely not! How could he have lived such a pretentious and complicated life for 23 years? This is indeed the difference between the hadith and the Quran.

As for the Quran, he received it by revelation from God verbatim, and as for the hadith, they were his own words.

Another crucial point in this respect is the huge difference between the linguistic style of the Quran and that of hadith.

A comparison of both suggests unequivocally that the author of the Quran is entirely different from that of the hadith.

It is also recorded authentically that the Arabs themselves were surprised by the language of the Quran because the Prophet was not known to have composed any literal piece before its revelation.

Clearly, the language of the Quran was not from Muhammad’s own tongue. Even non-Arabic speaking people can see this vast difference in style and language between the Quran and the hadith, even by reading translations.

Fifth, a good portion of the Quran includes stories of previous Prophets and their nations. Always, the concluding remark is that the Prophet had no previous knowledge of any of those stories or historical events, and that he only knew of them through revelation, for example:

Verses like the above appear routinely after the stories in the Quran. Thus, if the Prophet had learned these stories from Jews and Christians, why should he ascribe them to God? Is he such a blatant liar?

Sixth, the Quran severely criticized the Prophet on several issues:

There are many other incidents in which the Prophet was reproached and reprimanded by God.

The logical question here is why would the Prophet make up these verses? Even if someone had revealed these verses to him, why would he retain them while having a firm belief that these verses will be recited and read throughout the ages?

The logical and factual answer is that these are not the words of the Prophet, and he is not the author of the Quran.

If the Prophet was really the author of the Quran, why did he have to state these words? Was he a sheer liar to the extent that he both concocted the Quran and devised threats against himself?

History and logic would refute this claim, especially since the Prophet was known never to have uttered a lie in his whole life. Before Prophethood, even the pagan idolaters attested to his truthfulness, and he was known as the “Trustworthy” and “Truthful”.

Are we to believe that suddenly, at the age of 40, the Prophet not only began to utter a long string of lies but that these lies were against God Himself? Simply illogical!

Source: Taken from the author’s Ten Questions and Answers about the Prophet Muhammad.