Should the Jews and Christians Be Expelled from Arabia?

Assalamu alaykum! I found some ahadith: "I will expel the Jews and Christians from the Arabian Peninsula and will not leave any but Muslims" [Muslim]. Yahya related to me from Malik from Ibn Shihab that the Messenger of Allah (saw) said: "Two deens shall not co-exist in the Arabian Peninsula" [Muwatta]. Both of them are sahih (authentic). I was just wondering if you could explain this to me, because this sure looks like ethnic cleansing. Its seems hypocritical, because if the situation was in reverse (if the non-Muslims decided not to let any Muslims live in a certain area) surely the Muslims would be religiously obligated to wage war against them. How would Muslims expect peace from the other side if they did something like this? These ahadith and rulings show just how much unnecessary and disgusting hatred there is to anyone whos not a Muslim. Personally, I was born as a Muslim, but I left Islam a few months ago, and this right here is one of many reasons why I did that. Now Im looking more deeply into Islam again. Islam is a very strange religion to me, because it has that wonderful concept of God that seems to be way better than anything any other religion has - but on the other side there are these horrible parts (intolerance, hatred, violence, discrimination against women) that I could never accept for the basic humanity in me. Thank you in advance! 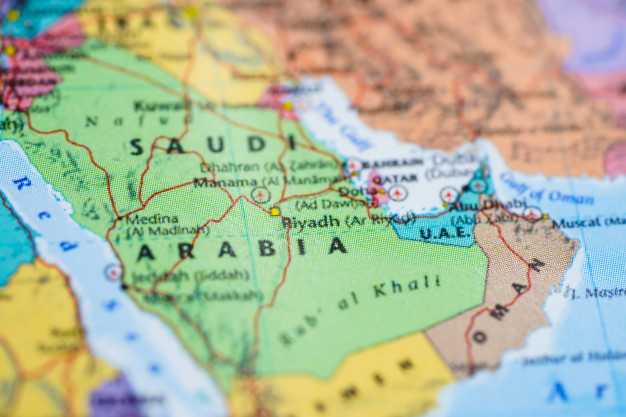 We are sad to read that you left Islam for things that seem to be contradictory.

First let’s agree that Islam is different from what Muslims do. Islam does not need beautification. And Islam has a solution for all problems.

We hope that the problem in question will be clarified and you will come back to the fold of Islam to feel the real happiness in this world and the world to come.

With reference to the hadiths you quoted, they should be understood within their proper context.

The hadith reported in Muslim’s authentic collection of hadiths is talking about a specific region in the Arabian Peninsula. The Prophet (peace be upon him) used the terminology and the language that his companions understood and applied accordingly.

Umar Ibn al-Khattab (may Allah be pleased with him) relocated the Jewish tribes of Khaybar and Fadak and sent them to Tayma and Ariha. These two regions are considered part of the Arabian Peninsula, but still the Jewish tribes were settled there.

The scholars of hadith understood what Umar did to mean that the Jews and the Christians are not allowed in the region of al-Hijaz, surrounding Makkah and Madinah.

The pagans are not allowed to settle specifically in the Hijaz region, meaning Makkah, Madinah, al-Yamamah, and their environs. It does not apply to other regions that are considered part of the Arabian Peninsula. This is because everyone is agreed that they may live in Yemen, though it is part of the Arabian Peninsula. This is the opinion of the majority of scholars. (Fath al-Bari 6/198)

Here we should differentiate between relocating the Jews and Christians and killing them. In no way did the Prophet mean to kill them. Under no context is it allowed for Muslims to kill the Jews and the Christians as long as they are not invaders and enter the Muslim countries with an official visa which is considered like a pledge of protection granted to non-Muslims.

Some scholars maintain that what is prohibited is to let the Jews and Christians have an independent state inside the Arabian Peninsula. They are allowed to stay there as workers and visitors. This stay is temporary and someday they will go home to their native lands.

The Prophet allowed the Jews to stay in Khaybar and he hired them to work in farming. The Prophet had good relations with the Jews to the extent that at the time of his death, he had no money and his shield was being held in mortgage by a Jewish man.

When Abu Bakr (may Allah be pleased with him) became the Caliph, the Jews were at Khaybar, the Christians were at Najran and the Jews of Yemen were at Yemen and are still there until today since they were never expelled by Muslims.

The above mentioned explains how the Companions understood the Prophet’s command to “expel” the Jews and Christians from the Arabian Peninsula. As you can see, sister, we have to know the background and context of each narration reported from the Prophet (peace be upon him).

Generalization is not always recommended. Each case has its own circumstances and what can be applied in a certain area cannot be applied literally in another.

Finally, we ask you to reconsider the decision you have taken to abandon Islam for such issues. Please whenever you face a controversial or a thorny issue; try to consult people of knowledge who follow moderate Islam which is based on the correct understanding of the Quran and the tradition (Sunnah) of the Prophet (peace be upon him).