Why So Many Religions?

If there is only one God, then why are there so many religions? 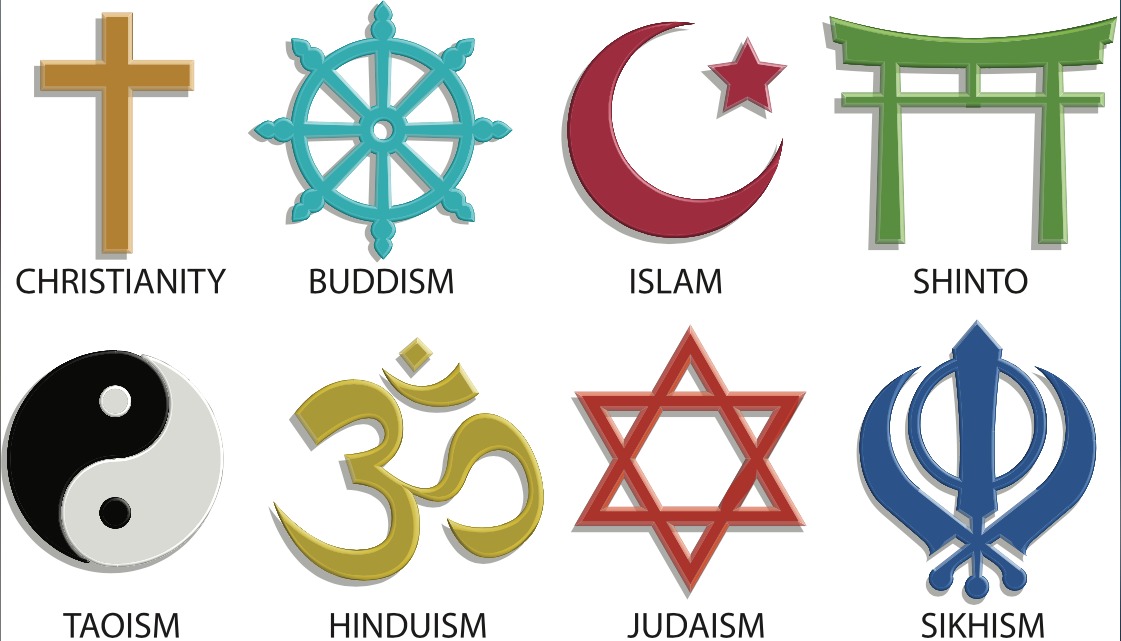 All religions originated with Allah and then people began to add or take away from the teachings so as to take control over each other.

This day, those who disbelieved have given up all hope of your religion, so fear them not, but fear Me. This day, I have perfected your religious Way of life for you, completed My Favour upon you, and have chosen for you to surrender and submit to me in peace as your religious way of life. (Al-Maidah 5:3)

Allah does not force anyone to submit to Him. He has laid out a clear path and then made it known to them the two ways (Heaven or Hell). The person is always free to make his or her own choice.

There is no compulsion in religion. Verily, the Right Path has become distinct from the wrong path. Whoever disbelieves in taghut (false gods and false worship) and believes in Allah, then he has grasped the most trustworthy handhold that will never break. And Allah is All-Hearing, All-Knowing.

Allah is the Wali (Protector or Guardian) of those who believe. He brings them out from darkness into light. But as for those who disbelieve, their Awliya (supporters and helpers) are Taghut [false gods and false worship.], they bring them out from light into darkness. Those are the dwellers of the Fire, and they will remain there forever. (Al-Baqarah 2:256-257)

There is not compulsion in the way of "Islam." Whoever choses to worship Allah without partners and is devoted to Him and is obeying His commands as much as possible, has grasped the firm handhold that will never break. Whoever denies God and chooses some other way to worship or not to believe at all, for them there is an eternal punishment that is most horrible (Hell).

People began to separate into different groups due to their rejection of truth and denial of clear proofs becoming evident to them from their Lord.

And the people of the Scripture (Jews and Christians) not differ amongst themselves until after clear evidence came to them. And they were not commanded anything more than this; to worship Allah, alone (without making partners with Him in worship) and establish regular devotional prayers and pay the charity due to the poor; and this is the correct Way (way of life and religion). (Al-Baiyyinah 98:4-5)

Allah warns the Muslims not to fall into the same trap as the people before them, by disputing with each other and separating into different religious groups:

People lied about the revelations, changed their scriptures and abused and even murdered the prophets whom Allah sent to them.

It is not (possible) for any human being to whom Allah has given the Book and Al-Hukma (the knowledge and understanding of the laws of religion, etc.) and Prophethood to say to the people: "Be my worshippers rather than Allah's." On the contrary (he would say): "Be you Rabbaniyun (learned men of religion who practice what they know and also preach others), because you are teaching the Book, and you are studying it." (Aal Imran 3:78-79)

Nor would he (a messenger of Allah) order you to take angels and Prophets for lords (gods). Would he order you to disbelieve after you have submitted to Allah's Will? (Aal Imran 3:80)

Man-made religions are an abomination before the Lord and will never be accepted.

Do they seek other than the religious way of life of Allah (the true Islamic Monotheism worshipping none but Allah Alone), while to Him submitted all creatures in the heavens and the earth, willingly or unwillingly. And to Him shall they all be returned. 3:83

Allah will only accept true submission, obedience and in purity and peace to His commandments.

And whoever seeks a Way of life other than submission and surrender to Allah's Will (Islam), it will never be accepted of him, and in the Hereafter, he will be one of the losers. (Aal Imran 3:85)