Hello there! I am very confused about Allah in Islam, who is He? Is He different from the God of Christians and the Jews or what? Please explain.

Thanks a lot, dear guest, for your interesting question. 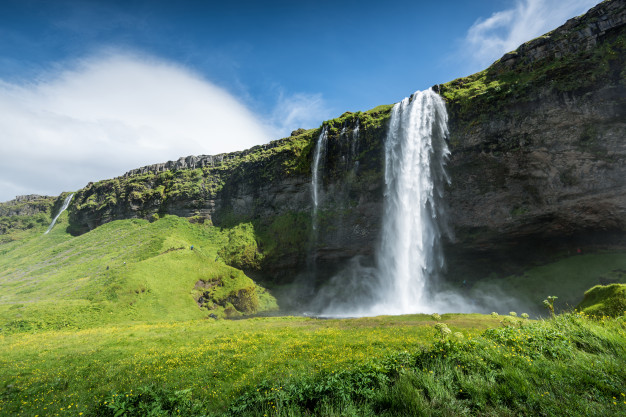 Actually, Allah is the proper name of the One True God. Nothing else can be called Allah. This term has no plural or gender, which shows its uniqueness when compared with the word ‘god’, that can be made plural, gods; or feminine, goddess.

It is a known fact that every language has one or more terms that are used in reference to God and sometimes to lesser deities. This is not the case with Allah.

Some of the biggest misconceptions that many non-Muslims have about Islam have to do with the word “Allah”. For various reasons, many people have come to believe that Muslims worship a different God than Christians and Jews. This is totally false, since “Allah” is simply the Arabic word for “God” — and there is only One God. However, it is certainly true that Jews, Christians and Muslims all have different concepts of Almighty God.

For example, Muslims, like Jews, reject the Christian beliefs of Trinity and Divine Incarnation. However, this does not mean that each of these three religions worships a different God – because there is only One True God.

Judaism, Christianity and Islam are classified as ‘Monotheistic’, however, Islam teaches that other religions have, in one way or another, distorted and nullified a pure and proper belief in Almighty God by neglecting His true teachings and mixing them with man-made ideas.

The One True God is a reflection of the unique concept that Islam associates with God. To a Muslim, Allah is the Almighty, Creator and Sustainer of the universe, who is similar to nothing and nothing is comparable to Him. The Prophet Muhammad (may Allah exalt his mention) was asked by his contemporaries about Allah; the answer came directly from Allah Himself in the form of a short chapter of the Quran, which is considered the essence or the motto of monotheism. This is chapter 112 which reads (what means):

Some non-Muslims allege that God in Islam is a stern and cruel God who demands to be obeyed fully. He is not loving and kind. Nothing can be farther from the truth than this allegation. It is enough to know that with the exception of one, each of the 114 chapters of the Qur’an begins with the verse: “In the name of Allah, the Merciful, the Compassionate.” In one of the sayings of Prophet Muhammad, we are told that: “Allah is more loving and kinder than a mother to her dear child.”

However, Allah is also Just. Hence, wrongdoers and sinners must have their share of punishment, and the pious will receive His bounties and favors. People suffering throughout their lives while seeking Allah’s bounty and people oppressing and exploiting other people all their lives should not receive similar treatment from their Lord.

Expecting similar treatment for them is contrary to the very belief in the accountability of man in the Hereafter, which removes all the incentives for striving to attain a moral and virtuous life in this world.

Islam rejects characterizing God in any human form or depicting Him as favoring certain individuals or nations on the basis of wealth, power or race. He created human beings as equals. They may distinguish themselves and get His favor only through virtue and piety.

The concepts that God rested in the seventh day of creation, that God wrestled with one of His soldiers, that God is an envious plotter against mankind, or that God is incarnate in any human being are considered blasphemy from the Islamic point of view.

The Creator must have a different nature from the things He created, because if He were of the same nature as them, He would be temporal and would therefore need a maker. Therefore, nothing is like Him. If the Maker is not temporal, then He must be Eternal.
The Eternal cannot be bound by limitations. He is the Self-Sufficient because nothing outside Him can cause him to continue to exist, and if nothing outside Him causes Him to continue to exist, this means that He is Self-Sufficient. And if He does not depend on anything for the continuance of His own existence, then His existence can have no end. The Creator is therefore Eternal and Everlasting.

Linguistically, it is interesting to note that the Aramaic word “El”, which is the word for God in the language that `Isa (Jesus), may Allah exalt his mention, spoke, is certainly more similar in sound to the word “Allah” than the English word “God”. This also holds true for the various Hebrew words for God, which is “El” and “Elah”, and the plural form “Elohim”.

The reason for these similarities is that Aramaic, Hebrew and Arabic are all Semitic languages with common origins. It should also be noted that in translating the Bible into English, the Hebrew word “El” is translated variously as “God”, “god” and “angel”! This imprecise language allows different translators, based on their preconceived notions, to translate the word to fit their own views.

The Arabic word “Allah” presents no such difficulty or ambiguity, since it is only used for Almighty God alone. Additionally, in English, the only difference between “god”, meaning a false god, and “God”, meaning the One True God, is the capital “G” which is commonly used in written works.