Between Faith and Morals in Islam 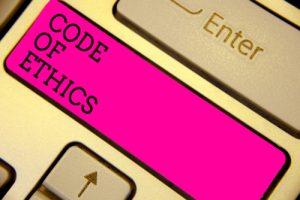 The Prophet Muhammad said, “I was sent to perfect good manners.”

The relationship between faith and ethics in Islam is represented in the fact that good manners are a sign of strong faith which produces and intensifies them. In other words, a Muslim with strong faith in Allah and His divine book and the Prophet and his statements, will always develop sublime ethics and noble manners and will be able to refine and rectify his soul and characters.

However, the bad manners are on the opposite side and indicate lack or weakness of faith. The Prophet (peace be upon him) has declared that the purpose of his message is perfecting and completing good manners. He (peace be upon him) said, “I was sent to perfect good manners.”  (Al-Bukhari in Al-Adab Al-Mufrad) The strength or weakness of faith is thus the measure of the person’s morals. The man with good manners is undoubtedly of true and pure faith in Allah and his Messenger, and the other one with evil manners is of course of bad and weak belief.

The Qur’an shows us that faith protects against vileness and drives to high morals. For this reason, Allah always uses the call “O you who believe” before giving orders of a good character or forbidding a bad one. This instills good manners in the souls and hearts of the believers and connects faith with high morals.

By then, we find the Messenger of Allah (peace be upon him) kept instilling virtues and sustaining them until they give their fruits, relying on the sincerity, pureness and perfection of faith. He did not only clarify in his answers to the questions of his companions by making that deep link between faith and noble manners, sincere worship, righteousness in this life and salvation in the hereafter but also he made it an unbroken connection that raises up and down depending on the level of faith. He continued his guidance and tips to implant in the hearts and thoughts that faith, righteousness and morality are a coherent system that cannot be torn apart.

Source: Translated and adapted from an article entitled “Manifestations of the Connection between Faith and Morals in Islam” by Dr. Mustafa Musallam on Al-Alukah.net