Beware of These Things in Shaban 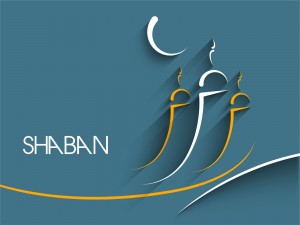 Among the preferable and chosen times during the year is the month of Shaban, though many of people would not pay attention to.

Almighty Allah, the All-Graceful and Merciful, has chosen specific times where the reward of good deed is doubled and increased more than in normal times.

These preferred times are an opportunity for the lovers of God to compete in doing good deeds in them.

They are wide and open doors to the pleasures of Paradise. Allah asks those who seek His pleasure to compete in performing the righteous deeds, as He says,

Among the preferable and chosen times during the year is the month of Shaban, though many of people would not pay attention to it. People would put their hopes on the following month, Ramadan, which excels Shaban in reward and diversity of good deeds, and forget about Shaban.

The Prophet (peace be upon him) warned us of this and made a practical example of caring for the month of Shaban. He used to fast in Shaban more than in other months as we will see below.

In this article, will try to investigate some Muslims’ attitude towards the great month of Shaban. We will identify and warn of the acts of bid`ahs (innovation in religion) that some people commit in Shaban out of ignorance and lack of knowledge, relying on the authentic hadiths and reports from the Prophet and his companions. It is hopeful that we all be careful about these things and try not to fall in them.

First: Nonobservance of the acts of worship

Some people are, unfortunately, not keen to perform much of the righteous deeds, during the month of Shaban, although the Prophet warned of this, as in this hadith. Usamah ibn Zayd, the stepchild of the Prophet, noticed that the Prophet (peace be upon him) would do much of worship in the month of Shaban more than anytime else. He asked, ‘O Messenger of Allah, I do not see you fasting during any month as much as you do in Shaban.’ He said: ‘That is a month to which people do not pay much attention, between Rajab and Ramadan. It is a month in which the deeds are taken up to the Lord of the worlds, and I like that my deeds be taken up when I am fasting.”‘ (An-Nasa’i)

Second: Fasting in Rajab not in Shaban

It is recommendable to fast a great deal of Shaban as much as one can do. Indeed, that is Sunnah. The Prophet (peace be upon him) used to fast many days during this month.

It was narrated from Abu Salamah that Aishah (may Allah be pleased with her) said: “The Prophet (peace be upon him) did not fast in any month more than in Shaban, and he used to fast all of Shaban and he used to say: “Do as much of good deeds as you can, for Allah does not get tired (of giving reward) until you get tired.” And the most beloved of prayers to the Prophet (peace and blessings of Allah be upon him) was that in which one persists even if it is little. When he offered a prayer he would persist in doing so.” (Al-Bukhari and Muslim)

It is noted here that what is meant by the saying of lady Aishah “The Prophet (peace be upon him) did not fast in any month more than in Shaban” that she means the voluntary fasting not the obligatory fasting done in Ramadan.

With regard to fasting the month of Rajab, there is no authentic hadith that indicates that there is any special virtue in fasting all or part of this month. What some people do, singling out some days of Rajab for fasting, believing that they are better than others, has no basis.  Sheikh Al-Islam Ibn Taymiyyah said, “As for fasting in Rajab in particular, the hadiths concerning that are all weak, even fabricated.” (Majmu` Al-Fatawa 25/290)

Some people used to say “Allahumma barik lana fi Rajab wa Sha`ban wa ballighna Ramadan” (O Allah, bless us in Rajab and Sha`ban, and let us reach Ramadan) believing that it is a hadith or an act of Sunnah but the fact is that it is not hadith. It was classed as weak by An-Nawawi, Ibn Rajab and Al-Albani. Ibn Rajab said:  “Yahya ibn Abu Kathir said: One of their supplications  was: “O Allah, keep me safe until Ramadan, keep Ramadan safe for me, and accept it from me.”

However, Sheikh Abdul-Karim Khudair stated that it is an inauthentic hadith but it is permissible to use it (i.e. Allahumm ballighna….) as a general supplication.”[1] 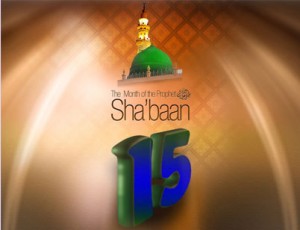 Fourth: Excellence of the 15th Night of Shaban

Allah, the Almighty, has made a special merit for the 15th night of Shaban, when He looks down to all His creation, forgives the believer and prolongs hope for the disbeliever and the spiteful. Abu Thalabah Al-Khushni (may Allah be pleased with him) said, “The Prophet (peace be upon him) said, “When it is the night of the middle of Shaban (i.e. the 15th night), Allah looks down on His creation and forgives the believers, prolongs hope for the disbelievers and leave the spiteful to their rancor until they desert it.” (At-Tabarani)

It is a great opportunity for every Muslim who seeks the pleasure of Almighty Allah and His Paradise to make peace between him and others and to repent to Allah from all sins, such as grudge, backbiting, etc. to receive this great reward from Allah.

However, it is not permissible to single out its day or night with any worship, such as fasting or praying, because it has not been reported from the Messenger of Allah or his companions anything to this effect.

Sheikh `Abdullah ibn Jibrin said in a fatwa about the 15th of Sha`ban, “It is not prescribed to spend its night in prayer or to fast its day, or to single it out with specific acts of worship. One should not be deceived by the large number of ignorant people who do these things.”[2]

Fifth: Fasting in the second half of Shaban

Abu Dawud narrated from Abu Hurairah that the Prophet said: “When Sha`ban is half over, do not fast.” This hadith indicates that it is not allowed to fast during the second half of Sha`ban. However, there are reports that indicate that it is permissible to fast at this time. Al-Bukhari and Muslim narrated that Abu Hurairah said: The Messenger of Allah said: “Do not anticipate Ramadan by fasting one or two days before it begins, but if a man habitually fasts, then let him fast.”

This indicates that fasting after halfway through Sha`ban is permissible for someone who has the habit of fasting, such as a man who regularly fasts on Mondays and Thursdays, or who fasts alternate days, and the like.

Sixth: Fasting the day of doubt

Al-Nawawi said in his book Al-Majmu`, “Scholars of our school of Fiqh said that it is not correct to fast the “day of doubt”, and there is agreement among scholars to that effect. But if a person fasts it to make up a missed day or to fulfill a vow, or as an expiation, that is acceptable, because if it is permissible to observe a voluntary fast on that day.”