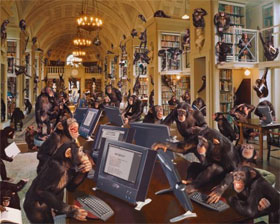 Many people wonder about the theory of biological evolution – the theory that living species on Earth today are descended from others in the past, and that the present diversity of living species we see is a result of descent with modification over the course of numerous generations.

Muslims also wonder about one of the main processes that evolutionary theory proposes to explain how evolution takes place – the process of natural selection.  This is the idea that the individuals within a populations of living organism vary in their individual traits – they are not exactly alike – and that the organisms which are most successful at leaving descendants will pass on their unique traits to the next generation at the expense of the traits possessed by less successful organisms in the population, thereby contributing to a long-term gradual change in the suite of traits found within the population. 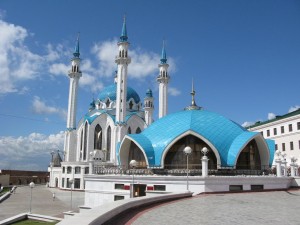 To start with, it is not our intention in this article to discuss the scientific implications of evolutionary theory.  We wish to explore the issue from the perspective of Islamic teachings.

Is a Muslim allowed to believe in evolution as a scientific theory as long as he or she accepts that God is behind it?

Is a Muslim allowed to believe in human evolution?  If not, how can we explain the fossils of upright, bipedal, tool-using apes with large brains that have been discovered?

We wish to re-emphasize that our concern here is not with examining the scientific merits of the theory of evolution.  What we want to know is what Islamic teachings have to say about the idea.  Whether evolution is true or false scientifically is another matter altogether. 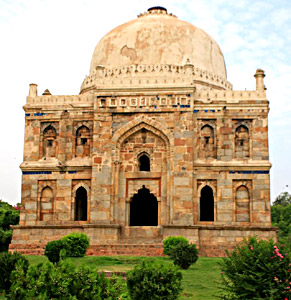 When we look at the sources of Islam – the Quran and Sunnah – we see that, with respect to human beings living on the Earth today, they are all descendants of Adam and Eve.

“O mankind!  We have created you from a male and a female, and made you into nations and tribes, that you may know one another.  Verily, the most honorable of you with God is the one who is the most God-fearing.” (Al-Hujurat 49:13)

The Prophet, may the mercy and blessings of God be upon him, identified the “male” mentioned in this verse as being Adam.  He said:

“Human beings are the children of Adam and Adam was created from Earth.  God says: ‘O mankind!  We have created you from a male and a female, and made you into nations and tribes, that you may know one another.  Verily, the most honorable of you with God is the one who is the most God-fearing’.” (Al-Tirmidhî)

We also see that God created Adam directly without the agency of parents. 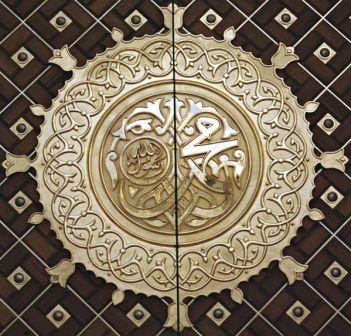 We also know that Eve was created from Adam without the agency of parents.

In the Quran, God states clearly:

“O mankind!  Be careful of your duty to your Lord Who created you from a single soul and from it created its mate and from them twain hath spread abroad a multitude of men and women.” (Al-Nisa’ 4:1)

Therefore, the Quran tells us that Adam and his wife were the father and mother of all human beings living on the Earth today.  We know about this by way of direct revelation from God.

What about other living things, besides the human beings living on the Earth today?  What about plants, animals, fungi, and the like?

When we turn our attention to this question, we find that the Quran and Sunnah do not tell us much about the flora and fauna that was present on the Earth before or at the time of Adam and Eve’s arrived upon it.  The sacred texts also do not tell us how long ago Adam and Eve arrived upon the Earth.  Therefore, these are things we cannot ascertain from the sacred texts.

The only thing that the Quran and Sunnah require us to believe about the living things on Earth today is that God created them in whatever manner He decided to create them.

“God is the Creator of all things and over all things He has authority.” (Al-Zumar 39:62)

Indeed, God states specifically that He created all life forms:

We know that “God does what He pleases.” God can create His creatures in any manner that He chooses.

The role of science is only to observe and describe the patterns that God places in His creation.  If scientific observation shows a pattern in the evolution of species over time that can be described as natural selection, this is not in itself unbelief.  It is only unbelief for a person to think that this evolution took place on its own, and not as a creation of God.  A Muslim who accepts evolution or natural selection as a valid scientific theory must know that the theory is merely an explanation of one of the many observed patterns in God’s creation.

As for the fossil remains of bipedal apes and the tools and artifacts associated with those remains, their existence poses no problem for Islamic teachings.  There is nothing in the Quran and Sunnah that either affirms or denies that upright, brainy, tool using apes ever existed or evolved from other apelike ancestors.  Such animals may very well have existed on Earth before Adam’s arrival upon it.  All we can draw from the Quran and Sunnah is that even if those animals once existed, they were not the forefathers of Adam (peace be upon him).