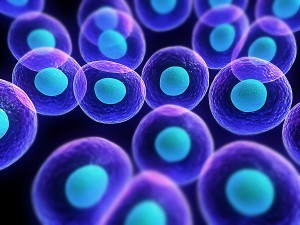 There is a phase that the chromosomes in the nucleus pass on while copying themselves that can be compared to an aesthetic show of a foursome dance group.

Every part of our body is composed of cells, which are as complex as they are small. These cells are the building blocks that ensure the continuation of human life.

Every single cell works in harmony with one another while carrying out these vital functions. But did you know that the cells speed up like a train on railroad tracks, dance, do acrobatics and even run relay races during this work?

With the common opinion of the science world, the cell, which holds the title of the most complex structure mankind has ever encountered contains many undiscovered secrets inside and forms one of the evidences of Almighty Allah’s art of creation and superior intelligence. However, when those who support the theory of evolution examine these complex processes carried out by the cell and its perfect control mechanisms, they find themselves in agreement with the words of Russian evolutionist A. I. Oparin, “I am afraid that the formation of the cell is the darkest point that surrounds the whole of the theory of evolution.” The perfect organization that takes place even in the smallest parts of the cell proves the fact of creation yet again.

Those That Speed Up on Railroad Tracks

Proteins are formed by the side-by-side arrangement of molecules that we call amino acids and are composed of carbon, oxygen and nitrogen atoms. They carry out inner cellular activities through the cavities on their three-dimensional structures or by binding to other proteins or receiver molecules. For example, motor proteins are amazing molecular machines, which carry out hundreds of different functions such as muscle contraction, cell division, chromosome movement and molecule transportation. In the case that there is a setback in the functioning of these vital parts, the human body, which is like a giant machine, cannot carry out its duties; for example our heart would not work and our life would end.

How Does Speed On Railroads Occur?

Tiny protein motors called “myosin” which turn chemical energy into mechanical movement can be compared to trains that carry molecules from one place to another. This train has a locomotive. Following the locomotive, there are other cars and finally, a caboose. They move much like a train on a railroad on the helicoid protein called “actin.” However, during this progress, the locomotive stops as it reaches to the end of the line. The caboose at the back follows the locomotive by moving faster or slower, depending on the weight of its load, and as it reaches the end of the line, stops and secures itself to the locomotive. So the locomotive and the caboose unite at the end of the tail. With this union, the substances that need to be transported are carried to just the right distance. There are three separate and intelligent phases that draw one’s attention here:

The locomotive and the caboose, which have no eyes and do not know where to go, nonetheless take their steps with equal intervals and with a very sensitive measure,

Instead of moving by turning around the helicoid shaped railroad, they continue their way on a straight line, just like a train moving on a railroad,

Stopping and waiting without hitting one another when they come to the end of the line.

The task of atoms, which possess no intelligence and consciousness in carrying the load to the desired place, of course, takes place with the inspiration of Almighty Allah and in an order He determines. However, in the Qur’an, Almighty Allah reveals that He created all things from the sky above to the earth below in order:

“He to Whom the kingdom of the heavens and the earth belongs. He does not have a son and He has no partner in the Kingdom. He created everything and determined it most exactly.” (Al-Furqan 25:2)

The growth and development of an organism, the replacement of dead cells with new ones and the formation of germination cells (sperm and egg cells) is possible with the division of the cells that compose this organism. Cell reproduction emerges depending on cell growth. As the cell reaches a certain size, the genetic structure in the nucleus copies itself, and so the DNA for the new baby cells are produced. There is a phase that the chromosomes in the nucleus pass on while copying themselves that can be compared to an aesthetic show of a foursome dance group.

The process of DNA replication takes place in a flawless organization and order that is amazing to behold.

How Does Dancing in Cells Begin?

So, could there be such a big organization in the cell just for the fun of it?

Of course not. Because as a result of the flawless division of labour by these unconscious beings while dancing and the discipline and intelligent activities observed, the DNA, meaning the archive in which all data that makes us who we are is stored, is copied without any mistake or flaw. There are of course some questions that we face here:

How do the dance partners find their own places and way back?

How do chromosomes that are physically untied and opened show the tendency to turn back to their original form in the baby cell, when the cell is dividing?

Why does the cell not change this determined attitude for most of its life?

Of course, there is only a single answer to give to these questions. All the events that take place in every cell are created by Almighty Allah’s creation moment by moment.

“… He Who created the seven heavens in layers. You will not find any flaw in the creation of the All-Merciful. Look again – do you see any gaps?” (Al-Mulk 67:3)

Proteins, which are the building blocks of the cell, maybe harmed for several reasons and become damaged. A protein being damaged means a life possibly at risk. However, a small protein called “ubiquitin” prevents this risk. When ubiquitin is added to damaged proteins, these proteins are easily recognized and they are destroyed. We can think of this small protein, ubiquitin as a baton, and the enzymes that carry it in order to tie it to the damaged proteins as runners. These three enzymes called E1, E2 and E3 carry the ubiquitin-like a baton in a relay race from one to another without dropping it or stumbling. When the baton is passed from one group to another, the relay runner sometimes goes through major changes in shape in order to hold the baton tightly and the enzymes move like a shape-shifting key thanks to these inflections and contortions. In this way, it starts the next reaction in the chain and thus delivers the baton to the following area.

Four Phases of the Cell

The cell, which is the smallest part of any living being, has four phases throughout its life. These are named as G1, S, G2 and M.

G1: The phase that passes for a newly formed cell to copy it DNA

S: The time it takes for the cell to copy its DNA

G2: The phase in which the DNA is synthesized and the cell makes its final preparations before the final division,

The transitions between the phases are very important for the cell because, once the cell passes from one phase to another, it cannot go back. For example, as it cannot reproduce the DNA with missing ingredients, it must have everything that it needs to be prepared. There is no turning back after mitosis begins. If a cell enters into mitosis (meaning division) before being ready and realizes that it will encounter a damaged division as a result, it may prefer to kill itself (apoptosis) rather than go on with the division.

The signals of these phases carry vital importance for the cell. Here some small molecules called cycline-interdependent kinase are like reporters who give the required signs to make preparations in the cell. These go and tie phosphorus molecules to the steady proteins. We can think of these as lightbulbs on proteins to which phosphorus is tied. When a reporter comes and ties phosphorus to this protein, the lightbulb is on. Other proteins get the signal as a result of the lightbulb being on and the cell understands that it will now change phase.

All the parts in the cell; DNA, ribosomes, mitochondrion, enzymes or hormones are very active beings, and they carry out amazing tasks with great success. However, these are nothing more than chemical chains, which are composed of amino acids that are arranged one after the other. These chemical compounds, which have no ability to see, hear, feel, think and decide, display a glorious “show of intelligence.” The source of this intelligence is Almighty Allah Who is the Lord of all worlds.

“Everyone in the heavens and earth belongs to Him. All are submissive to Him.” (Ar-Rum 30:26)