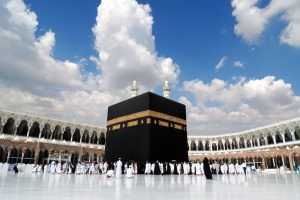 Prophet Muhammad (peace be upon him) emigrated from Makkah to Madinah to survive disbelief, polytheism, and persecution and find a wider, vaster and more fertile environment, namely Madinah.

It is Yathrib (Madina’s old name) which encompassed a pluralistic society which integrated the tribes of Al-Aws and Al-Khazraj known later as (Al-Ansar “Supporters”) with various Jewish tribes and clans.

Since this new homeland hosting Prophet Muhammad as well as his mission was a fertile soil for the message of Islam and the monotheistic cause and this message managed to attract most members of Al-Aws and Al-Khazraj, Prophet Muhammad wished for the Jews’ conversion to Islam so that Medina would be a purely Muslim society.

However, unfortunately, Prophet Muhammad’s wish was not fulfilled, nor did his earnest endeavors achieve the desired results. Instead, he was faced with the same disbelief and obstinacy as those expressed by the pagans of Mecca despite the rapprochement and bridge-building efforts he exerted.

Prophet Muhammad established the first(1) religion-based state which allowed for religious, cultural and ethnic pluralism and secured all rights and freedoms by drawing up the Charter of Madinah which was considered a precociously unique, fair pluralistic constitution which has had no match until very recently, i.e. after many centuries of religious persecution, extremism and fanaticism.

Prophet Muhammad was under no obligation to draw up this charter simply because such tolerance was not popular at the time, where the logic of dialogue was not recognized and only the logic of power and domination was adopted.

In spite of the religious and worldly gains Jews got, they did not make any encouraging response to Prophet Muhammad’s call to Islam. They even misunderstood the clemency, leniency and tolerance shown by Prophet Muhammad as propitiation and appeasement. That is why they were very pleased with Muslims’ taking Jerusalem as a Qiblah (the direction towards which prayer is offered).

They thought that this was a token of subordination to their faith and implicit recognition of the Jewish superiority on the part of Islam and Muslims. As a result, the Jews persisted in their haughtiness and arrogance.

Therefore, Prophet Muhammad wished to face the Kabah while offering prayers and take it as a Qiblah as a sort of mitigation and alleviation and out of the desire to be distinguished from the Jews who only showed arrogance and obstinacy when Prophet Muhammad faced their Qiblah.

Thus, Prophet Muhammad was very willing to declare Islam’s independence and distinction from the Jews as a way for deterring them and causing them to feel misguided and beguiled.

In this regard, God says in the Qur’an:

We have certainly seen the turning of your face, [O Muhammad], toward the heaven, and We will surely turn you to a qiblah with which you will be pleased. So turn your face toward al-Masjid al-Haram. And wherever you [believers] are, turn your faces toward it [in prayer]. Indeed, those who have been given the Scripture well know that it is the truth from their Lord. And God is not unaware of what they do. (Al-Baqarah 2:144)

Thus, the Jews took the change of the Qiblah as a very strong slap which made them feel misguided and humiliated so much so that they asked Prophet Muhammad to face their Qiblah once again. Therefore, God warned him against that. He said:

And if you brought to those who were given the Scripture every sign, they would not follow your qiblah. Nor will you be a follower of their qiblah. Nor would they be followers of one another’s qiblah. So if you were to follow their desires after what has come to you of knowledge, indeed, you would then be among the wrongdoers. (Al-Baqarah 2:145)

Though the change of the Qiblah was not an easy or facile affair, given the ensuing skepticism and the apostasy of a small number of faithless Muslims, it involved paramount religious and mundane interests, which were blessings in disguise. In this respect, God says:

And We did not make the qiblah which you used to face except that We might make evident who would follow the Messenger from who would turn back on his heels. And indeed, it is difficult except for those whom God has guided. (Al-Baqarah 2:143)

The Muslim community was at a stage of building and creation and in dire need of several changes and serious provisional gradations which could not take place without such an effective vaccine which could give this nascent community strong immunity against shake and fluctuation, grant it a crystal clear purpose and, at the same time, distinguish the faithful from the faithless. 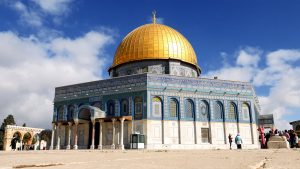 It is worth noting that the revelations sent down at Mecca were mostly restricted to the call to monotheism. The Islamic rulings were not established at Mecca. Early Muslims were not used to abrogation, change or alteration. Most of the Islamic injunctions were revealed in Medina. Gradation in legislation required the abrogation and replacement of some rulings with others.

The change of the Qiblah was the first case of abrogation in the Islamic legislation and the Qur’an. It debunked the hypocrites and the deviants. Subsequent to it, the Muslim community became stronger, more immune and ready for the change, amendment or gradation which lied ahead.

Here is the Qiblah, which Muslims faced at least five times a day and whose direction was seen as the holiest ever in the sight of Muslims, undergoing change, alteration and replacement. Thus, abrogation, alteration and gradation became more acceptable and palatable among the Muslim masses.

This even paved the way for such graded rulings as those of usury, intoxicants etc. Such rulings could not have been passed smoothly without an effective vaccine like the change of the Qiblah which gave the Muslim community strong immunity against doubt, suspicion and shakiness.

Quranic verses were revealed, emphasizing that God does not care about the Qiblah direction, be it eastbound, westbound, northbound or southbound. All of those directions still lie within the dominion of God. The Qiblah direction does not affect prayer itself for the latter is a spiritual rather than physical act given the acceptance of the prayers of the first-generation Muslims who passed away before the change of the Qiblah. In this effect, God says:

The foolish among the people will say, “What has turned them away from their qiblah, which they used to face?” Say, “To God belongs the east and the west. He guides whom He wills to a straight path.” (Al-Baqarah 2:142)

And never would God have caused you to lose your faith. Indeed God is, to the people, Kind and Merciful. (Al-Baqarah 2:143)

This is one of the exclusive characteristics of Islam and something which distinguishes Muslims from the followers of the previous divine messages. In Islam, sanctity is God’s Alone and whatever He may declare sanctified no matter how changing it may be. There is no sanctity for anyone other than God. A man cannot be sanctified or worshiped along with God, nor can a temple or synagogue be sanctified for itself. There is no sanctity that may tower above or be equal to that of God, the Most Holy One, hence came the moderateness of Islam. It is moderation between two notable extremes, namely the sanctification of man (as in Christianity) on the one hand and the sanctification of space (as in Judaism) on the other hand so that sanctity will exclusively remain God’s Alone. In the Qur’an, God says:

And to God belongs the east and the west. So wherever you [might] turn, there is the Face of God . Indeed, Allah is all-Encompassing and Knowing. (Al-Baqarah 2:115)

(1) Note: The concept of the “Religion-based State” or even “Theocracy” is not always a negative concept as may be thought by many people. The reason for rejecting this concept is the failure of the Christian Western pattern as well as other contemporary patterns. Those patterns were mostly based on rejecting the other and imposing a certain religion, doctrine or lifestyle on them. However, this is not always the case. The religion-based state established at the dawn of Islam in Medina was a unique pattern of coexistence, justice and integration. Its slogan was: “Let there be no compulsion in the matters of religion.”