Characteristics of Satan in the Qur’an

In the Qur’an, Allah reveals the various characteristics of Satan and his followers. We are told that Satan has been trying to cause every human being since Adam (peace be upon him) to stray from Allah’s path. The word Satan is derived from a word meaning “the far thing” in Arabic. The Arabic roots of the word also imply the meaning of “being on fire with hatred” and worthless.  Iblis (or Diabolis) is the leader of all the Satans and of the Satanic activities. The word Iblis means “to be peevish despairing of any good or happiness,” “to be desperate and miserably sorry.” 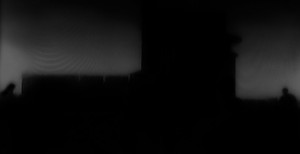 For thousands of years now, Satan has been working to achieve his goal. He will continue his stealthy activities until the Day of Judgment.

After Allah the Almighty created Adam (peace be upon him), He commanded the angels to prostrate themselves before him. All the angels obeyed except Iblis. And as a result of his disobedience, he was driven from Allah’s presence. The disobedience of Iblis is related in the Qur’an in these verses:

[So mention] when your Lord said to the angels, “Indeed, I am going to create a human being from clay. So when I have proportioned him and breathed into him of My [created] soul, then fall down to him in prostration.” So the angels prostrated – all of them entirely. Except Iblis; he was arrogant and became among the disbelievers. [Allah] said, “O Iblees, what prevented you from prostrating to that which I created with My hands? Were you arrogant [then], or were you [already] among the haughty?” (Sad 38:71-75)

We are told in other verses that the basic reason for the rebellion of Iblis was his pride and arrogance, which made him see a mere human being as inferior to himself. The 76th verse of Surat Sad, He [Satan]) said, (if the name of the surah is mentioned after the word surah, it should be Surat.

It shows how ungrateful and insolent he was. Allah created the whole universe including human beings, angels, Jinns and Satan. He creates what He wills in the shape and form He chooses. And every created being is bound to give profound respect to our Lord. To disobey and refuse to serve the One Who created us from nothing would be inane ungratefulness. But Iblis behaved heedlessly. He was driven from Paradise because of his disobedience. He views human beings as his greatest enemy; he tries to divert all people from the true path, having obtained a period of time from Allah in which to bring trouble upon human beings. This is revealed in the following verses of the Qur’an:

[Allah] said, “Then get out of Paradise, for indeed, you are expelled.  And indeed, upon you is My curse until the Day of Recompense.” He said, “My Lord, then reprieve me until the Day they are resurrected.” [Allah] said, “So indeed, you are of those reprieved. Until the Day of the time well-known.” [Iblis] said, “By your might, I will surely mislead them all. Except, among them, Your chosen servants.” [ Allah ] said, “The truth [is My oath], and the truth I say. [That] I will surely fill Hell with you and those of them that follow you all together.” (Sad 38:77-85)

For thousands of years now, Satan has been working to achieve his goal. He will continue his stealthy activities until the Day of Judgment, when the life of this universe will come to an end. Throughout human history, he has approached everyone, without exception, to draw them into evil. He makes no distinction among those he misleads. He tries to draw people of every age, status, culture and race into his way. He wants to bring everyone of different social groups, rich and poor, under his influence. In order to understand the scope of Satan’s activities and his influence on human beings, we must realize that he understands human beings very well; he knows our cultures, ideologies and our points of view. He is particularly well acquainted with the desires and weaknesses of humans. He is, therefore, able to plan and set snares. He wants to bring everyone without exception, under his influence—even those who live in the farthest corners of the world.

But most people are unaware of the true extent of this danger. They live their lives without thinking that Satan can prompt them into doing evil and later, lead them to Hell. They do not realize the influence that Satan wields over them or what kind of end he is drawing them to. One of the major reasons for their nonchalance is that few people know Satan very well.

One of the most common errors people make about him is assuming that Satan is a power wholly independent of Allah and that he is engaged in a struggle with Him. (Surely Allah is beyond that!) This is also one of the Satanists’ greatest errors: thinking that Satan is a separate power; and so they regard his rebellion and disobedience as an example for them to follow. When they in turn rebel against order and virtue, they believe that they are supporting Satan in his own struggle.

In fact, Satan is a creation of Allah and subordinate to Him. His rebellion against Allah was predetermined in his destiny by Allah. Moreover, Satan does believe in Allah and fear Him deeply. He knows that the time until the Day of Judgment has been allotted to him, and that in the Hereafter he will pay the penalty for his deeds. This is revealed in the Qur’an:

[The hypocrites are] like the example of Satan when he says to man, “Disbelieve.” But when he disbelieves, he says, “Indeed, I am disassociated from you. Indeed, I fear Allah , Lord of the worlds.” (Al-Hashr 59:16)

Satan has obtained no benefit from his disobedience; on the contrary, he has attained eternal loss. He has been exiled from Paradise and drawn into the pangs of Hell. Now his chief goal is to drag as many humans as he can along with him to suffer those same pangs. This is the essence of his struggle—against human beings and human goodness. As we can see in the Qur’an, even while persuading people toward rebellion, error and alienation from Allah, Satan remains very well aware of the truth. And when Judgment Day comes, he will abandon his followers. It will then become obvious to them that his promises were all lies. Satan’s plans and the traps he set to mislead those under his spell will then end in huge disappointment for them all. Allah reveals in the Qur’an:

And Satan will say when the matter has been concluded, “Indeed, Allah had promised you the promise of truth. And I promised you, but I betrayed you. But I had no authority over you except that I invited you, and you responded to me. So do not blame me; but blame yourselves. I cannot be called to your aid, nor can you be called to my aid. Indeed, I deny your association of me [with Allah ] before. Indeed, for the wrongdoers is a painful punishment.” (Ibrahim 14:22)

One day, Satanists, like all others who are deceived by Satan’s promptings into adopting evil ways, will certainly understand their error. But what is vital is that they understand this while they are still in this world, as soon as it is told to them. Their leader, Satan, will never defend them and will always leave them abandoned. Certainly, to believe his lies and to think that his promptings are valid is nothing but inane nonsense.

Source: Taken with modifications from the author’s The Light of the Qur’an Has Destroyed Satanism