The Concept of Common Values in Islam 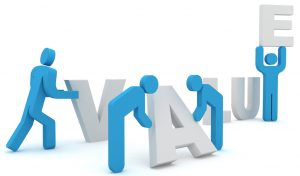 People should always respect human rights and values, as arguably this is a bare minimum quality without which humanity cannot survive.

The definition of Qiyam (values)

Firstly, let us demonstrate the definition of ‘values’. If we review the corresponding synonyms of the word values in French we will find ‘ethique‘ which indicates a set of rules of conduct. We also find the term ‘valeurs‘, which refers to matters qualified as being right, beautiful and good, in accordance with personal or societal criteria, and can be used as a criterion and reference of a moral principle.

As for the meaning of the word in Arabic, it is the plural of qimah (“value”) which refers to what makes something valuable or useful. An Arabic maxim says: “The value of a person is what they are excelled in.” The word value means a praiseworthy and noble character which prompts man to acquire it, just as precious things. Also, it refers to the price of a value.

The word qiyam may be mentioned to refer to a singular infinitive as in the Qur’an:

Also, it is mentioned in Allah’s Words:

And give not unto the foolish your property which Allah has made ‘Qiyam-an’ (a means of support for you) (An-Nisaa’ 4:5)

If something is qayyim, it has a precious value. Another recitation of the aforementioned verse says, “Din-an Qiyam-an” with the meaning of a straight religion or a religion sufficient for the interests of people and considers them.

In Islam, all our intellectual conceptions refer to a common basis for values between humans, in accordance with the following principles:

O mankind! We have created you from a male and a female, and made you into nations and tribes, that you may know one another. (Al-Hujurat 49:13)

Say, (O Muhammad), “O mankind, verily I am sent to you as the Messenger of Allah-to Whom belongs the dominion of the heavens and the earth. None has the right to be worshipped but He; it is He Who gives life and causes death. So believe in Allah and His Messenger, the Prophet who can neither read nor write, who believes in Allah and His words…and follow Him that you may be guided. (Al-A`raf 7:158)

So set your face towards the religion of pure Islamic monotheism, (Allah’s Fitrah) with which He has created mankind. No change let there be in Khalqillah (the religion of Allah), that is the straight religion, but most of men know not. (Ar-Rum 30:30)

All minds and languages consider ‘justice’ a noble and beloved word. It is commonly accepted that ‘truthfulness’, ‘freedom’, ‘tolerance’, ‘faithfulness’ and the like are praiseworthy words for all people. Mankind also deems the opposite of such words as dispraised and unacceptable, for example ‘injustice’ or ‘oppression’. If you say to the most wrongful person that he is unjust he will become annoyed, even if he is described fairly. The same is true for ‘lying’, ‘fanaticism’ and ‘betrayal’ that are reprehensible words and detested by all people. Likewise, nature and reason deny them. Is this not a practical evidence and clear proof on the existence of common values?

People should always respect human rights, as arguably this is a bare minimum quality without which humanity cannot survive. But, employment of noble characteristics, such as leniency, mercy, altruism, cooperation and helping the needy or disabled regardless of their race, religion or geographic origin, provides a new concept for humanity. This concept surpasses the neutral principle of human rights, such as equality and blindness to difference, to positivity in treatment which gives the other a sense of love and brotherhood.

This notion conforms with the Arabic saying: “Treat people as you would like them to treat you.” There is a hadith which refers to such deeper meanings which states: “None of you believes until they love for his brother what they love for themselves.” This hadith confirms the value of love and the value of human brotherhood which gives a sense of kinship. In fact, this explanation is not my own as, many centuries ago, scholars such as Ibn Rajab Al-Hanbali in his explanation of Al-Arba`in Al-Nawawiyyah (“The Forty Hadith compiled by Al-Nawawi”) and Al-Shabrakhiti said, “The brotherhood mentioned in the hadith is the human brotherhood.”

Love is a graceful value, as every human being yearns to be loved. It is rare that you come across a person who enjoys being hated by others. Such behavior is a paradox, where some people quarrel with others on the plea that the latter do not love them. However, they mistake the means to people’s hearts, as maintained by the Mauritanian scholar. When love is felt by both sides, no aggression emerges. Love is constituted of sentiment, behavior, incarnation, and declaration. The Prophet (peace be upon him) said: “When one of you loves another, let he inform him of that.” So, it is a value because all people have a high opinion of it, even those who do not share it. Such is the criterion of value. Everybody seeks to acquire it because everyone wishes to be just and tolerant.

However, these values may dry up if they are not fostered and developed by education. An Arabic poet once said: “If nurtured by noble deeds…good manners grow like a plant.” As a matter of fact, the most important value that symbolizes the solution of the world’s problems is the respect of disagreement, or even love of disagreement, so that it is regarded as a source of cultural richness, a sort of gracefulness and a basis for human character. If we think highly of disagreement and develop the law of virtue in addition to the law of human rights, we can put the basis of employing the common values that turn difference into harmony and change enmity to love in accordance with Allah’s saying:

The good deed and the evil deed cannot be equal. Repel (the evil) with one which is better; then verily! He, between you and whom there was enmity (will become) as though he was a close friend. (Fussilat 41:34)

It is a moral law confirmed by the Qur’an, namely tolerance, that gives birth to love.

Scholars of religion should be a part of the solution and not a part of the problem. We have witnessed in the past some scholars who have only agitated disagreement by trying to please others, but such actions have reflected negatively on the values of human cooperation and good understanding. Media, institutions of civil society, universities and research centers are also invited to play a positive role in developing values. Likewise, political leaders should take part and make great effort to decrease injustice. Leaders should look to obtain solutions for enduring problems, even if they are not conclusive or perfectly fair, as solving matters through military means is simply immoral.

Source: Taken with modifications from Binbayyah.net