Consequences of Nihilism and Hedonism 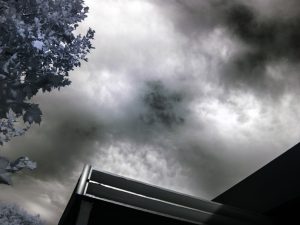 Consequences of Nihilism and Hedonism

The dire consequences of such a modernist philosophy and such a set of modernist behavioural patterns could be anticipated. And they were as pervasive and universal as the philosophy and lifestyles that instigated them.

As Seyyed Hossein Nasr puts it:

“Modern man has burned his hands in the fire which he himself kindled when he allowed himself to forget who he is. The problem of the devastation brought upon the environment by technology, the ecological crisis and the like, all issue from the malady of amnesia or forgetfulness from which modern as well as postmodern man suffer.”[1]

Modern man has simply forgotten who he is and how he is relatable to the spiritual realm and the realm of his Creator and the Creator of the whole universe. Living on the periphery of his own circle of existence, Modern man “has been able to gain a qualitatively superficial but quantitatively staggering knowledge of the world. He has projected the externalized and superficial image of himself upon the world. And then, having come to know the world in such externalized terms, he has sought to reconstruct an image of himself based upon this external knowledge.”[2]

One of the greatest crimes of modernity was the undue exaltation of man’s freedom. Such happened to the extent that it was held that man was so talented and capable that he could act independently of any other agent in the universe while harbouring the idea of a new world and indefinite material progress therein, which was set to be identifiable with the attainment of man’s inclusive welfare and happiness.

It was additionally believed that only a free man could change and form the world. On account of his newly acquired qualities – on top of which stood absolute freedom – man could do so “as he willed irrespective of any cosmic laws or even of the Divine Will.”[3]

Thus armed with his rebellious and defiant tendencies against Heaven and the metaphysical world, selfish and avaricious personality, disoriented mind and character that lacked any genuine moral compass, modern man was set to cause in the long run more damage than benefit for himself, humankind and the natural world. He proved thereby that his modernity project was more of a mirage than an authentic and definite achievement.

The global spiritual, moral and environmental crises that have been brought about by modern man and his science and its applications in the sphere of technology, have been unprecedented both in scope and intensity. So critical and so omnipresent are the crises that they could yet prove a cause of the ultimate demise of man as a species.

Having fully forgotten who he is, where he belongs and what his life purpose and mission are, artificial modern man has created artificial environments for himself and his operations. Concrete jungles, calling to mind the worst and most unpleasant aspects of modern predominant urban life, have become the rule of the day for modern urbanized man.

From those artificial environments, nature, human natural disposition and, of course, elements of spirituality, have been excluded to the greatest possible extent. Nature has become desacralized for the modern man. It has come to be regarded as something to be used, exploited and profited from to the fullest extent possible without any sense of obligation and responsibility towards it.[4]

All the talk nowadays about sustainable development and peaceful coexistence with nature is not due to modern and postmodern man’s sudden change in attitude towards nature, life and himself. Rather, it is due to man’s realization that the natural resources of the world are dwindling at an alarming rate. As such, he will soon become unable to rampantly use and enjoy nature for his greedy and selfish ends, as he did in the past.

As attractive as they seem, the notions of sustainability and preservation of nature aim only to prolong man’s raping and exploitation of the natural world as a means as well as object of his physical pleasure-seeking. Hence, the issue is never about nature, but about man; nor is it about the inherent interests of nature, but about the artificial and extravagant interests of man.

Lastly, as an illustration of the scale of the problems faced by man today, according to the findings from a United Nations-backed panel called the Intergovernmental Science-Policy Platform on Biodiversity and Ecosystem Services (IPBES), up to one million plant and animal species face extinction, many within decades, because of human activities.

Without “transformative changes” to the world’s economic, social and political systems to address this crisis, the IPBES panel projects that major biodiversity losses will continue to 2050 and beyond. “We are eroding the very foundations of our economies, livelihoods, food security, health and quality of life worldwide,” says IPBES chair Robert Watson.[6]