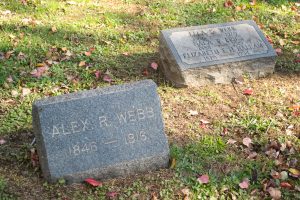 I have been requested to tell you why I, an American, born in a country which is nominally Christian, and reared under the drippings, or more properly perhaps the drivelling, of an orthodox Presbyterian pulpit, came to adopt the faith of Islam as my guide in life.

I might reply promptly and truthfully that I adopted this religion because I found, after protracted study, that it was the best and only system adapted to the spiritual needs of humanity. And here let me say that I was not born as some boys seem to be, with a fervently religious strain in my character. When I reached the age of 20 and became practically my own master, I was so tired of the restraint and dullness of the Church that I wandered away from it and never returned to it.

Fortunately, I was of an enquiring turn of mind. I wanted a reason for everything, and I found that neither laymen nor clergy could give me any rational explanation of this faith, but either told me that such things were mysterious or that they were beyond my comprehension. About eleven years ago I became interested in the study of Oriental religions. I saw Mill and Locke, Kant, Hegel, Fichte, Huxley, and many other more or less learned writers discoursing with a great show of wisdom concerning protoplasm and monads, and yet not one of them could tell me what the soul was or what became of it after death.

I have spoken so much of myself in order to show you that my adoption of Islam was not the result of misguided sentiment, blind credulity, or sudden emotional impulse, but it was born of earnest, honest, persistent, unprejudiced study and investigation and an intense desire to know the truth.

The essence of the true faith of Islam is resignation to the will of God and its cornerstone is prayer. It reaches universal fraternity, universal love, and universal benevolence, and requires purity of mind, purity of action, purity of speech and perfect physical cleanliness. It, beyond doubt, is the simplest and most elevating form of religion known to man.

Mohammad Alexander R. Webb was born in 1846 at Hudson, Columbia County, New York. Educated at Hudson and New York he became an essayist and a short-story writer. He took to journalism and became the editor of St. Joseph Gazette and of Missouri Republican. In 1887, he was appointed United States Consul at Manila, Philippines. It was during this assignment that he studied Islam and joined its fold. After becoming Muslim he extensively toured the world of Islam and devoted the rest of his life to Missionary work. He also became the head of the Islamic Propaganda Mission in the USA. Mr. Webb died on 1st October 1916.