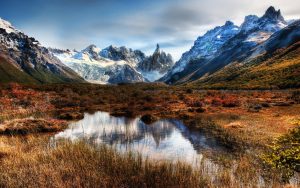 I have felt myself a Muslim from the moment that I had to address the people in one of the Lahore mosques and had to shake hands with the innumerable new friends and brothers.

What has attracted me to this faith?

I began with my study of Eastern languages at the University of Leiden in 1919 and attended the lectures of Prof. C. Snouck Hurgronje, the well-known Arabist. I learned Arabic, read and translated Al-Baidawi’s commentary on the Qur’an and Al-Ghazali’s reflexions on the Law. I studied the history and institutions of Islam from European handbooks as was usual in that time. In 1921, I stayed in Cairo for one month and visited the Al-Azhar. Besides Arabic, I studied other languages such as Sanskrit, Malay, and Javanese. In 1927, I left for the then Netherlands Indies to teach Javanese language and Indian cultural history at a special secondary school for advanced studies in Jogyakarta. For 15 years I specialized myself in Javanese language and culture (modern and old) and had little contact with Islam and no contact at all with Arabic. After a difficult period which I spent as a Japanese prisoner of war, I went back to the Netherlands in 1946 and found a new task at the Royal Tropical Institute in Amsterdam. Here I had the opportunity to take up again my study of Islam, being instructed to write a short guide on Islam in Java.

I started to study the new Islamic State of Pakistan which was culminated in a journey to Pakistan in the winter of 1954/55. Having come to know Islam till now from European writers only, in Lahore I was confronted with quite another aspect of Islam. I asked my Muslim friends to be allowed to take part with them in the Friday prayers in the mosques and from now on I began to discover the great values of Islam.

I have felt myself a Muslim from the moment that I had to address the people in one of the Lahore mosques and had to shake hands with the innumerable new friends and brothers. I wrote about this event in an article, published in Pakistan Quarterly, Vol. V. no. 4, 1955, the following lines:

We were now to visit a much smaller mosque, where the sermon was delivered by a scholar who spoke English fluently and had a position of eminence at the University of Punjab. He informed the congregation that he had deliberately interspersed more English words than usual in his sermon, as he thought that their brother who had come from a far country, the Netherlands, would then understand the Urdu discourse more easily. The sermon was followed by the usual recitation of two rak’ahs under the leadership of the Imam. This done a few more rak’ahs were performed in silence by those who felt the need to do so.

I was about to leave when Allamah Sahib, turning to me, observed that the assembly expected me to say a few words. He himself would translate them into Urdu. I went and stood before the microphone and quietly started to speak. I said how I had come from a faraway country where only a few Muslims live, whose greetings I conveyed to the brothers present in the Mosque, who for the last seven years were so fortunate as to have their own Muslim State. In these few years, the new State had succeeded in consolidating its position. After a difficult beginning, they could undoubtedly look forward to a prosperous future. I promised them that, back in my country, I should bear witness to the great kindness and hospitality it had been my privilege to receive from all sections of the Muslim population in Pakistan. These words having been translated into Urdu had a wonderful effect, for, to my intense surprise, without even realizing at first what was happening, I saw hundreds of worshippers hasten forward to press my hands and to congratulate me. Old hands and young clasped mine with the most affectionate cordiality. But what struck and touched me most was the great warmth all these eyes radiated. At that moment I felt taken up in the great Brotherhood of Islam which extends throughout the world, and I was indescribably happy.

So the people of Pakistan made me understand that Islam was more than just acquaintance with many details of the Law, that belief in the moral values of Islam had to come first and that knowledge should be conditional to reaching faith.

What is now for me the beauty of Islam and what in particular has attracted me to this faith!

I will try to give a short answer to these questions in 6 points.

The acknowledgment of One Supreme Being, uncomplicated and easy to accept by every reasonable thinking creature: Allah, He on Whom all depend. He begets not, nor is He begotten and none is like Him. He represents the highest wisdom, the highest strength, and the highest beauty. His Charity and Mercy are boundless.

The relation between the Creator of the Universe and His creatures, of whom man has been entrusted with the supreme direction, is a direct one. The believer does not need any mediation; Islam does not need priesthood. In Islam contact with God depends on man himself. Man has to prepare himself in this life for the next. He is responsible for his deeds, which cannot be compensated by a substituting sacrifice of an innocent person. No soul shall be burdened beyond its capacity.

The doctrine of tolerance of Islam, so clearly manifested in the well-known words: There is no compulsion in religion. A Muslim is recommended to search for the truth where he may find it; also he is enjoined to estimate the good properties of other religions.

The doctrine of brotherhood of Islam, which extends to all human beings, no matter what color, race or creed. Islam is the only religion which has been able to realize this doctrine in practice. Muslims wherever in the world they are will recognize each other as brothers. The equality of the whole mankind before God is symbolized significantly in the Ihram dress during the Hajj.

The fact that Islam accepts matter and mind both as existing values. The mental growth of man is connected inseparably with the needs of the body, whereas man has to behave in such a way that mind prevails over matter and matter is controlled by the mind.

The prohibition of alcoholic drinks and narcotic drugs. This is, in particular, a point in respect of which it may be said that Islam is far ahead of its time.

Dr. R. L. Mellema is the Head of the Islamic Section of the Tropical Museum, Amsterdam, and is the author of Wayang Puppets, Grondwet van Pakistan, Een Interprtatie van de Islam, etc.