Coronavirus (COVID-19) and the Deluding Behavior of Man 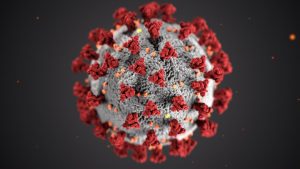 During the Coronavirus (COVID-19), the world realized that there is an absolute power that manages the whole world.

Allah (God) created Man and endowed him with the freedom of choice. So, unlike angels, who cannot disobey Allah (Exalted be He), Man can choose and decide what way to follow or what deed to do; however, he is responsible to Allah for what he does or for what he chooses whether good or evil.

Thus, Man will either be rewarded for his good deeds or punished as a result of his evil deeds. Nevertheless, Allah, the Most Merciful, does not leave Man without help or guidance.

He (Exalted be He) sends Messengers and Prophets to Mankind throughout Man-history to guide and enjoin them to follow the right path that leads to the pleasure of Allah and ultimately to Paradise, at the same time to warn Man against wrongdoing that may lead him to the wrath of Allah and eventually to torture in Hell.

If we trace Mankind history in this world, we notice that Allah (Exalted be He) tests Man by evil and by good.  We read in the Quran what means:

Every soul shall have a taste of death: and We test you by evil and by good by way of trial. to Us must you return. (Al-Israa 17:35)

So, Allah blesses Man with the blessings of hearing, sight, and heart as well as so many blessings such as health and wealth to see if Man feels grateful or ungrateful to his Lord.

Say: “It is He Who has created you (and made you grow), and made for you the faculties of hearing, seeing, feeling and understanding: little thanks it is ye give. (Al-Mulk 67:23)

Likewise, Allah (Exalted be He) puts Man in clear and evident trials such as diseases, fear, hunger, loss of dear persons or loss of properties throughout lifetime to see if Man remembers his Lord, refuges to Him and seeks relief from Him or he forgets about his Lord depending only on his poor potentials. Allah says:

Be sure we shall test you with something of fear and hunger, some loss in goods or lives or the fruits (of your toil), but give glad tidings to those who patiently persevere, Who say, when afflicted with calamity: “To Allah We belong, and to Him is our return”: They are those on whom (Descend) blessings from Allah, and Mercy, and they are the ones that receive guidance. (Al-Baqarah 2:155-157)

However, if Man passes these tests successfully through patience, gratitude, repentance and submission to His Creator, he, in this case, is successful and deserves guidance as well as the pleasure of his Lord.

On the other hand, if Man shows ingratitude to his Lord, challenge to His Will, and disobedience to His commands; he, in this case, shall be exposed to severer trials and ultimately to his Lord’s anger that may lead to his obliteration.

Unfortunately, unlike believers, Man, in general, is often ungrateful to his Lord. Although Allah (Exalted be He) saves him from danger and destruction; he forgets his Lord’s Mercy and bounty, and instead of being thankful to Him, he shows ingratitude and wrongdoing.

That is why, when Man practices misconduct and betrayal like that; unluckily, he tastes its painful consequences during his lifetime before he tastes them in the Hereafter. Allah says

When We make mankind taste of some mercy after adversity has touched them, behold! they take to plotting against Our Signs! Say: “Swifter to plan is Allah!” Verily, Our messengers record all the plots that you make! ((Yunus 10:21)

When Man is surrounded with danger, he supplicates the Almighty (Exalted be He) to save him from that danger promising Allah to be grateful and thankful for His Majesty. However, when he is saved and feels safe, he commits wrongdoing and transgresses himself forgetting his Lord’s favor upon him.

He it is Who enables you to traverse through land and sea; so that ye even board ships;- they sail with them with a favorable wind, and they rejoice thereat; then comes a stormy wind and the waves come to them from all sides, and they think they are being overwhelmed: they cry unto Allah, sincerely offering (their) duty unto Him saying, “If thou dost deliver us from this, we shall truly show our gratitude!”

But when he delivers them, behold! they transgress insolently through the earth in defiance of right! O mankind! your insolence is against your own souls,- an enjoyment of the life of the present: in the end, to Us is your return, and We shall show you the truth of all that ye did. (Yunus 10:22-23)

This is the deluding nature of Man. As soon as he is saved by his Lord; he, being conning, does not keep his promise to his Lord Who saves him from danger and bestows blessings upon him.

On the contrary, he turns into a wrongdoer on the earth forgetting all his undertakings and pleas to Allah (Exalted be He) in time of danger thinking that he is quite safe from risk and he is no more in need to his Lord’s mercy and help.

Has not the ungrateful Man got that his Lord Who saves him from danger is able to place him again into risk where he shall find no protector nor helper to him except his Lord. Has not the obstinate and unwise man realized that Allah is capable in this case to destroy him as a punishment for his ingratitude. 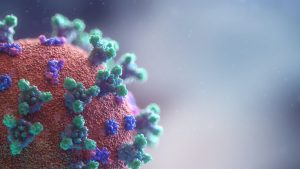 When distress seizes you at sea, those that ye call upon – besides Himself – leave you in the lurch! but when He brings you back safe to land, you turn away (from Him). Most ungrateful is man

Do you then feel secure that He will not cause you to be swallowed up beneath the earth when ye are on land, or that He will not send against you a violent tornado (with showers of stones) so that ye shall find no one to carry out your affairs for you?

Or do you feel secure that He will not send you back a second time to sea and send against you a heavy gale to drown you because of your ingratitude, so that ye find no helper. Therein against Us? (Al-Isra 17:67–69)

Strange is this human being! He does not remember Allah unless he is at a life-threatening situation; yet, he rarely returns to his innate pure nature, and cleans it from impurities and corruption except at time of distress, and as soon as he feels safe he either forgets his supplications and assurances to His Lord or becomes an ungrateful transgressor excluding the believer or the straightforward person whose innate nature is still alive, sound and always washed up with faith.

Nowadays, the whole world with all its various or different categories: the rich and the poor, the powerful and the weak, the easterner and the westerner, the progressive and the backward, they are all exposed to the same threat. That is why so many people all over the world have started to think of the absolute power that controls the whole world. So many apostates and unbelievers have started to look for the truth and they have realized through the evident universal signs and the current epidemic of Coronavirus (COVID-19) that there is an absolute power that manages the whole world. They realized that the super human powers stand unable to defend themselves against the Devine will of the Creator of the Universe.

Likewise, most people have realized that whatever Man plots, nothing takes place in this world except in accordance to what Allah the Almighty wills. Accordingly, so many non-Muslims have believed in the Oneness of the Creator who governs the whole world. They have believed in Allah and adopted the religion of Islam that calls for the Oneness of Allah the Almighty the Wise Who has neither a partner nor a son.