We are just a few days away from the month of goodness and blessings. It is the month of Ramadan during which the Qur’an was revealed as guidance to people and clear proofs of guidance as well as a criterion between right and wrong. 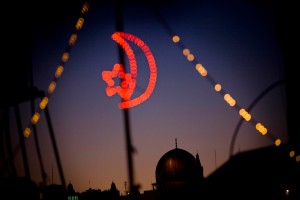 It is such a great opportunity and a divine grant which a skillful da`iyah (Islamic caller) should not lose.

This month is seen as a considerable opportunity for the call to Allah, the Almighty, as hearts are opened for goodness, selves are prepared for change, souls soar in the world of faith, Paradise gates are opened, Hellfire gates are closed and devils are chained up.

It is such a great opportunity and a divine grant which a skillful da`iyah (Islamic caller) should not lose. He rather should seize and optimally take advantage of it. This is feasible only through good Da`wah preparations for this month and when it is carefully planned at all levels so that he will benefit from each of its moments and gifts.

The following are some suggestions for the Da`wah preparations for Ramadan:

The da`iyah’s role is primarily the faithful, spiritual and devotional development of people. This is feasible only when he himself goes through such development. The one who has nothing can give nothing. So should a da`iyah want to increase people’s faithful stock, he should increase his own stock first either inside or outside Ramadan.

When it comes to such an opportunity, since it comes only once in the year, the above moral obligation becomes more binding, given the fact that the self is in need of gradual preparation and adaptation, so that it will reach a high and stable level of faith and devotion. This is feasible only through great self-restraint and self-struggle. Therefore, one saint said: “I struggled against myself in order to pass the night in devotions. As a result, I have tasted its sweetness for twenty years.”

Therefore, a da`iyah should henceforth set about the following:

The mental and spiritual preparation through sensing Ramadan’s atmosphere and gifts and reading writings about its virtues.

Keenness on passing the night in devotions even by offering just two rak`ahs (units of prayer) so that when Ramadan comes he becomes ready for leading people in the qiyam (voluntary night prayer).

Keenness on reading through the Qur’an both carefully and devoutly.

Fasting on Mondays and Thursdays or days of Sha`ban as much as possible.

Charitable spending and almsgiving so that he will be a good example for others.

The da`iyah’s role is based on preaching and spreading the word of Allah, the Lord of worlds, in accordance with the following Qur’anic verse:

The most important aspect of the da`iyah’s preparation is the scholarly preparation through the following:

Reading the jurisprudence of fasting carefully and studying the frequently asked questions so that he will raise awareness of it among people and be ready to reply to their questions and enquiries in this field.

Drawing a cognitive map for Ramadan so that he will set the goals he wants to achieve throughout this month.

From now, he can poll people about the most important topics which they want him to discuss so that he will focus on the most common topics among people.

Setting about the preparation of and carefully studying the scholarly material which achieves the objectives of his plan which is based on reality so that if Ramadan comes, he will just run through the lessons which facilitate continuous communication with people and diversification of sources and topics.

Preparing some brochures which contain some fasting ethics and rulings as well as Ramadan virtues.

Communicating with other da`iyahs and scholars for exchanging scholarly and Da`wah ideas.

A da`iyah should not wait until Ramadan comes and then begins preparing people. He should rather hasten to do that before the advent of Ramadan through the following:

Urging people to do more acts of worship on the remaining days of Sha`ban in preparation for Ramadan.

Reminding them of the virtues of Ramadan from now, stressing the necessity of early preparation for it so that they will begin preparing themselves as well as their children and households early.

From now, he along with people can begin performing some rituals which prepare them for worship in Ramadan like the Qiyam (voluntary night prayer), reciting the Qur’an at the mosque, fasting or breaking fasting together.

We mean by “Field Preparation” making sure of some administrative and preparatory matters as follows:

Making sure that the mosque and the prayer places are ready and can accommodate people.

Preparing Iftar (breaking-fast meal) places for the poor and others at the mosque.

Making proper and complete arrangements for the above matters, especially the financial, administrative and other matters so that he will receive Ramadan without preoccupation with such matters which may distract him from worship and devotions.