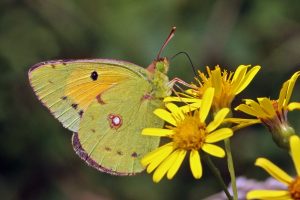 These butterflies have certainly not been trained in physics or any other field.

The appearance of butterflies is admirable. These creatures, which with their colorful wings and elegant flight are like living ornaments, are some of the sources of beauty that Allah creates for us. However, a marvelous appearance is certainly not the only feature of butterflies. These short-lived creatures sometimes do calculations such as a specialist would do. For example, like the moths, the body heat of a butterfly has to be at a certain temperature in order for it to fly. Let us see what butterflies do to solve this problem.

Besides, this butterfly species has small dark spots on its wings. These spots, the function of which is to maintain a higher body temperature, are not located just anywhere. They are close to the points that most need to be warm. As a result of this particular creation, heat transmission from these spots, which warm up quickly, to other parts of the body is facilitated since the distance that needs to be covered to transmit heat is shortened. 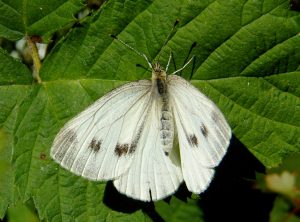 Another butterfly species employs a similar method to increase its body temperature. You all know what a lens is. Some are used to produce enlarged images whereas some others are used to produce smaller images of objects. For example, glasses consist of a pair of lenses. Besides this function, a lens angled correctly toward the sun can concentrate the sun’s rays on a certain spot. Using this method, it is possible even to light a fire. The pieris, another butterfly species, angles its wings toward the sun so that all rays are concentrated on certain parts of its body that most need to be warm, in a similar way as a lens functions.

These butterflies have certainly not been trained in physics or any other field. They cannot know about the features of a lens. They do not know which angle would receive the greatest amount of heat. Allah, Who watches over and protects all things, inspires in butterflies what they should do to regulate their body temperature. As Allah reminds us in the Qur’an: