Does Ramadan Have Any Impact on Us? 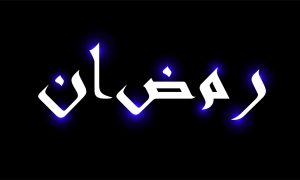 With Ramadan upon us, many of our homes naturally infused with the excitement and anticipation of this month of fasting, Tarawih prayers, night vigils, reciting the Qur’an and connecting with family and friends.

Khutbahs (sermons) abound with instructions on how to make the most of this month of mercy and how to make its benefits long-lasting. But how real are the effects of a month of abstaining daily from food and drink, additional prayer, and giving charity to us as individuals?

The editors of Al-Jumu`ah magazine wanted to know how Muslims in America evaluated their Ramadan experience.

Does Ramadan accomplish what it should for us personally? Does it make us more worshipful, improve our characters, and train us for the year ahead? Also, how do newly married couples feel about the restraints Ramadan imposes on them?

To this end, we surveyed men and women asking them to self-evaluate their Ramadan program. Having spent the last two Ramadans overwhelmed by natural life changes, I instinctively believed people would have felt a kind of lag in the recent Ramadans that have passed—too many Iftars, not enough time for prayer and reading Qur’an, little concentration in our prayer. And dare I say, even missing a few tarawih prayers…?

To my pleasant surprise, the Muslims we interviewed were highly positive about their Ramadan routines. Fully 88 percent of the people we surveyed said they had special programs they implemented during this month. Aspects of their routine included reading Qur’an (across the board, this was a daily goal), attending all of the tarawih prayers, Dhikr, performing extra prayers, not overeating, Qiyam, and, as one of our answerers straightforwardly told us, sin analysis.

Of that group, nearly 100 percent of them said they felt their Ramadan programs were effective in bringing about positive change to their worship habits and character beyond the month of Ramadan. How heartening is that?

“During the month, I get out of work at 3 p.m., giving me time to do all the above… which is a reminder to me of how busy I have become in worldly matters and not taking time out for myself or my spirituality.

“After the month is over, I am reminded of these things, and it stays with me, or sometimes afterward. For example, after last Ramadan, I was reminded how little of the Qur’an I have memorized and that I need to get closer to the Qur’an. Since then, I have slowly been trying to memorize the 30th juz’ and have succeeded,” one answerer told us.

This detailed response is quite similar to how others replied: “For me, it’s very helpful because, throughout the entire month, my number one goal is to collect as many “hasanat” as possible. That should be the case throughout the year, but during this month I’m consciously tracing all the opportunities for potential thawab. So for one month, that’s my ultimate goal and anything else that I want to do, like study or work or socialize, I can make time for later.”

Ramadan as a Marriage Foundation

A little more than 35 percent of the people surveyed were newly married just shortly before Ramadan. Of these, nearly 70 percent were happy to have been married so close to the month.

I was surprised by people’s positive responses to the long-lasting effects of their Ramadan routines, I was stunned by the cheerful attitude of our respondents about this aspect. I, too, was married shortly before Ramadan, and my husband and I found it quite difficult. Our focus had to be away from getting to know each other leisurely and enjoying “non-worshipful” activities together, and much more toward fasting, reading Qur’an, performing tarawih and so forth.

Suffice it to say, we were a little disappointed by the shift in focus. But the surveyed were far happier with their first Ramadan as newlyweds. One articulate respondent said: “Ramadan was only a few weeks after our wedding. It didn’t pose that great a challenge. On the contrary, it was nice to have that experience so early on, as our marriage should be based on pleasing Allah and coming closer to Him together…it gave us that opportunity to help each other do that by praying more together and reading books, etc., together because it’s a time when you don’t feel like your pressuring `religiosity’ on someone (as during this time it’s something that everyone wants to do), whereas otherwise, a newly married couple might feel wary to do things like that so early on together and want to focus their marriage on `enjoying’ their time together. Obviously, this is important, but for a strong marriage it needs to be more than that.”

One respondent summed it up as a great opportunity, as both spouses stopped smoking in Ramadan together.

The small percentage of people that felt more could come out of Ramadan are not to be ignored. Some felt, “The month of Ramadan is fine but after[wards] everything goes back to normal again.”

I think many of us can relate to that. When our families and communities are all partaking in focused `ibadah (and it’s only for one month), it’s much easier to keep up the rhythm and commitment to be worshipful.

But when those special routines come to an abrupt end, it’s harder to continue on that path. As one of our respondents advised, it’s really about how much you put into the month. The more you put in, the more “focused [you are] on realizing that it’s a means of bringing [you] closer to Allah,” the more likely it is that Ramadan will bring long-lasting benefits to your spiritual life.

Others, primarily women, said they felt that if they had someone to watch their kids, they could focus more on tarawih prayer. They also believed that Mosque etiquette and socialization needed to be worked on. “[Get] the women to stop talking during tarawih. If you are there to socialize, then don’t come!” Furthermore, “start a culture of more worship and less iftars during Ramadan…, for some reason, during the month of more worship, we create more social obligations of dinners and reciprocal dinners we need to attend!”

I am aware that our survey does not include all the diverse voices in the American Muslim community, nor is its sample sufficient to be statistically significant. But it was a detailed-response survey, and for so many of our respondents to express their positive attitudes about, not its significance, but the impact of Ramadan on them and their own experience of it is a cause to be grateful to Allah, the only One who guides and sets hearts aright. For truly the month of the Qur’an, as it is also called, is supposed to be a kind of boot-camp, a focused and all-out 30-day (or 29) break from normal life, filled with `ibadah and good works, so that we build the spiritual muscle to be the worshipful creatures we were created to be during the marathon race of the rest of the year.

For this percentage of people surveyed to feel so upbeat about their Ramadan schedules should encourage us to utilize the month in much the same way. Mosques and community centers take note: Overwhelmingly, respondents felt their Ramadan programs were directly tied to connecting with the community, going to the Mosque, and being around family and friends that were also on a similar, vigorous worship program.

Here is my word of advice:

Many of us here in America express an attitude about Ramadan, almost with pride, that we are a people that remain economically and academically “productive” in Ramadan. In fact, many of us say we believe that we increase our “productivity,” and work more in Ramadan, while our fasting and prayer at night don’t slow our wear down, they don’t make us produce less, or affect our academic studies. Nor do they affect the amount of money we earn.

This attitude grows out of a false materialistic view. Ramadan teaches us that there are transcendent values that are worth taking a break from our yearly routines for, and those are more profound, deeper and more meaningful than material values.

In fact, our respondents, who felt a meaningful success in Ramadan, reflected this in our survey. More than 75 percent of them mentioned the time they took off or away from work to concentrate on the spiritual goals they set out for themselves as being key in their spiritual success.

In Ramadan, we refrain from food and drink and sexual pleasure in the day and strive to worship longer and harder at night. This can potentially reduce our GPAs, our productivity at work, or cause us to take days off because of the fatigue we experience from our daily spiritual exertions. But the right attitude toward Ramadan tells us that that’s okay.

It’s not a constant mode of life, our Ramadan routines. It’s one month out of the year. Furthermore, we use this one month out of 12 to build certain characteristics in ourselves at precisely the expense of material acquisition. We endeavor to build taqwa, resolve, and psychological discipline.

We want to instill in ourselves, in the long run, the spirit of sacrifice. We desire to train ourselves in the virtues of resilience and heartiness. So, the message here is not fast and amp up your worship schedule without it taking a toll on your worldly pursuits, but take a break from the latter and focus on the former. It’s not only all right to do it, it’s what you must do to make Ramadan most effective.

Our fasting is meant to affect us, to deplete us in a worldly sense, so as to replenish us in faith and the fear of Allah Almighty. We fast out of a belief in the Afterlife, putting our Hereafter deliberately and squarely out in front of our pursuit of the world and our misguided attempts to consume it, which is exactly as it should always be. But the heavy spiritual disciplines of Ramadan—and they should be arduous amount to a regime that does, indeed, have a major physical effect on us, and thus should it be.

Now Ramadan is before you. Make it count. Make it last!