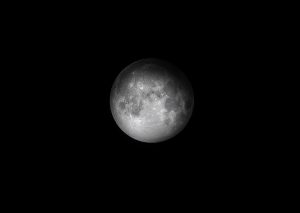 It’s not a horror book, but the latest Living Planet report makes for some seriously frightening reading.

Perhaps the scariest statistic: humans have wiped out about 60 percent of the planet’s animal life since 1970.

Equally worrying: more than two-thirds of the world’s wildlife could be gone by 2020 if current trends continue.

The World Wildlife Fund and its various partners have tracked population changes in Earth’s animal species for decades and the details of the latest report are grimmer than ever, they warn.

The Living Planet Index tracks more than 4000 species spread across nearly 17,000 populations. From 1970 to 2014, the number of animals with a backbone — birds, reptiles, amphibians, mammals, and fish — plummeted across the globe, on average, by about 60 percent.

For freshwater vertebrates, losses topped 80 percent. Geographically, South and Central America have been hit hardest, with 89 percent less wildlife in 2014 than in 1970.

But Australia’s region didn’t fare particularly well either. The report found that Australia’s Koala population is disappearing at a rate of about 20 percent a decade.

Environmental degradation and what critics say is a lack of government oversight to protect koala habitats led environmentalists to declare the koala was “functionally extinct” in Queensland in 2016.

Australia’s deforestation along the east coast put us among the worst in the world and the only developed country on the list of big deforesters, according to the report.

The index of extinction risk for five major groups — birds, mammals, amphibians, corals and an ancient family of plants called cycads — shows an accelerating slide towards oblivion. Depending on which categories are included, the current rate at which species are going extinct is 100 to 1000 times greater than only a few centuries ago.

By definition, this means that Earth has entered a mass extinction event. It is only the sixth such event in half-a-billion years — and this one has been led by humans.

Louise McRae from the Zoological Society of London worked with the WWF to produce the data which underpins the report. Speaking to ABC radio this morning she said human-led agriculture and exploitation was the overwhelming culprit.

“We can put the cause down to humans in some form or another,” she said.

“We looked at what was threatening these populations and the biggest cause was loss or fragmentation of their habitat, that’s the primary cause and the driving force of that is the conversion of land for agriculture.”

The second biggest threat to species was overexploitation such as hunting, overfishing and the illegal wildlife trade.

In fact, the report was released the same day as China announced it is relaxing the ban on trade in rhinoceros and tiger parts for scientific, medical and cultural purposes.

The introduction of invasive species in certain environments was also a factor in the dramatic species decline.

Ms. McRae noted the increased role of environmental groups in protecting wildlife habitats and called on world governments to do more to protect the planet’s biodiversity.

“We’ve actually got more land protected than ever before but it’s not enough to stem the decline,” she said. “So what this report is asking for is top level commitments by governments — something similar to the Paris Climate Accord — that is going to take the decline of biodiversity seriously.”

In 2009, scientists weighed the impact of humanity’s expanding appetites on nine processes — known as Earth systems — within nature. Each has a critical threshold, the upper limit of a “safe operating space” for our species.

The do-not-cross red line for climate change, for example, is global warming of 1.5 degrees Celsius, according to a new UN report.

So far, we have clearly breached two of these so-called planetary boundaries: species loss, and imbalances in Earth’s natural cycles of nitrogen and phosphorous (mainly due to fertilizer use).

For two others, climate and land degradation, we have one foot in the red zone. Ocean acidification and freshwater supply are not far behind. As for new chemical pollutants such as endocrine disruptors, heavy metals, and plastics, we simply don’t know yet how much is too much.

More generally, the marginal capacity of Earth’s ecosystems to renew themselves has been far outstripped by humanity’s ecological footprint, which has nearly tripled in 50 years.

“In terms of a tipping point, for certain habitats, for certain ecosystems, for coral reefs for example, they are at a very critical stage. The alarm is quite real for certain areas of the planet,” Ms. McRae told the ABC.