Evolution: The Most Potent Spell 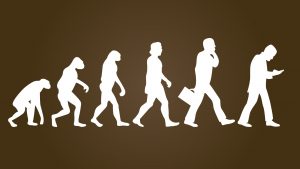 Anyone free of prejudice and the influence of any particular ideology, who uses only his or her reason and logic, will clearly understand that belief in the theory of evolution, which brings to mind the superstitions of societies with no knowledge of science or civilization, is quite impossible.

As explained above, those who believe in the theory of evolution think that a few atoms and molecules thrown into a huge vat could produce thinking, reasoning professors and university students; such scientists as Einstein and Galileo; such artists as Humphrey Bogart, Frank Sinatra and Luciano Pavarotti; as well as antelopes, lemon trees, and carnations. Moreover, as the scientists and professors who believe in this nonsense are educated people, it is quite justifiable to speak of this theory as “the most potent spell in history.” Never before has any other belief or idea so taken away peoples’ powers of reason, refused to allow them to think intelligently and logically, and hidden the truth from them as if they had been blindfolded. This is an even worse and unbelievable blindness than the totem worship in some parts of Africa, the people of Saba worshiping the Sun, the tribe of the Prophet Abraham (as) worshiping idols they had made with their own hands, or some among the people of the Prophet Moses (as) worshiping the Golden Calf.

In fact, Allah has pointed to this lack of reason in the Qur’an. In many verses, He reveals that some peoples’ minds will be closed and that they will be powerless to see the truth. Some of these verses are as follows:

“As for those who do not believe, it makes no difference to them whether you warn them or do not warn them, they will not believe. Allah has sealed up their hearts and hearing and over their eyes is a blindfold. They will have a terrible punishment.” (Al-Baqarah: 6-7)

“Even if We opened up to them a door into heaven, and they spent the day ascending through it, they would only say: ‘Our eyesight is befuddled! Or rather we have been put under a spell!’” (Al-Hijr, 14-15)

Words cannot express just how astonishing it is that this spell should hold such a wide community in thrall, keep people from the truth, and not be broken for 150 years. It is understandable that one or a few people might believe in impossible scenarios and claims full of stupidity and illogicality. However, “magic” is the only possible explanation for people from all over the world believing that unconscious and lifeless atoms suddenly decided to come together and form a universe that functions with a flawless system of organization, discipline, reason, and consciousness; a planet named Earth with all of its features so perfectly suited to life; and living things full of countless complex systems.

“He said: ‘You throw.’ And when they threw, they cast a spell on the people’s eyes and caused them to feel great fear of them. They produced an extremely powerful magic.” (Al-A‘raf, 116)

As we have seen, Pharaoh’s magicians were able to deceive everyone, apart from the Prophet Moses (as) and those who believed in him. However, his evidence broke the spell, or “swallowed up what they had forged,” as revealed in the verse:

“We revealed to Moses: ‘Throw down your staff.’ And it immediately swallowed up what they had forged. So the Truth took place and what they did was shown to be false.” (Al-A‘raf, 117-118)

As we can see, when people realized that a spell had been cast upon them and that what they saw was just an illusion, Pharaoh’s magicians lost all credibility. In the present day too, unless those who, under the influence of a similar spell, believe in these ridiculous claims under their scientific disguise and spend their lives defending them, abandon their superstitious beliefs, they also will be humiliated when the full truth emerges and the spell is broken. In fact, world-renowned British writer and philosopher Malcolm Muggeridge, who was an atheist defending evolution for some 60 years, but who subsequently realized the truth, reveals the position in which the theory of evolution would find itself in the near future in these terms:

I myself am convinced that the theory of evolution, especially the extent to which it’s been applied, will be one of the great jokes in the history books in the future. Posterity will marvel that so very flimsy and dubious an hypothesis could be accepted with the incredible credulity that it has.

That future is not far off: On the contrary, people will soon see that “chance” is not a deity, and will look back on the theory of evolution as the worst deceit and the most terrible spell in the world. That spell is already rapidly beginning to be lifted from the shoulders of people all over the world. Many people who see its true face are wondering with amazement how they could ever have been taken in by it.