Fascism: The Return of Paganism 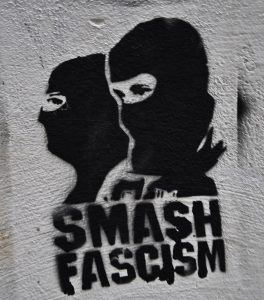 Human beings must be judged by whether or not they conform to what God has revealed as the truth, not by their strength.

Previously, we identified fascism as a system of violence that emerged in pagan societies. The basic reason for this violent tendency in fascism comes from the philosophy of “worshipping strength,” that might is right. The strong have the right to rise to the top and crush the weak. Fascists greatly admire the strong but hate and despise the weak. The fundamental principles of this perverted philosophy are waging war, shedding blood, ruthlessness, and cruelty.

Against this perverted mentality that emerged in Sparta, in the arenas of the Roman Empire, and in the pagan barbarian tribes from the North of Europe, there is the beautiful morality God has revealed to us by means of religion. As revealed to man throughout history by prophets and holy books, such as the Torah, the Gospel, and the Qur’an, what matters is not” strength,” but “truth.” Human beings must be judged by whether or not they conform to what God has revealed as the truth, not by their strength. The strong are charged with being gentle and compassionate to the weak, not crushing and oppressing them. A human being’s duty is to protect the weak and be merciful and peace-loving, not to be cruel and ruthless.

Modern fascism, with its roots in the 19th century, is a product of ideologies that desire to oppose those rules of morality revealed to man by religion, and to replace them with a racist, blood-thirsty and cruel culture of paganism. The neo-Pagan tendency, which began with the French Revolution, was given shape by Friedrich Nietzsche and carried forward to Nazi ideology. Evolutionists such as Charles Darwin, Francis Galton, and Ernst Haeckel strove to give so-called scientific support to this rising paganism, by denying the existence of God and attempting to demonstrate that all of life consists of a “struggle for survival”, thus justifying racism.

The American historian, Gene Edward Veith, sums up these developments in his book Modern Fascism: Liquidating the Judeo-Christian Worldview this way: “Fascism is the modern world’s nostalgia for paganism… It is a sophisticated culture’s revolt against God.”

Nazism clearly revealed that fact. The Nazis defended paganism, both during the early stages, and also when they came to power in 1933. They tore German society away from Christianity and tried to turn it to pagan beliefs.

Even in the 1920s, Alfred Rosenberg, the Nazis’ foremost ideologue, was already claiming that Christianity would be unable to generate sufficient spiritual energy under the Third Reich that was to be set up under Hitler’s leadership and that the German people would have to return to the old pagan religion. According to Rosenberg, when the Nazis came to power they would have to replace all the Christian symbols in churches with swastikas, copies of Mein Kampf, and swords symbolizing German invincibility. Hitler was influenced by these views of Rosenberg, although he refrained from implementing the so-called German religion because he was afraid of what society’s reaction might be.

However, important neo-pagan practices were experimented with during the Nazi era. Not long after Hitler came to power, Christian holidays and festivals were replaced by pagan ones. “Mother Earth” or “Father Sky” were called on at wedding ceremonies. In 1935, Christian prayers in schools were stopped, and then all lessons concerning Christianity were banned.

As made clear in the book The Pink Swastika, which discusses the Nazis’ pagan ideologies (and homosexual tendencies), “the revival of Hellenic paganism became a fundamental aspect of the Nazi identity.”

The same book stresses the fact that there was a homosexual tendency in that pagan movement which formed the basis of Nazi identity. It also gives an interesting example of the Nazis’ links to Greek pagan culture:

Who were these “intellectuals” who popularized Nietzschean fascism in Germany? Stefan George, one of Germany’s most popular poets of the time, was a pederast, and “a guiding example” to the Community of the Special…. “George and his disciples,” writes Oosterhuis and Kennedy “revivified Holderlin’s concept Griechendeutschen (Hellenic Germans)… His [Stephen George’s] last book, Das Neue Reich (The New Kingdom) published in 1928, “prophesied an era in which Germany would become a new Greece”. In 1933, when Hitler came to power, he offered George a position as President of the Nazi Academy of Letters.

Under Nazi rule, many policies were implemented that were aimed at establishing a re-awakening of pagan culture. Schoolchildren were taught the so-called “Glorious pre-Christian German history,” and various rites and ceremonies, legacies of pagan culture, were held all over Germany. All Nazi meetings were in the form of traditional pagan ceremonies. There was almost no difference between Nazi rallies, held under the shadow of flaming torches, where slogans full of hate and hostility were shouted and Wagner’s pagan music played, and the perverted ceremonies carried out thousands of years ago at pagan temples and altars.

To re-awaken paganism, the Nazis also used the arts. Ancient Greek concepts and symbols began to predominate under Nazi rule, and many statues similar to Greek one were made portraying strong men and women of the Aryan race. Hitler dreamed that a “superior race” would be formed through eugenics, and a cruel and oppressive “world kingdom” would be established based on the Spartan model. The expression “The Third Reich” is a testament to this dream. (Hitler attempted to found the third and greatest German kingdom after two others which had existed previously). Because of this dream, 55 million people lost their lives in the Second World War, the bloodiest conflict that the world had ever seen. The genocides Nazis carried out against various ethnic groups such as the Jews, Gypsies, and Poles, as well as prisoners of war from other nations, were of a savagery unprecedented in history.