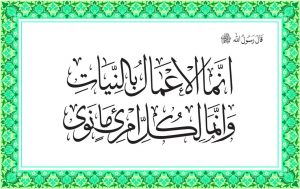 No doubt Islam is a divine faith revealed by Allah the Almighty Who created the whole universe and beyond to guide all humanity towards the Right Path. The Qur’an, the Divine Book cherished by Muslims, is a comprehensive book that contains everything ever needed by man to obtain the state of being well satisfied in this present life and the hereafter. The one who carried the Qur’an to Muslims was Prophet Muhammad (Peace and blessings be upon him) who was sent by Allah to humanity to teach them all about Islam and to show them through practice the innate essence of Islam as a faith and how it can mingle with life to make it far better than ever before. He was the practical example of Islam with all its principles, morals, ethics and all. Through him, Muslims came to know all about their faith and the sound and only correct way of worshipping Allah the Almighty. Prophet Muhammad’s traditions and narrations are called hadiths. One of the greatest compilers of his hadiths, Abu Dawoud, is reported to have said, “Only four hadiths may suffice a Muslim to complete his faith.” However, before citing these four hadiths, I have to say that Prophet Muhammad (Peace and blessings be upon him) left behind thousands of hadiths that are all authentic and reliable. But, what Abu Dawoud meant is that the Prophet was so eloquent that he could express many meanings via using a few words only and that some hadiths are more comprehensive than others in terms of addressing issues so that if one only practices or applies these hadiths he may not need to do anything else to obtain Allah’s Pleasure and nearness in Heaven.

Now, let’s take a look at these hadiths which read what may mean,

It is narrated on the authority of Amirul Mu’minin [Leader of the Faithful], Abu Hafs ‘Umar bin al-Khattab (May Allah be pleased with him) who said: “I heard the Messenger of Allah (Peace and blessings be upon him) say: ‘Actions are (judged) by motives (niyyah), so each man will have what he intended. Thus, he whose migration (hijrah) was to Allah and His Messenger, his migration is to Allah and His Messenger; but he whose migration was for some worldly thing he might gain, or for a wife he might marry, his migration is to that for which he migrated.’” [Bukhari & Muslim]

This hadith enjoins a true Muslim to mind his own business and not to busy one’s self with that which does not concern him.

Abu Hurairah (May Allah be pleased with him) reported: Messenger of Allah (Peace and blessings be upon him) said, “It is from the excellence of (a believer’s) Islam that he should shun that which is of no concern to him.” [At-Tirmidhi]

Anas (May Allah be pleased with him) reported: The Prophet (Peace and blessings be upon him) said, “No one of you becomes a true believer until he likes for his brother what he likes for himself.” [Al-Bukhari and Muslim]

Some of the righteous predecessors said: The people who love Allah look by the light of Allah, and they are compassionate with those who disobey Allah. They hate their actions but show mercy to them so that through their admonitions they might leave their actions. They are afraid that the Hellfire will consume their bodies. The believer will not truly be a believer until he is pleased for people to have what he is pleased for himself. If he sees in someone else some merit by which they excel him, then he wishes the like of it for himself. If that merit is related to the religion then it is good. [Ibn Rajab, Jami’ al-Ulum wal-Hikam]

This hadith shows that what is lawful is clear and what is not is clear but there are some things which are unclear; therefore, one should abstain from approaching these unclear things lest he falls into the unlawful and become sinful.

An-Nu`man ibn Bashir narrated that the Messenger of Allah (Peace and blessings be upon him) said: “The lawful is clear and the unlawful is clear, and between that are matters that are doubtful (not clear); many of the people do not know whether it is lawful or unlawful. So whoever leaves it to protect his religion and his honor, then he will be safe, and whoever falls into something from them, then he soon will have fallen into the unlawful. Just like if someone grazes (his animals) around a sanctuary, he would soon wind up in it. Indeed for every king is a sanctuary (pasture), and indeed Allah’s sanctuary is what He made unlawful.” [At-Tirmidhi]

To conclude, for one to be a real and true Muslim, one should:

Purify his intention;
Mind his own business;
Like for others what he likes for himself; and
Leave doubtful things.