General Means of Da`wah (Part One)

Since people are often at a loss as to how they should go about giving da`wah, some of them pretend with ignorance as an excuse not to do anything, the following list of general means of da`wah have been compiled from among the many possible ways to give da`wah in order to make the way easier: 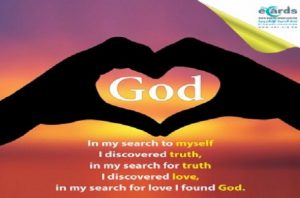 Create or purchase a variety of beautiful eye-catching posters.

Create or purchase a variety of beautiful eye-catching posters whose scenes match though-provoking Islamic texts or suitable da`wah situations and put them in appropriate locations around the city.

Print and distribute congratulatory cards and `Eid cards, as well as cards commemorating other occasions of Islamic significance which contain beneficial da‘wah messages and slogans.

Collect awe-inspiring pictures and powerful da`wah slogans in da`wah albums which may be kept for visitors and guests or given as a gift.

Request the person you wish to invite to Islam to revise or type out a da`wah article as a means of indirectly exposing them to the Islamic information you wish to get across to them.

Send da`wah messages by mobile to the general public or by email to mass mailing lists as reminders for religious occasions or lectures, etc.

Utilize the Internet for da`wah conversations or participate in any of the many the chat rooms in which Islam is being maligned on the net.

Participate in spreading the da`wah by developing and presenting radio and TV programs or writing Islamic articles in local newspapers. These programs should be widely advertised through the many means of communication mentioned.

Arrange for the posting of stickers containing beneficial Islamic reminders in appropriate locations like the prayer for traveling and riding vehicles in buses, airplanes. Distribute stickers containing the supplications for various occasions like leaving and entering the home, the toilet, etc., for people to put around the home. Negotiate with hotels and other such institutions to post stickers with beneficial advice like the sticker showing the direction of the Qiblah (Ka`bah direction) in hotel rooms, etc., to remind residents of prayer and help them to do so properly.

Post schedules of the prayer timings and Ramadan fasting timings, on bulletin boards in suitable locations around the city as prayer reminders and guides for those fasting.

Print attractive calling cards with da`wah information and arrange to have shops include them with their products when giving them to their customers.

Design post cards with attractive local scenes or landmarks with brief Islamic messages on the back. For example, a post card with a picture of a date farm could have on the back a Qur’anic reference to the water cycle.

Purchase and distribute da`wah briefcases manufactured with many pockets designed to hold leaflets, booklets and tapes in various languages for easy circulation.

Start a project to collect used magazines and Islamic books, etc. from homes and institutions in order to ship them or distribute them where they are needed.

Select da`wah articles from books or lectures from tapes and reprint them as leaflets and flyers for various occasions like people going on Hajj or on vacation, or for expatriate workers, or for the sick, doctors and nurses, or for prisoners, for women and children, or for weddings, Ramadan or `Eid.

Include brief Islamic announcements and reminders on common utility bills like telephone or water and electricity bills as well as on supermarket bills.

Catchy Islamic sayings or slogans can be printed on calendars, agendas, car sunscreens, plastic shopping bags and other similar items that are commonly circulated among the masses of people, with the agreement of their manufacturers and by providing those responsible with suitable sayings.

Prepare letters for specific categories of people. For example, letters may be directed to the neighbor of a mosque, to the mosque’s imam, to the public speaker, to the doctor, to the teacher, to the student, to a publisher, to a father, to a mother, to a husband, to a wife, to an employer, a trader, a consumer, a security guard, a prisoner or a traveler.

Purchase and give away Islamic books, tapes, CDs, DVDs, videos, etc. as prizes in general knowledge quiz competitions or programs specially designed for certain categories of knowledge like science or particular categories of people like high school students, etc.

Arrange for the production of books, tapes and CDs about the stories and confessions of those who were astray and then were guided, as well as publications containing poems, plays and literary pieces and linguistic works, and the biographies of famous people, and modern business related work on topics like administration and communication, international politics and science and medical topics like the functions of the body etc., in order to reach groups that do not normally read purely religious books.

The various da`wah offices should organize the weekly delivery of their flyers, books and tapes to houses and schools at certain times.

Approach companies and institutions that specialize in co-coordinating and holding major events and programs for big occasions such as marriages, and prepare special da`wah material for distribution at the events.

Purchase van type vehicles and write on them suitable phrases of da`wah and park them in public places in order to distribute a variety of audio and visual da`wah materials.

Make neon signs or bill boards with da`wah messages and erect them in suitable places in the country to promote the da`wah and advertise activities and events.