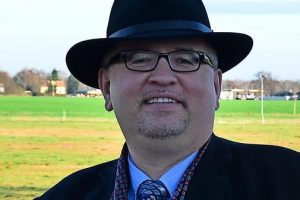 Arthur Wagner, a member of the far-right, anti-Islam Alternative for Germany (AfD) has converted to Islam, leaving his position on the party’s national executive committee, Deutsche Welle reported Tuesday.

Rumors about Wagner’s conversion to Islam followed his resignation from his position in AfD party on January 11.

Though Wagner refused to comment on his conversion to Islam, the news was confirmed by the party spokesman Daniel Friese.

“The party has no problem with that,” Friese said.

“Religion is a private matter. We support the constitutional right of religious freedom,” he added.

Wagner, a German of Russian origin, had been a representative of the AfD since 2015. He was a member of the state committee with responsibility for churches and religious communities.

The AfD has become the third-largest party in Germany, after winning 12.6 percent of the vote in parliamentary elections on Sept. 24.

The party’s basic program, which was adopted last year, claimed that “Islam does not belong to Germany.”