Hajj: A Journey of Selfless Brotherhood 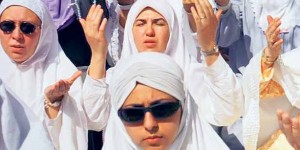 I will never forget that experience because of the ‘as-yet’ unparalleled thirst, coupled with the utter helplessness that I had felt, at being unable to quench it.

Hajj: A Journey of Selfless Brotherhood

The journey of Hajj is dotted with incredible experiences of selfless brotherhood for most pilgrims.

For someone who has never gone for Hajj, I do not think any amount of literary research, academic classes, or wistful anticipation can prepare them enough for what the journey entails, and what they will bring away from it eventually, in the form of practical lessons, life-changing experiences, and long-lasting memories.

Hajj is an experience and journey like no other. You have to go on Hajj yourself to be able to fully learn, decipher and fathom just what it entails.

Many a time, after the initial days spent smoothly and uneventfully in hotels, the talbiyah-repeating pilgrim might find himself musing over the logic behind performing all the Hajj rituals. He or she might wonder why God has ordained this journey upon those of His believing slaves who can physically and financially afford it; a journey that involves observance of strict restrictions in ihram and the communal performance of rites combined with often exhausting travel, starting and ending with a 5-day sojourn in different places around Makkah.

Hajj necessitates camping out, if I may call it that, under the open sky that alternatively brings down the scorching rays of the sun during the day, and the tender glow of the moon and radiant stars during the night, in makeshift accommodations that, though they might offer air conditioning and carpeting in this day and age, do not make many tall promises of exclusiveness, hygiene, privacy, personal space, or ‘avant-garde’ luxury, except perhaps for a few select, “bourgeois” and affluent pilgrims.

For most, staying overnight in the sprawling tented city of Mina, or the barren plain of Muzdalifah, and spending the better part of the day in the plain of Arafah, involves being like a drop in the ocean or a speck of dust in a sand dune: inconsequential and one among millions, disheveled, hot, sweaty, worn and tired, making with bare minimal of the necessities of survival in order to obey the call of the one Lord in front of whom everyone on this sacred journey has the same status – that of a penitent slave longing to be forgiven all of his/her past sins.

The journey of Hajj is dotted with incredible experiences of selfless brotherhood for most pilgrims. Ask anyone who has made the journey in the past, and they will most probably narrate to you one or two events that happened to them during their memorable Hajj experience that left them amazed; their hearts humbled before God, and their senses totally in awe of the selflessness that God’s creation is capable of exhibiting towards their brethren in faith who are in need.

I once had such a wonderful experience in Al-Masjid Al-Haram, when I was extremely thirsty after performing tawaf (circumambulation around the Holy Ka`bah) and was unable to find a way among the crowd of women seated around the Ka`bah to get to the nearest Zamzam canisters.

In those days, several years ago, the coolers containing Zamzam were placed inside Al-Masjid Al-Haram in several strategic spots for easy access. However, on that night when I completed tawaf, the `Isha prayer was imminent, and there was no space to even move an inch, let alone walk through, the innumerable women seated firmly on the floor around the ka`bah, awaiting the call to prayer.

You will realize as a pilgrim during your trysts in both the haramain (the two holy mosques in Makkah and Madinah), that willingly giving way to another Muslim, or even sharing one’s personal prayer spot or space once one has obtained it after much difficulty, is something only a very few, big-hearted pilgrims are able to do. Most tend to fight tenaciously to defend their space, which is quite sad actually, especially during the state of ihram, in which fighting, quarreling, arguing and wrangling is as disallowed as cutting nails, hair and putting on perfume:

“Let there be no obscenity, nor wickedness, nor wrangling in the Hajj…” (Al-Baqarah 2: 197)

Seeing my forlorn facial expression that undoubtedly gave away my immense thirst, and my repeated longing looks towards the Zamzam coolers, a sister in the crowd seemed to comprehend the motive behind my anguish and gestured for me to pass her my empty water bottle. I passed it along, and was surprised to see the hitherto motionless and placid crowd of seated sisters suddenly became ardent and willing comrades in a common mission: getting my water bottle filled with Zamzam.

It is when the moments of comradeship suddenly occur during Hajj that a pilgrim suddenly realizes how the longing of his heart and the supplication of his tongue has been answered by God within seconds!

Every sister eagerly took the bottle when it reached her and passed it on to the one seated next to her in line, until it finally reached the sister who was seated nearest to the Zamzam coolers. She quickly filled it up, and then they all passed it back to me just as quickly as they had done a minute earlier.

When I, at last, grabbed the bottle full of the precious life-giving water that I was pining for a few minutes earlier, from which my mother and I, whose throats were completely parched dry with thirst, gobbled up the water greedily, words cannot describe the gratitude that I felt then towards all the sisters who helped me, especially that first sister who initiated everyone else around her, seated between herself and I, to help me get that water. I smiled, gushed and used my hand gestures to express my gratitude to the sister as best as I could from afar, when in reality I wanted to give her a big hug!

I will never forget that experience because of the ‘as-yet’ unparalleled thirst, coupled with the utter helplessness that I had felt, at being unable to quench it.

Truth be told, such bittersweet, exhilarating moments recur for many pilgrims during Hajj – at times when they need the aid of fellow pilgrims in order to get something required for basic survival, such as water, food, clothing, shelter, relief from bodily needs, medical supplies, or directions when they are lost among an unending sea of people, detached from their group and not knowing the way to go back to their tent.

For such a frantic, desperate pilgrim having an urgent need that is then fulfilled by a compassionate and sympathetic brother or sister who goes out of their way to take on the responsibility of helping them, seems like a dream come true – embodying an earnest dua’ answered promptly by God!

It could be loaning someone your sleeping bag during a cold night in Muzdalifah, because they forgot their own bedding on the bus; or giving someone a couple of antibiotic prescription drugs from your own supplies, in order to relieve their excruciating cough, even though their coughing disrupted your sleep the whole night in Mina; or giving your only remaining bottle of water to another so that they can perform ablution before a prayer which they are about to miss, even if it means that you will have to do tayammum (dry ablution); or lending someone your extra ihram sheets because theirs became soiled on the way to the toilet – helping out another brother or sister in faith by giving them something they need embodies the true spirit of Hajj.

Just as the teamwork, selfless kindness and empathetic compassion of a silently compliant group of sisters helped fulfill my survival need because they all came together to help me, so too many a time, Hajj brings you face to face with life-saving “angels” in human form, who rescue you from distress and become your unsung heroes.

It is at moments such as these that you begin to realize why God ordained Hajj for us at least once during our lifetime, so that we can truly and practically experience the beauty of selfless brotherhood, and come away with valuable lessons that leave an impact that lasts a lifetime.

Sadaf Farooqi is a freelance writer based in Karachi, Pakistan. She has a postgraduate master degree in Computer Science and a diploma in Islamic education. She has seven years of experience as a teacher of Islamic education courses for women and girls. She has an award winning blog called Sadaf’s Space, and has written for Hiba Magazine, SISTERS Magazine, Saudi Gazette and MuslimMatters.org. Sadaf has also authored a book titled Traversing the Highs and Lows of Muslim Marriage.